Fantasy Baseball Daily Round Up: April 25 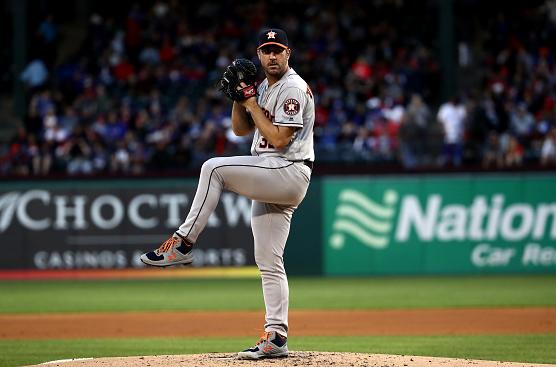 Youth will continue to be served with the formal promotion of Vladimir Guerrero Jr. to the Toronto Blue Jays on Friday night. Honing his skills in the minors, Guerrero Jr. hit a laser shot to right field for a home run in his final game at Triple-A in Syracuse on Wednesday. In eight games with Buffalo, and the same baseball being used in the majors, Guerrero slashed a robust .367/.424/.700 with three home runs. Amongst all the tweets and celebration on Twitter, this one by his Dad won the night:

My son! The country that saw you as a child will now see you turn into a big one.

Working hard everything can be done. I’m proud of you!

As for his impact, Guerrero Jr. owns the ability to hit the ball with high exit velocities to all fields. Although his defense at times will be called into question, Guerrero Jr. will mash in the majors. Given his career .331/.413/.531 slash in the minors over 1,075 at-bats and 44 home runs, the new challenge should be exciting. Those who own him should get him active immediately.

#VladJr will debut on Friday.

Not only will this debut make headlines, but, Chris Paddack tossed a gem getting his first major league win striking out nine over seven innings allowing a hit and a walk against the Mariners. He definitely reflected the message on his glove in this outing:

Here's a look at how all #Padres prospects are faring so far this year: https://t.co/InCqy9bh15 pic.twitter.com/yz6fsbgz8B

Paddack generated 13 swinging strikes, seven with his change-up, and 15 called for a 33.7 CSW (called plus swinging strikes) percentage. He also became the first Padres pitcher to throw seven shutout innings with at least eight strikeouts among his first five career stats. Paddack’s also the first pitcher in the Live Ball Era (since 1920) with five straight games yielding three hits or fewer while facing at least 15 batters according to Jeremy Frank (@MLBRandomStats). Pretty, pretty, good. Here’s the rest of the Round Up from a busy Wednesday in baseball.

While the focus in fantasy can shift to the up and coming talent, Justin Verlander continues his strong start to the season winning his fourth decision and becoming the first Houston pitcher to last until the eighth inning this year. Verlander allowed a home run to Jorge Polanco along with three other hits and no walks with eight strikeouts. He also produced 13 swinging strikes and 14 called of his 98 pitches for a 27.5 CSW%, just below league average, but still productive given the results.

Things did not go as planned with the news of Cody Allen being temporarily demoted from closing games in the near term. Ty Buttrey entered the game with the bases loaded and no outs due to a mess created by Luís Garcia , in the seventh. Buttrey limited the damage, keeping the lead. He also worked 2.2 innings before getting tagged with the loss and a blown save in the top of the ninth inning on a bloop single by D.J. LeMahieu. Hansel Robles registered the last out. New manager Brad Ausmus hinted a committee going forward, but Robles and Buttrey should get the majority of high leverage chances while Allen tries to rebound.

With the Cubs trailing, Javy Baez stepped up to spark a rally with a three-run home run, helping them come back from six runs down:

Teammate Jason Heyward also hit a three-run home run, his fifth of the season. Here’s a look at when Heyward’s hit his fifth home run over the last few years:

A smash and dash for José Ramírez . He racked up three hits including his second home run and stole his sixth base.

Jesús Aguilar owners can fear the worst. Eric Thames launched his fifth home run on Wednesday, upped his average to .273 and his on-base plus slugging percentage to .941 in the process. This could portend a future platoon at first base. Marcell Ozuna continues to put worries about his shoulder to rest hitting his ninth home run and driving in three.

Trusting the Rockies to play a young player comes with a grain of salt, but, Raimel Tapia should be garnering trust. He hit two doubles with three RBI and a walk yesterday. Over his last nine games, Tapia’s hitting .385 (10-for-26) with three doubles, two triples, and three home runs. Daniel Murphy owners will also be elated seeing him return to the lineup.

Power hitters J.D Martinez and Rhys Hoskins could be percolating. Martinez racked up three hits, including a double, with an RBI. Hoskins homered for the second straight game. Since his promotion on August 10th in 2017, Hoskins leads the majors with 57 home runs.

Even in a loss, Cody Bellinger keeps raking. He hit his 12th home run driving in two and walked.

What To Watch For…

Can Jameson Taillon quiet down the hot hitting Diamondbacks to prevent a sweep?

Jon Lester returns from the injured list to face the Dodgers.

Aaron Nola gets the Marlins at home, a strong outing would be welcomed by his owners.

Be sure to stay ahead of the competition with Fantasy Alarm. One more sleep until we see Vladito’s debut.