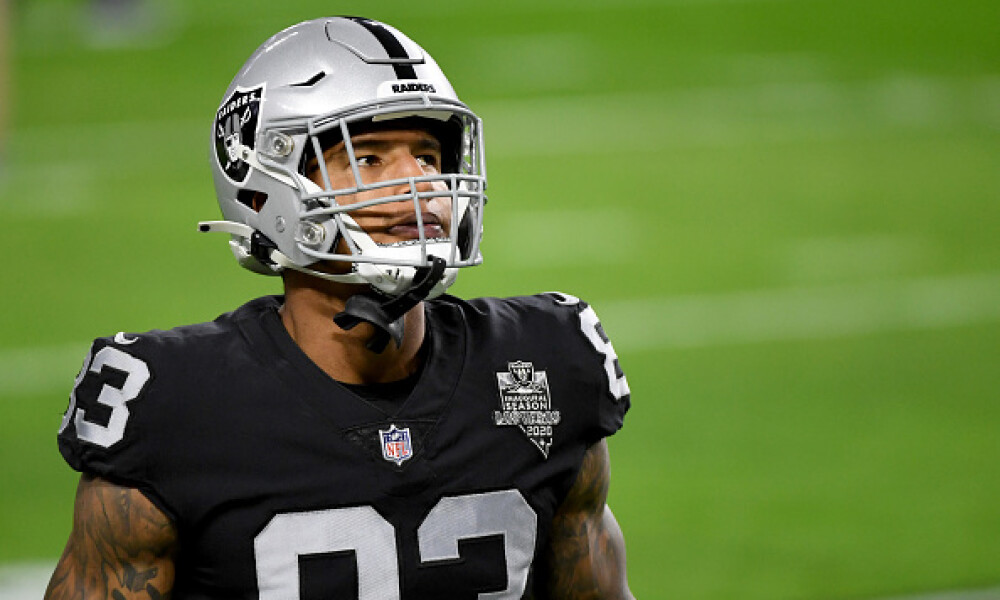 We have a timeline for Ravens rookie WR, Rashod Bateman, and it’s not great. He’s going to be out for six-to-eight weeks after having core muscle surgery on Thursday. It puts him on schedule to return somewhere between Week 2 and Week 5, but here’s the catch...how long will it take him to get back to game speed? Will the Ravens play him a full complement of snaps when he initially returns? His fantasy value is definitely taking a dive but if you’re someone drafting a lot of wide receivers, he’s worth taking a stab at as he continues to be drafted later and later.

It’s seemingly only getting worse, too. Maybe it’s due to the Zack Moss injury and maybe it’s not, but Matt Breida has consistently shown up in Bills news this week and then he went out and led them in carries (10) while catching two passes as well in the teams first preseason game. It was noted earlier this week when Moss was missing practice that it wasn’t just Singletary getting first-team reps; it was Breida too. If Breida isn’t a healthy scratch like TJ Yeldon was for most of last year, carves out any sort of role, and the Bills go into most weeks with three running backs, I’m not sure how you can justify any of them in fantasy. Cue the YouTube video again.

It was starting to enter a weird stage in Waller’s absence from practice because it had been two weeks since we last saw him not only on the field, but since we heard anything from the Raiders. On Friday, the Raiders said his ankle injury is “not concerning” at all. So good news, right? We should see him practicing soon, right? This shouldn’t be something he’s dealing with all year long, right? Mr. Gruden just a few more questions before you leave, please!

More Help on the way in Seattle

Head coach Pete Carroll said that rookie WR D’Wayne Eskridge could be activated off the PUP list this coming week. Eskridge is a speedster, a burner and is going to be a home run hitter for this team. During his six games in 2020, he caught just 33 passes but averaged 23.3 YP/C, going for 768 yards and eight scores. Russell Wilson was sixth in BTT% (big-time throw percentage) last year, which plays right into Eskridge’s hand.

ESPN’s Jeremy Fowler reported that Dolphins WR Albert Wilson could have a “sizeable” role this year. That’s, I mean, concerning, right? Unless it’s coach speak, because the Dolphins have DeVante Parker, drafted Jaylen Waddle, signed Will Fuller, and still have Preston Williams returning from injury. That’s WAY too many cooks in the kitchen. If you believe it, that’s worrisome for Waddle owners considering Wilson played 79% of his snaps in 2019 out of the slot. He didn’t play in ‘20. Personally, I’m going with a nah brah, this is coach speak.

Browns coach Kevin Stefanski said Austin Hooper will play a larger role in the passing game this year. Somewhere, Howard Bender just got excited. It’s hard to imagine that his role expands that much considering what the Browns do offensively. They were fourth in rushing attempts and 28th in passing attempts in 2020. Not only that, they get a healthy Odell Beckham Jr. back to take a massive target share away from everyone else and Jarvis Landry has seen 100+ targets in all seven of his professional seasons.

Hooper blocked on nearly 54% of his snaps last year, but what could benefit him is he wasn’t good and Harrison Bryant, who played over 500 snaps last year, IS a good blocker. We could see Hooper running more routes, but we’ll find out if it’s coach speak or not soon!

Another report by ESPN’s Jeremy Fowler is that the Rams are “all in” on Darrell Henderson. I think this is the easiest coach speak to believe amongst the three listed. We all figured this much, but as fantasy analysts, we wouldn’t be doing our job if we didn’t mention the Xavier Jones’ and Jake Funk’s of the world and how they could factor into this backfield.

The problem here is Jones did not see a single carry in 2020 and Funk is a rookie who’s already had three knee surgeries throughout his playing days. Henderson had a very decent workload for this Rams offense last year, notching 154 touches (138 carries & 16 receptions) while averaging 4.5 YPC. Henderson is and should be considered the heavy favorite to be the workhorse on a week-to-week basis.