Dan Malin is here to look around the Fantasy Baseball waiver wire to point out some intriguing players to grab off waivers for your team's playoff matchups! 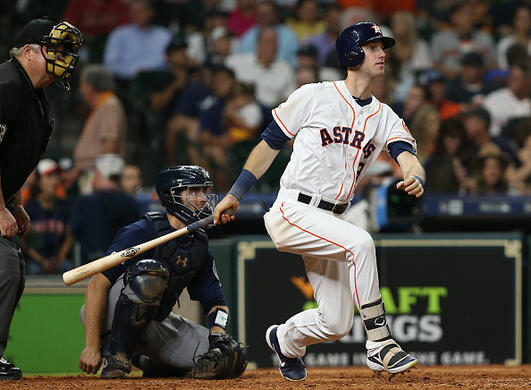 Gavin Lux SS LAD; FAAB Bid: 20-25% - It’s hard not to get excited about a couple young players in today’s piece. Lux is just 3-for-13 entering Friday night in a small sample size but he comes with a lot of hype. I’ve mentioned in previous waiver columns how Lux had a successful minor league campaign this year with 26 home runs, 99 runs scored, and 76 RBI across Double-and-Triple-A. He’s a highly-touted rookie that could have a very impactful run as the Dodgers roll on to the postseason. 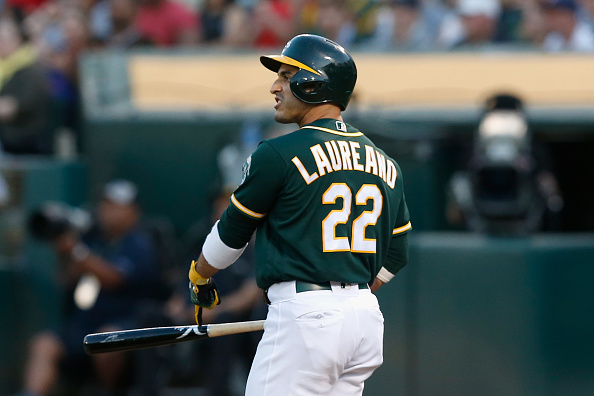 Ramón Laureano OF OAK; FAAB Bid: 15-20% - Laureano made his long-awaited return to the roster after missing over a month with a lower leg injury. The A’s don’t anticipate the injury to hold him up or limit him. His rehab and workouts have gone off without a hitch and he should resume full playing time. It does cause a wrinkle for some people that picked up Mark Canha , but the A’s will find playing time for both. After all, Oakland has just a 1.5-game lead on the second Wild Card spot. Prior to the injury Laureano had 21 home runs and a dozen steals. He's a very good ball player and a great addition in shallow leagues for your fantasy team.

Michael Pineda SP MIN; FAAB Bid: 10-15% - Pineda is pitching incredibly well down the last stretch of the season. He hasn’t taken a loss since July 16th and he’s registered wins in five of his last seven starts. On Friday night against the Indians he tossed six innings of one-run ball while striking out ten batters. His next start comes against the Nationals at home on Thursday and then the following week he should draw the White Sox at home. He’s also been collecting strikeouts at a higher clip. In his last three starts he has 27 strikeouts across 17 innings. These are the kinds of performances that can propel you to a championship and you can get him off waivers in shallower leagues.

Kyle Tucker OF HOU; FAAB Bid: 25-30% - Yes, he’s an outfielder, but he’s a very talented one at that. He had a poor showing in the majors last year when the Astros brought him up, but he’s spent a vast majority of 2019 at Triple-A and he has absolutely raked. He may have only hit .266, but he touted a .909 OPS in the minors with 34 home runs, 97 RBI, and 30 stolen bases. Tucker’s the beneficiary of George Springer going down with an injury, but he should get some playing time for Houston even if he has to hit seventh in the lineup. On Thursday night he went 2-for-6 with a home run (he followed that up going 1-for-4 on Friday night). This is the kind of player where you “risk it for the biscuit,” or brisket depending on how you approach carbs.

Homer Bailey SP OAK; FAAB Bid: 10-12% – Bailey’s flying under the radar and he’s part of the reason Jesús Luzardo can’t crack the rotation, but the A’s pitchers are performing at a high level. He was cruising through six innings just up just three hits and no runs, but came back out in the seventh and gave up two runs before getting the hook. Bailey’s next matchup comes on the road against the Astros, but given the run he’s been on lately he might be worth stashing if you feel great about a championship run. Bailey does project to have a matchups against the Royals, Angels, and possibly the Mariners.

Hanser Alberto 2B, 3B BAL; FAAB Bid: 8-10% - Because he plays for the Orioles he probably doesn’t get the recognition he deserves. Since August 1st, Alberto is hitting .350 heading into Friday night with a .967 OPS. He has 15 extra-base hits in that span with 23 runs scored. The only annoying thing about Alberto is the inconsistency regarding where he hits in the lineup. He tends to bounce around between leadoff and hitting sixth, but he’s a great hitter right now and he is rarely striking out. He’s a solid contributor in categories leagues and rotisserie formats. 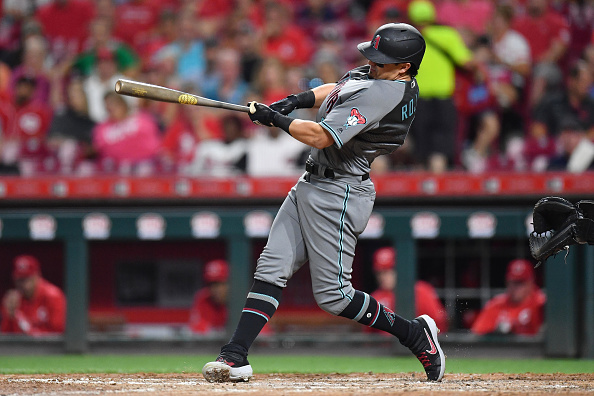 Josh Rojas OF ARI; FAAB Bid: 5-6% - Rojas is flying under the radar largely because of the fact he plays for Arizona. In Double-and-Triple-A for the Astros and Diamondbacks minor league affiliates he put up some solid numbers across the board. In total he had 23 home runs in the minors to go with 33 stolen bases. He had a bit of a slow start when he was called up in the middle of August, but he’s swinging a hotter bat at the moment. Heading into Friday night’s action he was 10-for-27 in his last seven games with two home runs, six runs scored, and six RBI. Currently in Friday night’s game against the Reds he is 1-for-5 with two RBI. The only thing he hasn’t done yet is contribute steals, but he’s got plenty of time to compensate for that in deeper leagues.

Dylan Moore 2B, SS, 3B, OF; FAAB Bid: 2-3% - Moore has been stringing together a nice run of games as of late. Dating back to August 25th he is only 11-for-41 but he’s generating walks and is helping in all categories. He’s got some pop in his bat and the Mariners have been letting him run wild on the base path lately with three steals between Tuesday and Thursday’s contests. He’s currently 0-for-5 in Friday night’s contest, but don’t let that deter you. At least they’ve moved him up in the lineup.

Kolby Allard SP TEX; FAAB Bid: 1-2% - Allard is a guy with moderate upside who has four wins in six starts at the big-league level. Those wins have come against the Orioles, Mariners, White Sox, and Blue Jays. That’s not quite the crème de la crème. He only has six strikeouts over his last two outings, but don’t forget he had 23 across his first four starts. He’s only given up one home run in 33.1 innings of work, and averages about a walk every three innings. So as much praise as a human being can give Allard, there is a lot of concern going forward. The Rangers have a brutal schedule to finish up 2019. His final three starts project to be against the Rays, Astros, and Red Sox and those offenses are deeply concerning and they could get the best of the rookie southpaw.

R. Torreyes - 2B
PHI
Phillies re-signed INF Ronald Torreyes to a minor league contract with an invitation to spring training.
Torreyes spent most of 2020 at the Phillies' alternate site but also played in four games with the big club. He'll give them some utility infielder depth.
Added 4:38 pm (EST)
Added 4:38 pm (EST)

C. Holmes - RP
PIT
Pirates re-signed RHP Clay Holmes to a minor league contract with an invitation to spring training.
The Pirates non-tendered Holmes earlier this week but have now brought him back into the fold. There figures to be a good number of similar moves around baseball in the coming days.
Added 4:25 pm (EST)
Added 4:25 pm (EST)

C. Holmes - RP
PIT
The Rangers have announced the hiring of Chris Young as their new general manager.
Jon Daniels had been the team's president of baseball operations and GM but will now drop the GM from his title. Interestingly, one of Daniels' first moves as Texas' GM was trading Young along with Adrian Gonzalez to the Padres back in 2006. Young had been in the running for the Mets' GM gig, but he removed himself from consideration to take the Rangers' job, in part because he lives in Dallas. The Princeton grad was most recently employed by Major League Baseball as an executive.
Added 4:14 pm (EST)
Added 4:14 pm (EST)

J. Odorizzi - SP
MIN1
Joel Sherman of the New York Post reports that while the Mets are interested in Jake Odorizzi, the right-hander "is believed to be much more engaged with other teams right now."
Sherman lists the Angels, Blue Jays, Giants, Padres, Rays, Red Sox and White Sox as the clubs that have been the most aggressive in the starting pitching market, although it's unclear which of those teams are in on Odorizzi. The Mets do have a connection with Odorizzi, as pitching coach Jeremy Hefner was the Twins' assistant pitching coach in 2019 when the righty had his best season.
Added 2:38 pm (EST)
Added 2:38 pm (EST)