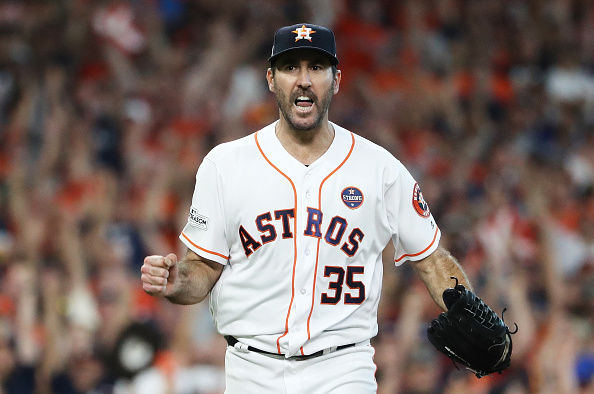 By now everyone is aware that spring training games have been suspended and the start of the 2020 season will be delayed two weeks due to the COVID-19 outbreak.  This follows the NBA and NHL who have suspended their seasons right now as well.  This is all unprecedented and the impact it will have on fantasy leagues is currently unknown.  The only positive note to take away from this is that players who are currently injured will have additional time to rest and recover in order to be ready to play once the regular season does begin.  This week happened to be a busy one with respect to injuries, so fantasy GMs can take some solace knowing players will now have a chance to be ready to go on Opening Day (whenever that is).  So without further ado, here is the next edition of the fantasy baseball emergency room for the 2020 season.

Pitchers have been dropping like flies during the spring, and now we can include the American League Cy Young Award winner to the list.  Justin Verlander was shut down this week due to a lat strain that put his availability for Opening Day in serious jeopardy.  This is a major concern for fantasy GMs who were drafting him as one of the top five starting pitchers coming off an incredible 2019 season.  Verlander is no spring chicken, so despite his career resurgence in Houston it is only a matter of time before we see another downturn in his career.  The extra time off will certainly benefit Verlander who may now be able to start on Opening Day.  GMs should be cautious with him because an injury like this can recur quite easily.

Goldschmidt has been one of the most consistent and durable players in the league since becoming a full-time starter in 2012.  He has played in at least 145 games every year since then except for 2014 and is a reliable source of production in most categories.  However, his days of double-digit stolen bases appear to be over as he has gotten older.  The Cardinals shut him down this week due to lingering soreness in his elbow and it looked likely that he would begin the season on the injured list.  The delay to the start of the season will allow him significant time to rest, so he should be fine once the regular season does get underway.  That being said, there is some cause for concern whether this is a more serious issue given it has flared up a few times during spring training. 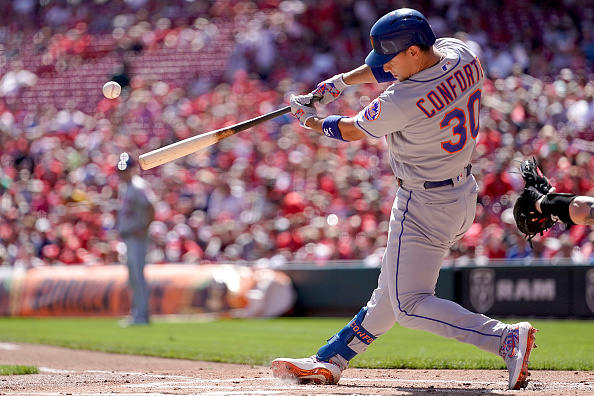 Conforto really came into his own in 2019 when he hit .257 with 33 home runs, 92 RBI, 90 runs scored and seven stolen bases.  He is projected to take another step forward as a key piece of the Mets offense.  Fantasy GMs breathed a sigh of relief this week when Conforto was diagnosed with a Grade 1 right oblique strain after he injured himself in a spring training game.  This is the mildest level of a strain, so that is good news for GMs who are drafting Conforto as an OF2.  He, like every other injured player, will benefit from the delayed start of the season and should be close to being able to take the field once baseball resumes.

The reigning American League Rookie of the Year is suffering from soreness in both of his season and has been in and out of the lineup during spring training.  The Astros were not sure whether Alvarez would have been ready for Opening Day, but that is a moot point now.  The extra time off will allow him to rest and hopefully be ready to go once baseball comes back.  Alvarez is coming off an incredible rookie season in which he hit .313 with 27 home runs, 78 RBI and 58 runs scored in just 87 games.  He is being drafted in early rounds despite being pigeon-holed as a designated hitter or utility player.  Alvarez remains a great source of power and run production assuming his knee issues do not continue to hamper him.

Carrasco simply cannot catch a break.  The Indians pitcher missed most of 2019 after he was diagnosed with leukemia, but he was able to get back on the mound towards the end of the season.  This provided some hope for Cleveland and fantasy GMs that he could return to prominence as a fantasy player with a clean bill of health.  Unfortunately, he has been dealing with inflammation in his right elbow and was set to begin the season on the injured list.  Despite the extended break, Carrasco still will likely begin the season on the injured list to allow him enough time to rest and resume throwing in order to build back his endurance.  He has a ton of talent, but there are huge red flags associated with him from a health perspective.  Draft him as a mid-range starter but do not set high expectations for him.

Thoughts and prayers go out to Orioles outfielder Trey Mancini who underwent surgery to remove a malignant tumor from his colon this week.  We knew he was scheduled to have an “imminent non-baseball medical procedure” and that he would be out indefinitely.  Now we know what happened and we all wish Mancini the best in his recovery.  This is a real shame as Mancini established himself as a viable fantasy player last year when he hit .291 with 35 home runs, 97 RBI, 106 runs scored and one stolen base in 2019.  It is not known how long he will be out, but we cannot expect him back any time soon.

Yankees catcher Gary Sánchez has been dealing with a back injury that kept him sidelined during spring training.  In addition, he is also dealing with the flu.  Reports are that this is just the normal flu and not COVID-19, so people need to worry about the Yankees clubhouse.  He will certainly benefit from the delayed start of the season by allowing him plenty of time to recover from the illness as well as give his back additional rest.  Sanchez is always one of the top fantasy catchers in the league thanks to his tremendous power, but he is an albatross when it comes to batting average.

Phillies pitcher Jake Arrieta was removed from his last spring training start with some stiffness in his right shoulder.  He did not seem overly concerned about him following the game, but there have to be significant questions about his health given he is coming back from surgery that ended his 2019 season early.  Arrieta’s window of being a solid fantasy asset appears closed as he has not come close to the success and results he had a few years ago with the Cubs.  He will likely remain undrafted in standard 12-team leagues.