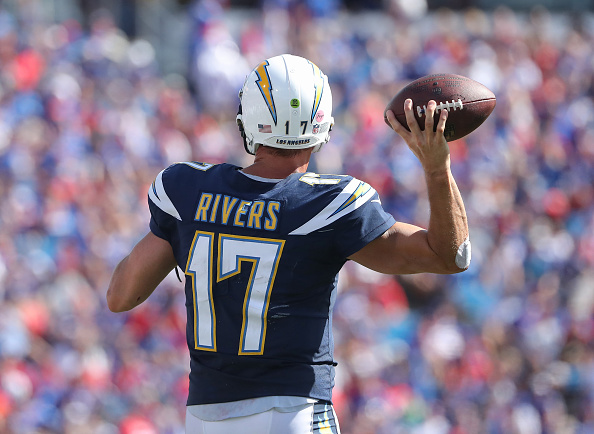 Become a factor today. Right now, get $5 FREE MONEY IMMEDIATELY with any deposit.

Big fan of SINGLE-ENTRY tournaments and double ups.  Last week, we broke down how you could play on Fantasy Factor in Single-Entry tournaments.  We will talk about NFL Week 3 as now all our tools have been integrated with the Fantasy Factor scoring system.

So, let’s again start with looking for good values to help you get started an win in your daily fantasy sports contests.  Remember, at Fantasy Factor, they will give a FREE $5 if you use Promo Code: Alarm.

Remember that we have full projections included the VALUE column that can help you find the diamonds in the rough. Plus many of our tools including Points Allowed by Position has the Fantasy Factor scoring to help you determine what players have the largest upside.

Playing from behind is something that Rivers is a master at.  Rivers has thrown for three touchdowns in each of the first two games this season.  He knows how to spread it around and the price is more than 1.4K less than the best quarterbacks. 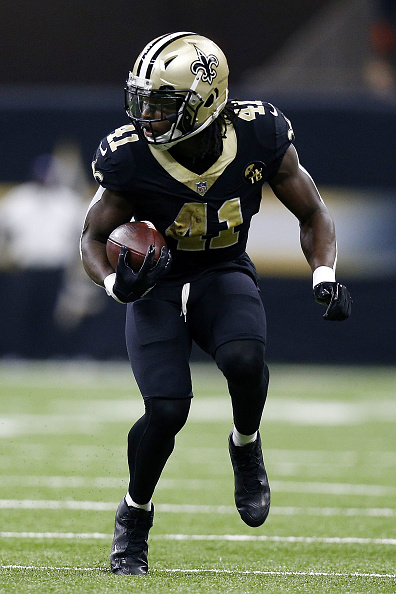 With players of similar talent in Melvin Gordon ($8900) and Todd Gurley ($8600) at almost 40% higher price, Kamara seems like an easy choice.  Kamara scored 12 touchdowns last year and was off to a great start in the first game when he had 140+ combined yards and three touchdowns. The Falcons allow 29.7 pts to the running back each week and Kamara is the man.

The Cardinals cannot stop anyone.  They allow a whopping 41 points per game to the opposing running backs.  Their team is awful. Jordan Howard is less than half the high valued players and gives you relief for your salary.  This should be the week that Howard breaks out. He is yet to get in the end zone, but I predict he will get there twice this week.

Thielen put in two 100+ yard performances in a row and is rewarded with a salary that is less than half that of DeAndre Hopkins ($9200).  He has an insane 25 targets in two games and continues to be the possession receiver that they need in Minnesota. The Vikings get the Bills this week who allow 36.5 points per game to the wide receiver.

You are going to want to watch the injury report, but we think that Will Fuller is healthy at the time of this writing.  You should check Friday’s practice report and watch until game time at 1:00 PM ET on Sunday. The Giants don’t give up a lot to wide receivers but that is only because they played the Cowboys who have no air attack.  In Week 1, they played the Jaguars who are equally bad at wide receiver. Fuller should give you a nice discount and slice up the G-Men.

Cook was magnificent in Week 1 with catching 9 of 12 targets for 180 yards.  He is a big part of this offense under John Gruden with Derek Carr at the helm.  He lines out outside and, in the slot, as well as in-line. This makes him dangerous and at half the price of Gronk, I say that he is a bargain for you in Week 3.

Come join me and if you want to discuss in email, I can always be reached at rick@fantasyalarm.com.

Thanks for playing and BE A FACTOR this year!

Become a factor today. Right now, get $5 FREE MONEY IMMEDIATELY with any deposit.