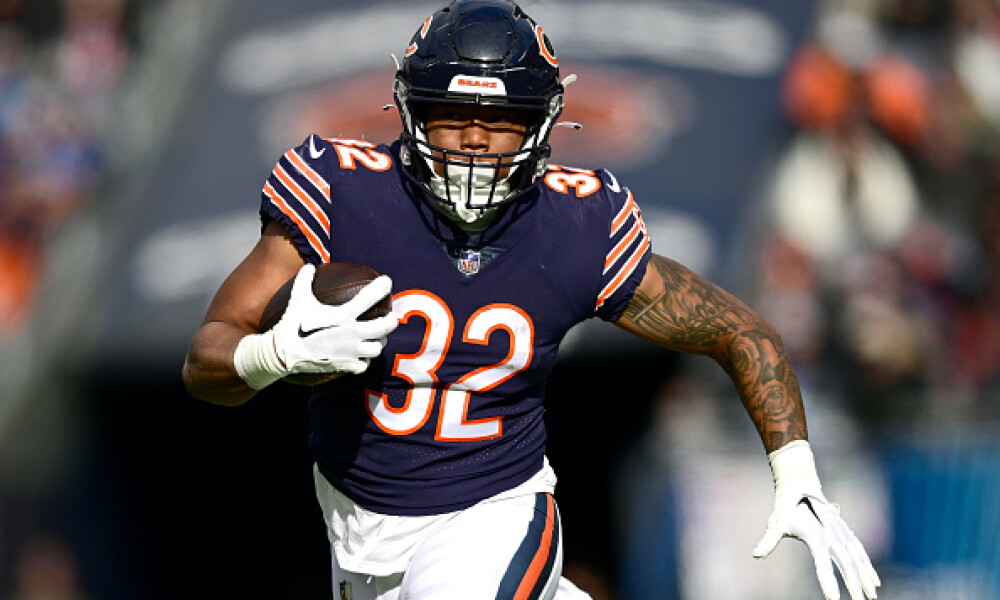 We flip the NFL DFS page over to Week 11. Saquon Barkley crushed as the cover player of the RB Coach last week and I like him once again this week, but we have a few other intriguing options on tap this week as well. David Montgomery and Brian Robinson Jr. are very intriguing options for me with favorable matchups this week. Why else do I like them and who else do I like this week? Let’s dive into the top plays, values, and fades for NFL DFS action on DraftKings and FanDuel for Week 11!

Barkley was a chalky play last week and he delivered, scoring 26 points on DK while rushing for 152 yards and a touchdown. He is in a great spot once again this week as the Giants take on Detroit. He has been incredible this year, averaging 21.3 DK points per game (second best on the slate) and he has been so safe/consistent, scoring at least 11.8 in every single game this year. He has at least 20 carries in four straight games and is basically the entirety of the Giants offense at this point. The Lions are terrible on defense and have consistently given up a ton of points this year and it makes it very easy to continue to want to roll with Barkley as the top option.

There isn’t much news on if Zeke will play this week yet and that is a huge factor in how interested I’ll be in Pollard this week. If Zeke is out, Pollard is a smash play in all formats and will likely be incredibly chalky after we watched him go off in Week 8 and Week 10 as the starter, rushing 14 times for 131 yards and three touchdowns in Week 8 while rushing 22 times for 115 yards and a touchdown in Week 10. However, even if Zeke plays, I like Pollard this week (just becomes a bit riskier). He deserves and has earned more work. On top of that, Zeke would be given less work as he works his way back from injury.

Monty has been pretty bad for fantasy while timesharing touches with Khalil Herbert, but Herbert is now on IR and there really isn’t much of a threat to Monty getting a lot of work at this point. On top of that, he gets a fantastic matchup for his first game with no Herbert as the Bears will take on the Falcons. The Falcons have been torched on the ground and there is no reason to think that trend won’t continue. The Bears offense has been putting up a ton of points lately and it wouldn’t be surprising to see Monty have his best game of the season this week.

Robinson has been pretty awful and less efficient than Antonio Gibson, but the Commanders don’t seem to care, so that’s what matters for us. He has at least 13 rush attempts in four of his past five games and is coming off a game in which he was handed the ball 26 times. Given the sheer volume that he will get, even with his inefficiency, he should be a solid play this week. He gets to face the Texans this week and they rank as the number-one matchup for backs this season. Over the last four games, the Texans defense has allowed 8 rushing touchdowns to opposing backs.

Warren is gaining some steam for the Steelers lately with back-to-back double-digit fantasy days and back-to-back games with three receptions. He has caught all eight of his targets over the past three games and has been far more efficient than Najee Harris this year. Harris is also dinged up right now, so it would be unreasonable to expect him to carry the full workload this week. Warren has 15 carries for 87 yards over the past two games and should continue to get a solid share of touches. He is extremely cheap and while his upside may not be over the moon, he could be a very solid play as a dart throw cheap back.

Sanders is priced pretty high, but I don’t really the reason behind why. In fact, this is the most expensive he’s been all season, despite a five-game stretch of either being bad or mediocre. He only has one game all year with over 19 fantasy points, so there’s not a whole of upside by any means, and he also doesn’t have a good floor (as evidenced by his whopping 5.4-point performance last week). ZERO receptions in the past three games with just TWO targets over his last four is awful, to say the least.

Hard pass on Sanders as a DFS play this week.