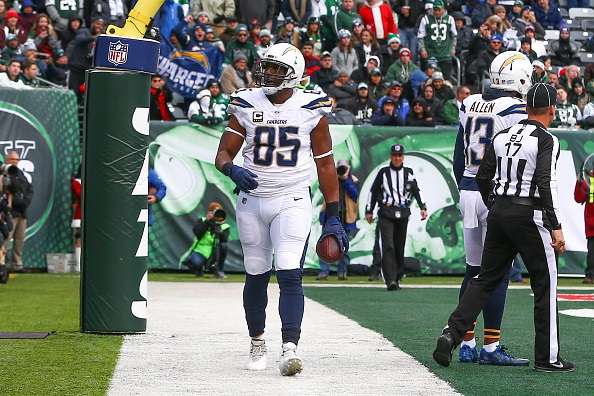 With so many roster cuts and trades taking place yesterday, a lot of guys are now looking for new jobs with new teams. In addition to guys looking for new teams to call home, we also have guys being waived today after surviving roster cuts yesterday. Let’s take a look at what the latest news is. 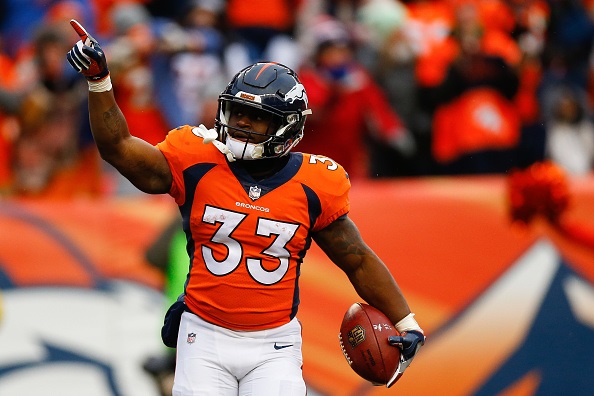 De’Angelo Henderson signed on with the Jets on their practice squad. Henderson was cut by the Broncos in somewhat of a surprise move and will now try to find a way onto the Jets roster. He is someone to monitor and could make some noise if Crowell were to suffer an injury.

Breshad Perriman will work out for the Jets in hopes of landing a contract. Even if he were to land a deal, he would be behind Anderson, Kearse, Enunwa, and Pryor.

Cardale Jones was waived by the Chargers after losing the backup QB battle to Geno Smith . Jones might land somewhere, but he’s far from fantasy relevant. He simple doesn’t have what it takes to be a NFL QB.

Paxton Lynch was waived by the Broncos. Lynch failed to hold off Chad Kelly for the Broncos backup QB job and will now have to try to make a presence somewhere else. Someone is going to sign him.

Mike Gillislee visited with the Saints today and left the meeting with a one-year contract. Gilislee will likely operate in the Mark Ingram role and could be fantasy relevant for the first couple weeks while Ingram is out. He is someone to pickup in your league.

Amara Darboh was claimed off waivers by the Patriots after being let go by the Seahawks. Darboh is only 24 and has some talent, but for now he is still not fantasy relevant even with Tom Brady as his QB.

Antonio Gates signed a contract with the Los Angeles Chargers. Do not rush to your waivers to make a claim on him though, he is 38 and has seen his numbers decline in four straight seasons. However, it is nice to see the Rivers to Gates connection back in business.

The Ravens have decided that Lamar Jackson is their number three QB, while Robert Griffin will be the team’s primary backup. I wouldn’t buy too much into this, if Flacco goes down with injury, Jackson will be thrust into the starting role.

Dolphins Coach Adam Gase stated that he believes Mike Gesicki is ready for a “starter-like role.” This is hardly shocking news, but it is a positive note for those taking a flyer on the rookie TE late in drafts.

Dan Bailey will head to New York and take a visit with the Jets on Monday. After winning the kicking job, Jason Myers could soon be out of the job he just won. Bailey’s career field goal % of 88.15 is good for second best in NFL history, only behind Justin Tucker . 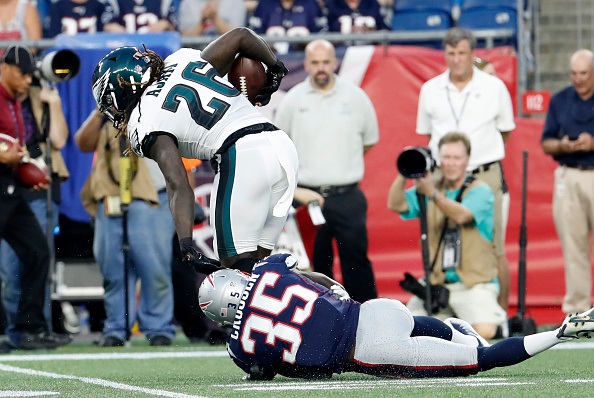 The Eagles confirmed that Jay Ajayi will play week 1 against the Falcons. He is expected to return to practice tomorrow.

Carson Wentz has still yet to be cleared for contact. Already ruled out for week 1, his week 2 status is starting to look murky as well. Nick Foles will start the first game for the Eagles and could have some streaming appeal in 2QB leagues.

Sony Michel participated in positional drills today. He is still likely to be OUT for week 1, but this is a good sign towards his week 2 availability.

Adam Sheehan is being placed on injured reserve and will be out at least the first eight weeks. Trey Burton should be an every-down player. Burton is a very nice target the drafts starting around round 7, for anyone who has a last minute draft.

Chris Warren will undergo knee surgery after being placed on IR yesterday. Warren led the NFL in rushing yards during the preseason with 292. Oakland will role with Marshawn Lynch and Doug Martin as their top two backs.