Lynch was brought in to compete with Devlin Hodges and Mason Rudolph for the backup quarterback role. Pittsburgh decided to keep both of their 2019 backups and move on from Lynch. Hodges closed out last year as Pittsburgh's starter but did so in a miserable loss to the Ravens. He completed just nine passes and was held to 95 yards through the air. The Steelers appear to be banking on a healthy season from Ben Roethlisberger this year. Sep 05 4:14 pm (EST)

There are no volume reports available yet please check back soon. 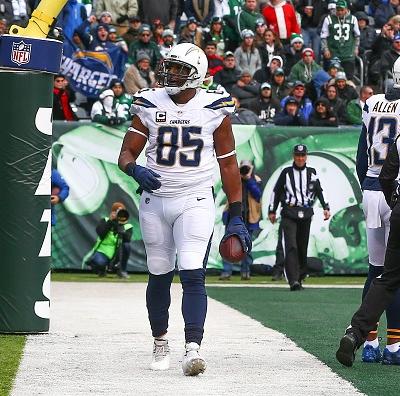 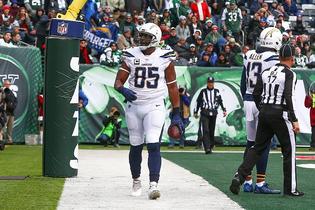 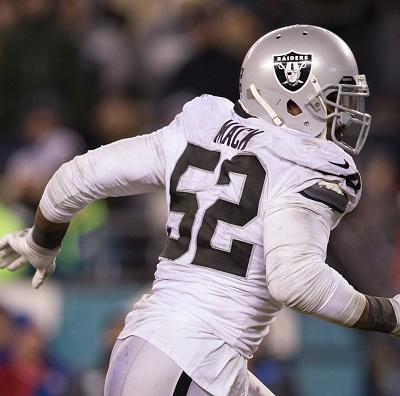 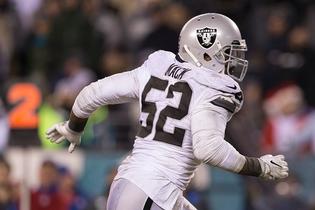 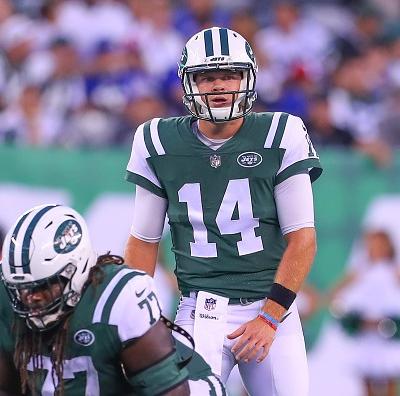 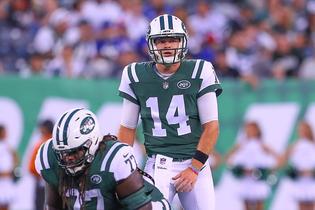 S. Richardson - DL
CLE
Browns released DT Sheldon Richardson.
It was an easy decision following the addition of Jadeveon Clowney since Richardson was due $12 million this year. Although Malik Jackson and Andrew Billings are still available as depth, it's not out the question Cleveland bolsters its d-line further through the draft, and perhaps as early as the No. 26 overall pick. Richardson should land elsewhere as a rotational run-stuffer following draft weekend.
Added 2:01 pm (EST)
Added 2:01 pm (EST)

B. Roethlisberger - QB
PIT1
The Steelers joined the growing boycott of in-person offseason workouts.
The Patriots, Lions, Bucs, Broncos, and Seahawks are among the teams that have said they won't conduct in-person workouts due to COVID-19 safety concerns. The Athletic's Mark Kaboly said no one on Pittsburgh's roster has a workout bonus in their contract, so no Steeler will forfeit money by skipping in-person OTAs.
Added 12:57 pm (EST)
Added 12:57 pm (EST)

J. Jackson - DB
NE
Patriots CB J.C. Jackson signed his second-round tender as a restricted free agent.
That means Jackson, second in the league last year with nine interceptions, is under contract with the Patriots through the 2021 season, as he can't sign an offer sheet with another team. The Athletic's Jeff Howe said the standout corner is set for a "huge pay day" in 2022. Jackson will return to a New England secondary that ranked as Pro Football Focus' 14th best coverage unit in 2020. PFF graded Jackson as the 21st best cover corner in the league last year. Thirteen corners allowed a lower completion rate when targeted in 2020.
Added 12:19 pm (EST)
Added 12:19 pm (EST)

D. Watson - QB
HOU1
Texans general manager Nick Caserio refused to address Deshaun Watson's trade availability or legal matters.
The always-prickly Caserio rebuffed reporters' questions about Houston's franchise QB, who has reportedly said he won't play for the Texans and faces more than 20 accusations of sexual misconduct. "If you want to speculate, you should probably go buy Bitcoin, focus on that," Caserio said during Friday's press conference. Caserio wrote off the rocky start to his tenure as the team's general manager, pointing out there are people on earth with worse problems. He said he's trying to "put the best team together possible." The Texans, as of today, have arguably the worst roster in the NFL after a series of baffling free agency signings. Journeyman Tyrod Taylor, meanwhile, is on pace to start the season as Houston's QB.
Added 12:10 pm (EST)
Added 12:10 pm (EST)

A. Donald - DL
LA
An attorney for Aaron Donald said Donald didn't start the altercation that resulted in a Pittsburgh man suffering multiple injuries.
The attorney, according to The Athletic's Jordan Rodrigue, said Donald "actually prevented the man" -- DeVincent Spriggs -- "from further injury by intervening" in the fight. A complaint has been filed by Spriggs alleging assault by Donald. The Rams acknowledged they are aware of the incident, and the NFL is sure to keep a close eye on the legal developments here.
Added 11:37 am (EST)
Added 11:37 am (EST)

R. Fitzpatrick - QB
WAS1
Washington Football Team general manager Martin Mayhew said the team is "very confident and comfortable with the quarterbacks on our roster now."
Smoke screens are being erected at an extraordinary pace in the run-up to the 2021 NFL Draft, but Mayhew's comments seem genuine. Mayhew indicated the Football Team would hesitate to draft a quarterback prospect like North Dakota State's Trey Lance, who has been linked to Washington in recent weeks. "Anytime you see guys with limited time on the job, that is a concern for me with the quarterback position," Mayhew said Friday. Lance played a mere 16 games in his college career. The team would have to trade up from its No. 19 draft slot if it had any shot at landing Lance (or another top QB prospect). Ryan Fitzpatrick remains the odds-on favorite to start Week 1.
Added 11:06 am (EST)
Added 11:06 am (EST)

K. Pitts - TE
FA
The Dallas Morning News' Michael Gehlken said it's "difficult to envision Dallas trading up" for Florida's Kyle Pitts.
Speculation about the team's pursuit of Pitts has continued a week after reports saying team owner Jerry Jones is "infatuated" with the all-world tight end. The Cowboys would have to trade into Atlanta's No. 4 pick to ensure they landed Pitts, who likely won't be there when Dallas picks at No. 10. ESPN draft analyst Mel Kiper said there's almost no scenario in which Dallas lands Pitts. Kiper cited the team's defensive needs as the primary reason it shouldn't pursue the generational talent. “Tight end is a luxury," Kiper said. "They can’t afford that luxury right now.” Gehlken agreed that the team's "need to upgrade the defense is obviously more pressing" than drafting a dominant pass catcher and an athletic unicorn. The Cowboys, Gehlken said, are fine at tight end with Blake Jarwin, Dalton Schultz, and Jeremy Sprinkle.
Added 9:40 am (EST)
Added 9:40 am (EST)