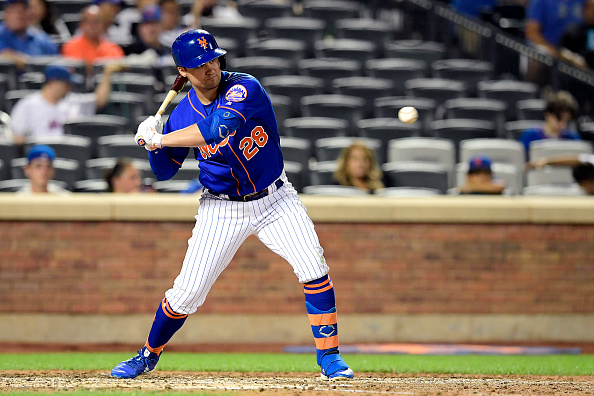 We’re right in the middle of baseball’s dog days of Summer. Some teams, like the Orioles and Tigers, can’t wait for the Fall. Others, like the Yankees and Mets, are firing on all cylinders right now. With many fantasy baseball league trade deadlines quickly approaching it’s time to think about tweaking your roster and putting the final touches on your fantasy baseball team. Let’s take a look at some players who’ve been thriving under the hot Summer sun that you might consider trading for or picking up off of your league waiver wire. Maybe they can help your fantasy baseball team lock down a championship.

Just a few weeks ago, it looked like the Mets season was unofficially over, but their recent hot streak has made them legitimate contenders to make the NL playoffs as Wild Card.

A large part of the Mets resurgence is due to their starting pitchers performing up to their potential. Over the past 30 days, they’ve compiled a 14-3 won-loss record and pitched to a 2.62 ERA. However, their offense has improved as well. Jeff McNeil and Pete Alonso deservedly get a lot of attention, but there are some other unsung heroes in their lineup who’ve helped the Mets turn their season around.

J.D. Davis has a .390/.461/.636 triple slash since June 30th, and he should be eligible at third base and outfield in most fantasy leagues. His recent success shouldn’t be all that surprising. He came up through the Astros’ minor league system where he compiled a career .292 BA and .521 slugging percentage in five minor league seasons. He’s only owned in 31-percent of Yahoo fantasy baseball leagues. DFS players, and those of you who play in season-long leagues that allow daily lineup changes, should note that Davis is a much better hitter at home (.394/.468/.688) as compared to when he plays on the road (.244/.305/.375).

Mets shortstop Amed Rosario is another player who has typically posted better numbers in the second half. He has methodically lifted his batting average .026 points from a disappointing .242 on June 16th. Since then, he’s batting .340 with four home runs and he’s also stolen eight bases in his last 42 games. 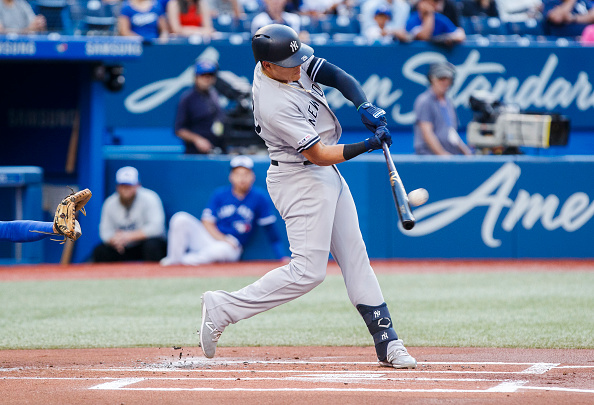 The Yankees have been crushing the ball as well. Many of us fantasy baseball players have been waiting for third baseman Gio Urshela ’s bat to cool off. After all, he was supposed to be an all glove, no bat type of player. He’s batting .323 with 16 home runs and 59 RBI on the season. Urshela has been clutch (he entered last night’s game batting .347 with runners in scoring position) and with a .513 BA with six home runs and 13 RBI in his last 10 games, he’s showing no signs of slowing down. Unfortunately, with back to back games in which he’s hit two home runs, his trade value is skyrocketing right now.

Yankees GM Brian Cashman has been taking some heat for not being able to land a starting pitcher before this season’s trade deadline and yes the Yanks haven’t won a World Series since 2009, but he does have a knack for finding value in other team’s cast-offs. The 2018 trade that brought Luke Voit to the Bronx immediately comes to mind, and this season guys like Cameron Maybin (.335 BA, 7 home runs and 23 RBI in 52 games) and Mike Tauchman have filled in nicely as Aaron Hicks , Aaron Judge and Giancarlo Stanton (is he even still on the Yankees?) have spent significant time on the IL. Tauchman has been on fire lately, batting .407 with six home runs and 23 RBI in his last 15 games. With so many Yankee outfielders coming on and off the IL and Clint Frazier basically banished from the big leagues, Tauchman’s hot bat should keep him in the lineup. DFS players should note that he has been crushing left-handed pitching; entering last night’s game he had a .422/.490/.667 triple-slash against lefties.

There are other batters making some noise that don’t make their living playing for New York baseball teams. It took a little while but it looks like Vladimir Guerrero Jr. is going to get to keep his keys to the city of Toronto. He’s batting .392 with five home runs and 23 RBI in his last 18 games. He’s raised his overall batting average by .035 points since July 18th. Good hitters are able to adapt and adjust their approach at the plate and Guerrero has a chance to be a great hitter. For example, prior to July 18th, he had a .182 BAA sliders. Since then his BAA against that pitch has been a gaudy .391.

After the way they delayed Guerrero Jr.’s promotion to the big leagues, the Blue Jays really surprised us by recently calling up top prospect Bo Bichette . The rookie shortstop has certainly hit the ground running, batting .408 with three home runs in his first 11 games. Bichette became the first player in MLB history to double in 9 straight games and he’s the first player in MLB’s modern era to record 12 extra-base hits in his first 11 career games. There will be some bumps in the road and some of them will surface before the season is over, but for now, ride him while he’s hot.

By the way, Pirates outfielder Bryan Reynolds is still raking, batting .334 with 11 home runs and 47 RBI in 91 games. That projects out to 20 home runs and 84 RBI across a 162 game season. If you start five outfielders in your season-long league, you could do worse.

As we turn our attention to pitching, Zac Gallen has certainly lived up to his potential. Including his time in Triple-A Gallen has pitched for three different teams. He made his big league debut for the Marlins and he was recently traded to the Diamondbacks and continued to dominate. Gallen’s got a tough matchup in Colorado against the Rockies coming up but in his last five starts, he’s posted a 1.53 ERA striking out 33 batters in 29.3 IP. Opposing hitters are batting .144 against him during that time span. 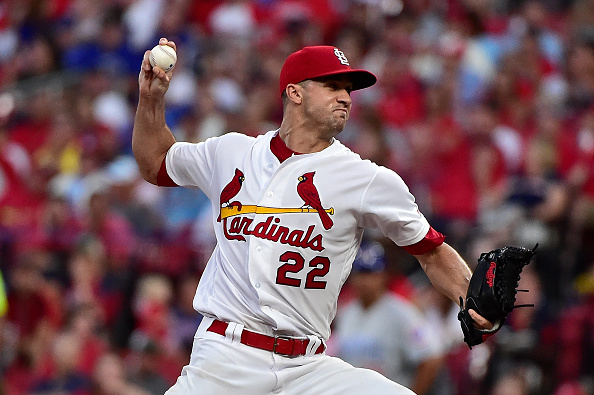 Cardinals starter Jack Flaherty had a 4.90 ERA through July 2nd, but since then he’s posted a 0.94 ERA with 49 strikeouts in 38.1 IP and like Gallen, opposing hitters were batting .144 against him in his last six starts.

Having the Indians score seven runs or more in seven of Zach Plesac ’s 12 starts has certainly helped him this season, but he’s done his part of late as well. In his last five starts, Plesac has pitched to a 2.00 ERA, and he’s given up just 2 home runs on his way to a 3-0 won-loss record during that time frame.

Let’s wrap things up with a couple of pitchers you probably never thought you’d consider adding to your season-long fantasy baseball pitching staff.

Brad Keller , starting pitcher for the Royals, who are one of the worst teams in baseball, has a 2.20 ERA in his last six starts. He’s been much better when pitching at home (3.51 vs. a 4.24 road ERA), and should be looked upon as a fill-in in deep season-long leagues and probably not a long term solution.

Sonny Gray pitched to a 4.90 ERA for the Yankees last season but performed much when pitched away from Yankee Stadium. He now pitches his home games at Cincinnati’s Great American Ballpark where he’s posted a 3.75 ERA. His road ERA is almost a full run better at 2.81. Gray has been hot of late, pitching to a 1.97 ERA and striking out 52 batters in 45.2 IP in his last seven starts. Three of those starts were on the road in Colorado, Chicago, and Milwaukee, three notoriously good hitter’s parks. He posted a 1.89 ERA with a .172 BAA in those three starts.