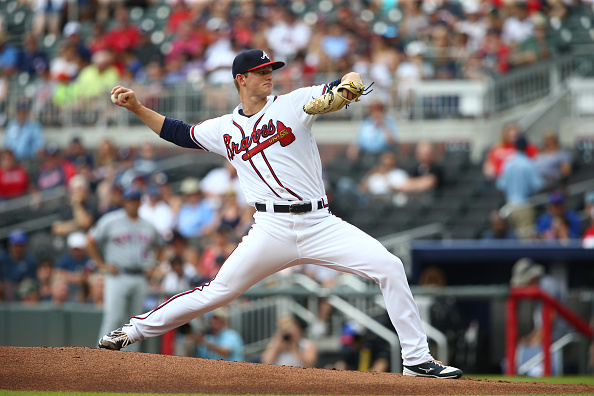 For the first time this season none of the individual players featured in our injury report are fighting off a COVID-19 related injury.

This week’s injury report is littered with fantasy relevant players who will be forced to miss time this upcoming week. We’ll take a closer look at some of the injuries that we fantasy players will have to work around as we head into week four of the 2020 MLB season.

Scherzer was forced to leave his start against the Mets this past Wednesday due to a hamstring injury. While his velocity was down in that start the good news is that the Nationals do not believe there are any issues with Scherzer’s pitching arm. Scherzer felt enough improvement to throw a bullpen session on Saturday and barring any setbacks may be able to make his scheduled start against the Mets on Tuesday.

Morton was removed from his Sunday start against the Yankees after just two innings of work after experiencing tightness in his right shoulder. The Rays announced that he was dealing with right shoulder inflammation. Morton tried to downplay the injury but it would probably be best to leave him on your bench this week.

Bumgarner was only able to pitch two innings before being removed from his Sunday start due to back spasms. He has a 7.04 ERA in 15 1/3 IP this season and a concerning drop in his velocity. The average velocity on Bumgarner’s fastball is just 87.9 mph this season compared to 91.4 mph last season. Keep an eye on his progress before deciding on whether to put him in your starting lineup this week.

Ohtani was diagnosed with a Grade 1-2 strain of the flexor pronator mass which will effectively end his season as a pitcher. He will however, be able to continue to take his swings as the Angels’ regular DH.

Hill was placed on the IL this past week due to what is being called “mild fatigue and back soreness”. He has resumed throwing, but the Twins can afford to allow him to take his time in getting back up to speed. Jake Odorizzi recently rejoined the Twins rotation and Randy Dobnak has a 0.60 ERA and 0.867 WHIP in three starts so far this season.

You probably already know that Soroka suffered a torn right Achilles tendon this week which ended his 2020 season. Unless they can land a starting pitcher in an eventual trade, the Braves will have to replace him internally. Ian Anderson , Bryse Wilson , Josh Tomlin and Tucker Davidson have been named as possible replacements. While he wasn’t very effective in the 20 innings he pitched for the Braves last season, Wilson is still an intriguing option. The 22 year-old had a minor league career 9.4 and 2.3 K/9 and BB/9 and was effective in two seasons with the Braves’ AAA affiliate.

The Mets placed Wacha on the 10 day IL after an MRI revealed right shoulder inflammation. Marcus Stroman , on the IL with a calf injury, threw a simulated game this past Thursday and is getting closer to being able to rejoin the Mets rotation. The Mets were going to have to decide on which pitcher (among David Peterson, Rick Porcello and Michael Wacha ) to remove from their rotation upon Stroman’s return. Perhaps the baseball gods have made the decision for them.

Drake, who was a waiver wire darling for about a minute after picking up saves in his first two appearances of the season, has been placed on the IL with a biceps injury. Nick Anderson has picked up two saves this past week and seems to be Rays manager Kevin Cash’s favorite flavor of the week when it comes to working the ninth (or in some cases seventh) inning.

Roberto Osuna ’s season is done as he is likely to undergo Tommy John surgery. Ryan Pressly , who’s been having some blister issues, is expected to take over as the Astros closer. Blake Taylor would likely fill in for Pressly if his blister issue forces him to miss time.

Despite hitting four home runs, Muncy entered Sunday’s action batting .169 and has been slumping all season long. We may have some insight as to why Muncy has been struggling thus far. He recently revealed that a finger injury he suffered during summer camp and initially thought to be a bruise, was actually a fracture. The injury hasn’t kept him out of the lineup but might be causing Muncy enough discomfort to limit his production at the plate.

Albies was placed on the IL with a right wrist bone contusion this past Wednesday and was shut down from performing any baseball related activities. The Braves are anxious to see how his wrist responds to rest. Albies could potentially miss up to two weeks of the season.  Charlie Culberson and Adeiny Hechavarría have been filling in for Albies this past week. Neither have much fantasy value.

The Reds placed Moustakas on the IL due to a left quad bruise. He’s missed eight of the Reds’ first 15 games of the season. Christian Colón and Kyle Farmer will continue to pick up the slack until Moustakas is ready to return.

With Cano on the IL due to a Grade 2 adductor strain (left groin injury), the Mets lost the hottest hitter in their lineup this past week. This is an especially large hole in their lineup, coming on the heels of Yoenis Céspedes ’ decision to opt out of the season. The slumping Brian Dozier has been filling in at the keystone for Cano, who had a .591/.615/.818 in his last seven games before suffering his injury. Cano has been getting in some batting practice at the Mets’ alternate site which is a good sign. He’s eligible to come off the IL on Friday.

Madrigal, the high contact and highly touted White Sox prospect, suffered a separated left shoulder and is expected to be out of action until the end of August. Danny Mendick, who showed some power and a bit of speed throughout his minor league career, has been filling in at second base for the Sox.

Last week we reported that Seager was dealing with minor quad and calf issues. Those nagging injuries are in Seager’s rear view mirror but he is now dealing with lower back discomfort. Scans on his back came back clean, but he is considered day-to-day. Check for updates on his progress before submitting your weekly lineups. As we mentioned last week, the Dodgers have a deep team with a lot of moving parts. Chris Taylor and Kiké Hernández can easily fill in at shortstop when needed.

Last week we reported that Donaldson was suffering from what the Twins considered a minor calf injury and that he was listed as being day-to-day. We also reminded you that Donaldson has a history of dealing with slow healing calf injuries. Not surprisingly, Donaldson was placed on the IL. Marwin Gonzalez has been filling in for Donaldson at the hot corner and has been getting it done at the plate. If available, he’s a good waiver wire option this week. He’ll be getting regular at bats, (for the short term at least) and is multi-position eligible in most fantasy baseball league formats.

Well, it was nice while it lasted. Stanton, who got off to a hot start for the Yankees, inevitably got bitten by the injury bug, yet again. He’s been placed on the IL with a hamstring strain and like Josh Donaldson , Stanton has a history of being an extremely slow healer. As a result, Mike Tauchman will continue to get regular at bats for the Yanks. Stanton’s latest injury may eventually lead cause the Yankees to move Clint Frazier to their big league roster from their alternate site. He might benefit from some more practice reps in the outfield, but the Yankees might alternatively choose to bring up Miguel Andújar from their taxi squad.

Springer has been on the bench since he strained his right wrist this past Sunday. Follow his progress, but you’re probably going to want to avoid putting him in your fantasy lineup this week. Myles Straw has been filling in for Springer in centerfield. Straw’s been slumping at the plate in limited action this season but produced a .305/.394/.379 minor league career triple-slash.