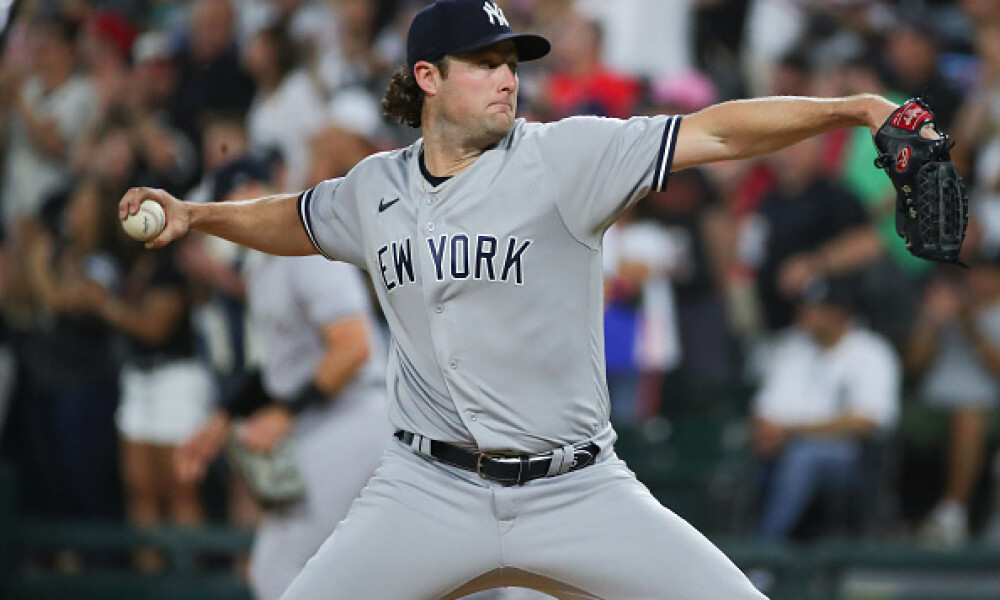 Friday's MLB slate was full of top performances and as we head into the weekend we should stop checking out who is on the fantasy baseball waiver wire that can help you not only pick up the victory this week but to put your team in the best position to succeed moving forward. Here at Fantasy Alarm we provide rest of season projections that can help you create your own weekly fantasy baseball player rankings to help assist with those tough roster decisions, especially when it comes to figuring out whether or not you should be looking to buy-or-sell certain players.  With that said let's highlight yesterday's fantasy baseball top plays and give you some things to look at for Saturday's slate.

Drafted in the 11th round of the 2021 MLB draft, Silseth made his major league debut after just eight career minor league appearances with seven of his eight outings coming at Double-A. In five starts at Double-A this season Silseth was impressive, posting a 1.73 ERA while striking out 37 over 26 innings and he carried that success into Friday's start as he tossed six shutout innings against the A's while striking out four and allowing just one hit. Silseth is not ranked among the Top 100 prospects and MLB.com had him ranked as the 16th best prospect in the Angles system but the youngster certainly pitched well enough to earn him another start in the Angels' six-man rotation.

Maybe no pitcher has taken more flack for the spider tack debacle than Gerrit Cole given how he handled the controversy last season and then his subsequent struggles in the second half of the season.  Cole then got off to a poor start to his 2022 year as well, allowing eight runs over his first 11.1 innings which spanned three starts. However, since lasting just 1.2 innings against the Tigers we have seen a completely different Gerrit Cole on the mound. Over his last four starts Cole is 3-0 with a 1.42 ERA while striking out 34 over 25.1 innings. Cole has at least nine strikeouts in three of the last four games. The Yankees offense is starting to heat up and if Cole has figured it out then the Yankees are going to be a truly dangerous team.

Mike Moustakas: The Moose is Loose

In 2019 Mike Moustakas hit 35 home runs for the Milwaukee Brewers. He then signed a free-agent deal with the Cincinnati Reds and many were excited about his potential with a move to the hitter-friendly Great American Ballpark. Unfortunately, Moustakas has been a disaster for the Reds over the first two years of his deal, hitting just .217 with an OPS of .717 and just 14 home runs over 106 total games.  Moustakas went largely undrafted by many coming into the season and the first month of 2022 was much more of the same as he was hitting just .186 with zero home runs over the first 13 games. Things however have turned around and done so quickly for Moustakas as he is hitting .351 with three home runs and an OPS of 1.172 over the last 10 games. He homered twice on Friday night. Now, do I think that Moustakas is all of a sudden going to be a league MVP? No, but I don't think he is as bad as we've seen him be either. If he is still floating about your fantasy baseball waiver wire I would consider him a priority add because he has legit 30+ home run potential.

Listen, I know Hendricks has had a few rough starts this season but we only need him to go 5.2 innings today to get us the over here and that is something he has done in three of his last four starts. He nearly tossed a complete-game shutout in his most recent outing, allowing just three hits over 8.2 innings against the Padres. Today he faces a Diamondbacks team that has just a .285 wOBA against RHP and the second-lowest team batting average against righties on the year at .200. Hendricks isn't much of a strikeout pitcher but the Diamondbacks also own the second-highest strikeout rate against RHP this season at 25.8-percent.

Every so often there are props that just look off to me and today this was that prop. Bassitt has struck out six or more hitters in five of his six starts this season which includes two games of eight strikeouts. The only time he failed to reach this mark was in his most recent outing in which he failed to throw at least six innings for the first time this season. Today's matchup brings the Seattle Mariners who have a 23.1-percent strikeout rate against RHP over the last two weeks and on the year they own the second-worst road batting average in baseball at just .201. This feels like a perfect matchup for Bassitt to pitch deep into a game where that 26.2-percent strikeout rate will get us the over.

Morton has long been an elite strikeout pitcher but this season that just hasn't been the case for the 38-year old righty who has yet to hit the over on today's number this season in any of his six starts. Morton has three games of five strikeouts, including a game against today's opponent the San Diego Padres. Over the last two weeks the Padres have just a 20-percent strikeout rate against right-handed pitching and their lineup is starting to get a bit healthier as well with the likes of Wil Myers and Luke Voit returning. Morton has yet to complete six innings in any start this year and over his last five outings, he has an ERA of 6.17. Seems like a matchup where the Padres can get to him early and the strikeouts just won't be there for him today.