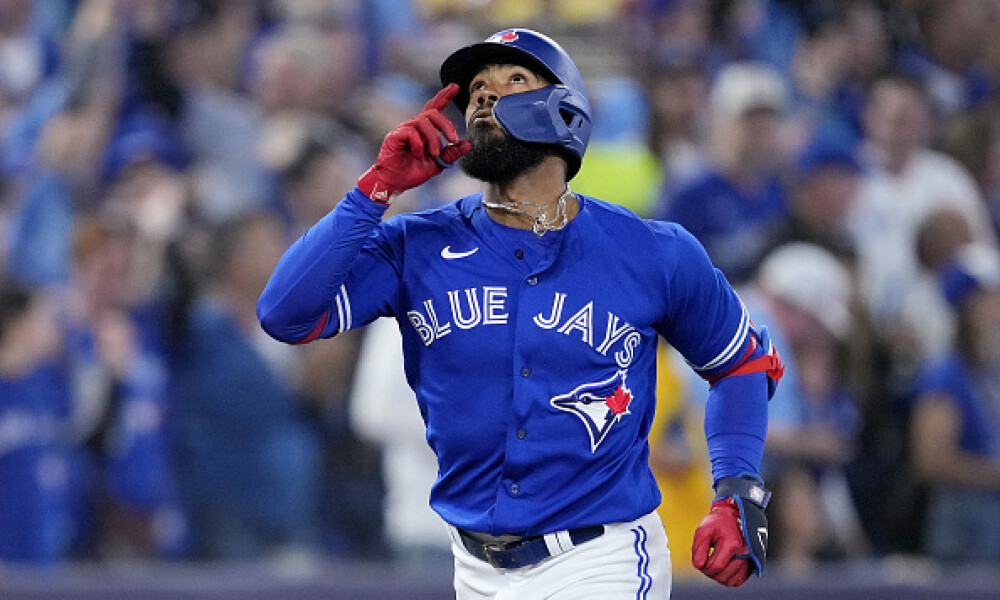 On the heels of the AL and NL Rookie of the Year votes, and the AL and NL Managers of the year results, and Anthony Rizzo signing a deal with the New York Yankees, and Justin Verlander saying he wants a similar deal to Max Scherzer… the Seattle Mariners are making moves. What kind of moves? Well, we always know it’s something big when Jerry Dipoto is at the helm of the team. Fresh off having Julio Rodríguez named the AL Rookie of the Year the outfield is getting more stout for the Mariners. On Wednesday Seattle traded for All-Star outfielder Teoscar Hernández from the Toronto Blue Jays. The AL West was shaping up to be a tough division after the Angels added Tyler Anderson on Tuesday, but now a huge bat heading to the Pacific Northwest only makes the AL West even more loaded.

What does this trade mean for Fantasy Baseball for the Seattle Mariners?

The Mariners outfield was a bit of a mixed bag last season. While they did have the Rookie of the Year in Julio Rodríguez, that was about the only bright spot. Rodriguez had 511 at-bats out of the team’s outfielders 2000 total on the season, and hit .284 in those 511 ABs. The Mariners outfielders as a whole, including Rodriguez hit .229, meaning the rest of the outfielder group hit .210 on the season. Teoscar Hernández will surely improve that. Even in a year in which he lost time to injury, he still hit .267 and in 2021 hit a fantastic .296. That doesn’t mean it’s all going to be roses for Hernandez though. The average has been a bit all over the place for him in his career thus far and while he’s posted back-to-back 25 or more homer seasons, there are some question marks. Going from the AL East to the AL West and Seattle as a home park is a downgrade for sure as T-Mobile Park ranked as third-worst in runs and hits in terms of park factors in 2022 while being middle-of-the-pack in HR factors. Seattle lengthens the lineup and should get more run-production as a whole but overall for Hernandez it’s a slight downgrade in value.

What does this trade mean for Fantasy Baseball for the Toronto Blue Jays?

Losing a middle-of-the-order bat can’t be good for Toronto right? Typically it’s not but, with the depth that the Blue Jays have it shouldn’t be that big of a loss. Their starting outfield now appears to be Lourdes Gurriel Jr. in left, George Springer in center, and Whit Merrifield in right with Nathan Lukes on the bench and perhaps they bring back Raimel Tapia who was recently DFA’d. In return in the trade, the Blue Jays got some much needed bullpen help and a High-A starting pitcher from Seattle. While it’s not a sexy return, it will help them this year and perhaps make their starting pitchers more fantasy relevant as their pen should hold leads better in 2023 and thus get starters wins.