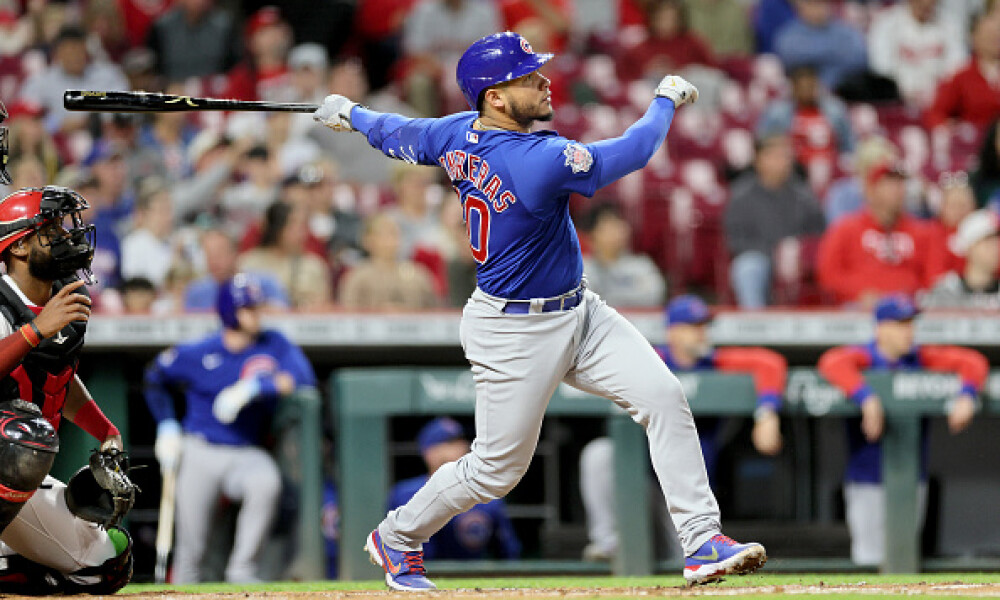 Ladies and gentlemen, the 2023 MLB free agency has commenced! We’ll be breaking down all of the MLB free agent signings in our MLB Free Agent Tracker (coming soon), and providing a series here of the top MLB free agent rankings for each position. For fantasy baseball purposes, the catcher position may not be the flashiest or the sexiest, but in reality, it’s one of, if not the most important position in Major League Baseball.

All in all, the 2023 MLB Free Agent catcher class isn’t too shabby, headlined by Willson Contreras, Christian Vazquez, and Gary Sánchez. At various points, each of these players had some fantasy value, and their landing spot in MLB free agency will play a big part in how we perceive their 2023 fantasy baseball value, and where they will find themselves in 2023 preseason fantasy baseball rankings. Where will these catchers sign in MLB free agency? Time will tell. As more information is made available and as we track all of the MLB free agent signings, let’s take a look at the top five MLB free agent catchers currently on the market.

Contreras declined the Cubs’ qualifying offer and in a rather thin pool of free agent backstops, he figures to do quite well on the open market. He was limited to 113 games last season by injury, but he was on pace for a career-best in home runs last season, amongst other categories. He cut his strikeout rate to 21.1 percent, the lowest mark of his career, and his .256 xBA was the highest mark he posted since 2017.

Defensively, he may not be the best pitch receiver, per his framing and other advanced metrics, but he’s got a live arm with an above-average pop time. An improved team around him should only help his counting stats, and if he gets to a right-handed hitter-friendly park, his pull-side power will be on full display.

We may not see the 2019 Vazquez again, but he’s shown that he can provide a quality batting average behind the dish, with slightly above-average defensive capabilities. Vazquez was excellent with Boston and traded to Houston, where his numbers took a bit of a dip operating in a split with Martín Maldonado. Recency bias may take some of the shine off Vazquez, as he hit just .235 with a 31.6 percent strikeout rate in the postseason, but his time in Boston in 2022 was incredibly profitable from a fantasy perspective. If you take his numbers solely from his time with Boston, here would have been his marks over 162 games: .282/.327/.432, 15 HR, 64 R, 81 RBI, 2 SB

Same story, different year for Sanchez. He provided adequate power (26.2 AB/HR) for the position, but a 28.9 percent strikeout rate kept his batting average around the Mendoza line. He was better defensively in 2022 than in years past, but he’s still average from a defensive perspective. For fantasy purposes, Sanchez ideally goes to a good ballpark where he can ideally be the primary DH, and spell the regular catcher when needed. His batting average was 20 points higher as a DH compared to as a catcher this past season, not to mention his .743 OPS as a DH was significantly better than his .632 OPS when catching. The landing spot is big for Sanchez to say the least.

Narvaez will be a niche signing, as a team who desperately needs a starting catcher will likely be more in on Contreras, Vazquez, and maybe even Gary Sánchez in a pinch. Narvaez is one of the better defensive catchers available, ranking in the 89th percentile for framing. His pop time may leave a bit to be desired compared to others, but he receives pitches well and has been solid in this department the past three seasons. Offensively, he’s best against right-handed pitching (.268/.345/.406) and has major splits that will likely prevent him from getting a full-time role.

Zunino will be a bit of a wild card in free agency. He’d be a risky yet potentially rewarding signing, given that he had a shoulder issue this past year and underwent thoracic syndrome surgery back at the end of July. There’s optimism that he’ll be cleared before spring training, and back in 2021, he hit 33 home runs in just 109 games played. He’s solid defensively, and if healthy, we know the power is there with Zunino. Sure, he’ll drain your batting average and the strikeouts aren’t going away, but his pull-side power would thrive in a park (and division) that plays friendly to right-handed power bats.