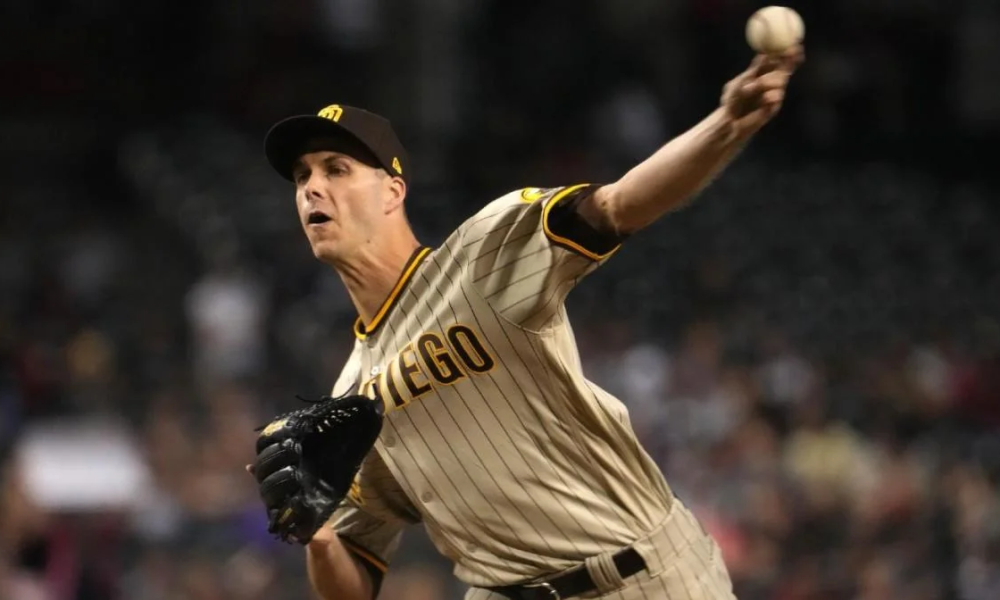 We’ve seen over the last few seasons that relief pitchers have taken a bigger and bigger role on teams. The last few World Series winners made bullpens a highlight of their offseason free agent moves. The same will be the same in 2023 MLB free agency. There are big names still available on the open market even with the Padres signing Robert Suarez to an extension and the Mets signing Edwin Díaz to a five-year deal as well. While bullpens can be tricky to sort out for fantasy baseball players, and hence the addition of Holds to a lot of leagues, they are absolutely key pieces for your favorite MLB team to have plenty of depth in. Let the free agency feast begin.

It was an interesting 2022 season for Rogers. He started the year as the de facto closer in San Diego and posted 28 saves before getting swapped for Josh Hader at the deadline. Once he wound up in Milwaukee, he was no longer getting saves — just three in the last two months — and his ERA and FIP jumped quite a bit. In San Diego, the ERA was high at 4.35 but the FIP was great at 2.34 over 41.1 IP, however the move to the NL Central ballooned his ERA to 5.48 and FIP to 5.07 over his final 23 innings. That surely won’t help his value heading into free agency. However, here’s the good news, last year was a fluke. In the four prior seasons to 2022, Rogers he had a FIP between 2.13 and 2.85 while posting a slightly higher average K/9 and lower BB/9 rates. Trades can affect guys in ways we don’t quantify, just like at Hader for the first 6 weeks with San Diego. Teams are locking for high-leverage, backend of the bullpen arms and that’s exactly what Rogers is. If he lands on a team without a locked-in closer already, he will make a very interesting closer option for fantasy baseball in 2023.

New team, same Jansen. Signed in the offseason to bolster the Braves’ bullpen, he did just that for much of the season tying his third-best saves total in a year in his career. It wasn’t all sunshine and rainbows though as several key metrics were among the highest of his career. BAA, HR/9, ERA, FIP, BABIP, and GB% were all among the worst three marks of his career. So what to make of that? Well, for fantasy players, the numbers were all still there for him as he was one of just two pitchers, he and Emmanuel Clase, to top 40 saves on the year, and among the 152 qualified relievers his K/9 (11.95) and K% (32.7) rank 20th. The rise in ERA can be explained by giving up more fly balls and more homers than previous years. If he can get back to keeping the ball on the ground more next year, the ratios should be back to normal as he clearly still has the stuff to be a top-level closer for whomever he signs with for 2023 and potentially beyond.

Another key piece of the Mets pitching staff is set for free agency as, if you’ve read the Top-5 Starting Pitcher Free Agents piece, three members of the rotation are too. The first thing that stands out about Ottavino’s year was the lack of walks. How few walks? It was a career-best year in BB% and BB/9, over a full season of innings, and that contributed to his great ratios as well as the second-best career mark in K-BB% at 24.4-percent. His pitch mix was a big part of his success as he dropped both his fastball and slider usage and increased his cutter and split-finger usage. His slider is a wipeout pitch, but in recent years he’s had trouble controlling the pitch leaving hitters to spit on it rather than swinging at offerings well out of the zone. How do we know the pitch mix helped that much? He produced the lowest Hard Hit % and highest GB% of his career at 22.8 and 51.9 respectively, again over full seasons. Reducing hitters hitting the ball hard and keeping it on the ground is exactly how relievers keep runs off the board and batters off base. He’s unlikely to be signed as a team’s primary closer but in leagues that count Holds as a category or for points, Ottavino will still be valuable as he should continue his run of success with an updated pitch mix keeping hitters off-balance and making weak contact or just plain missing the pitches entirely.

Chafin declined the $6.5 million option to return to the Tigers after a career year in 2022. While he’s had years in which individual stats have been better than 2022, he’s never put together a year in which he’s had this good of ratios while posting this good of K- and BB-rates along with a .217 BAA. Who can blame him. He’ll be sought after for bullpen depth by teams looking to compete in 2023 and beyond and that’s not really Detroit. That being said, there are some things to be concerned with for Chafin going forward if he does indeed depart from the Motor City. His home-road splits were certainly telling. Chafin pitched identical inning counts between the two (28.2) and faced just five more hitters on the road than home (124-119) so it’s a fair enough split to use. He gave up four of his five homers allowed on the road and allowed a .368 SLG on the road compared to .291 at home. There was a near-70-point difference in wOBA allowed too with the higher number being on the road. Digging deeper, the walk rate jumped from 4.2 at home to 11.3 on the road which led to a WHIP of 1.33 on the road compared to 1.01 in Detroit. His FIP was also more than 2.5x higher on the road than home (4.44 to 1.68 respectively). All of this indicates that if he doesn’t go to a pitcher-friendly park, like Detroit, it might be a return to somewhat higher ratios and perhaps less Holds. It’s certainly something to monitor for 2023 fantasy baseball teams.

From the former Dodgers’ closer to the latest one…at least for part of the year. Kimbrel was a tough watch in 2022. Frankly, he’s been a tough watch for the last few years but there were signs of life in 2021 that lulled fantasy baseball players into safety. First things first, his fastball averaged 95.8 mph which is the lowest it’s been since his rookie year, when he was on the mound for just 20 innings. Secondly, if we get into more advanced metrics like WPA, RE24, and Clutch (all from Fangraphs), it gets a lot messier for Kimbrel. WPA or Win Probability Added comes in as his worst season of his career (-1.55) and that’s the same with RE24, a metric that determines how well he kept runners from scoring, with a -4.69 mark, compared to his career best in 2017 of 28.2 which went with a 1.43 ERA. The Clutch metric helps determine how well a pitcher did in high-leverage spots compared to context neutral situations and again, it was Kimbrel’s worst year. So while he was still solid at striking out hitters and had a FIP that fits well with most marks from the last several seasons, he just wasn’t good in save spots. Going into free agency expect a team to sign him as a middle reliever option who can get holds for fantasy baseball managers.