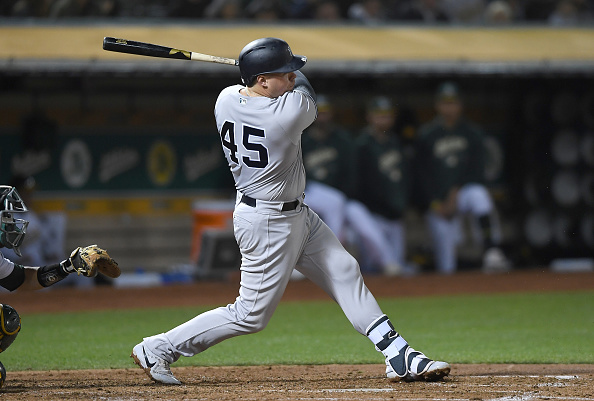 Luke Voit , NYY 1B – Greg Bird , who? Greg Bird , WHO!? This Voit character is lighting up the skies in New York! Over the last two weeks, he’s left the yards seven times, posting a ridiculous .500 ISO during that stretch, which is actually the best in baseball during such stretch. His .881 slugging percentage is second in baseball during the past 14 days and New York looks committed to getting him regular at-bats the rest of the way. Well, well, well, just another powerful bat in the New York lineup. This is just what the rest of the league needed!

Voit homered 11 times in 78 minor league games before getting the call to the show, and albeit in a small sample size, the strikeouts are up at the big league level. However, that isn’t too much to be concerned about, because there is a steep learning curve and oh yeah, who cares about strikeouts anymore? Voit’s ownership is steadily increasing, so hop on the bandwagon before it’s too late. 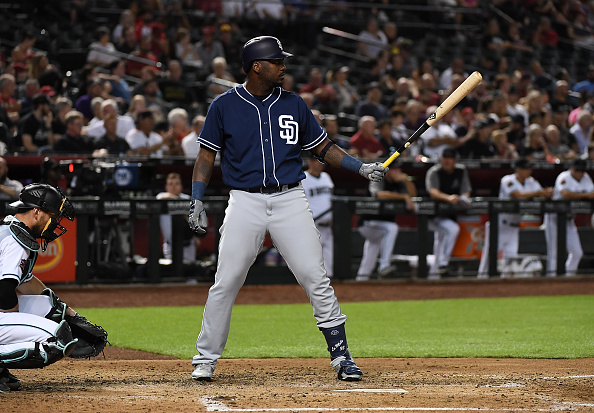 You know how Voit is tied for the league lead in ISO over the last two weeks? He’s tied with Reyes.

Two of his home runs have come in the spacious confines of Petco Park, while the other four have come at Arizona and Los Angeles. Reyes has 15 home runs in just 183 at-bats this season, which is a solid 12.2 AB/HR. That’s really, really damn good. Do not look too far into this, but Reyes’ 12.2 AB/HR mark is actually better than Boston’s J.D. Martínez (13.0). Down the stretch run, every statistical point counts, and Reyes can be a difference maker in the power department.

Jake Cave, MIN OF – Before getting the call to the show, Cave hit just six home runs in 216 at-bats at Triple-A Rochester. In his entire minor league career, he hit just 36 home runs in 658 games. However, since the promotion to the big league club, Cave has swatted 10 home runs in 68 games, including a slugging percentage that is approaching .500. His near-.800 OPS is solid as well, and it’s quite fitting, considering as he’s made soft contact just nine percent of the time!  NINE PERCENT! In other words, Cave is making medium or hard contact over 90 percent of the time. I’m a few years removed from school, but that’s an “A” if I do remember correctly!

Cave has two home runs so far this month, and three in the last six games. The lefty outfielder should continue to get regular at-bats in the Minnesota outfield and it is crazy that his ownership is below five percent in ESPN fantasy baseball leagues, considering he’s been pretty good now for quite some time with the Twins. Again, these acquisitions at the end of the year are the difference in winning and losing. Cave can help you win.

Tyler White , HOU 1B – Over the last week, White has parked two long balls and posted quality marks in batting average (.308) and slugging percentage (.615). He’s mashing both lefties and righties this year, with higher marks in batting average against lefties, but more power against right-handers. White has been a stalwart in the Houston lineup over the past two weeks, only getting one day off in that span. White’s hitting the ball on the ground a bit much, and he rarely uses the opposite third of the field.

Unlike Cave, who rarely makes soft contact, White makes soft contact about one-fourth of the time. However, his hard hit rate is comparable to Cave’s. For White’s long-term potential, beyond just the final few weeks of 2018, it’s encouraging to see that his strikeout rate is lower than any of his other stints with the big league club. White’s ownership has skyrocketed in recent days, to the tune of being owned in over half of ESPN fantasy leagues. However, if you’re in a league where some of the individuals have switched their attention to fantasy football, White certainly might be available. If that’s the case, scoop him now and waltz to a title.