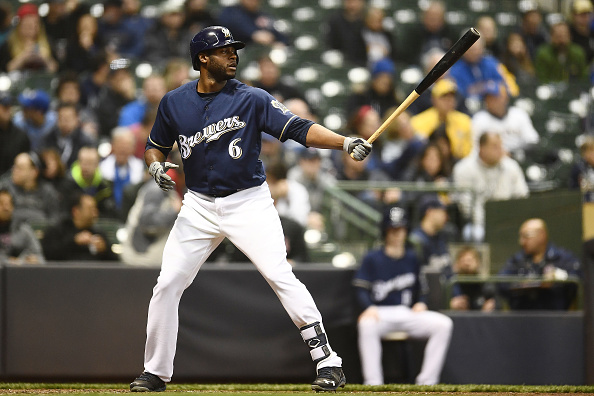 As the first half ends in Major League Baseball, many players are just trying to get to the break healthy to rejuvenate and come out firing in the second half. Others aren’t so lucky. There have been a plethora of injuries recently that have hurt many of our fantasy teams. We’re not just going to harp on the negative and talk about everyone who is on the shelf and not helping our teams because that would be far too dark and depressing. We’re also going to open those curtains up and smell the roses and stare at the sunshine, no don’t stare at the sun, STOP IT, ah forget it. Okay, it’s time to get down to business. Let’s take a look at a few guys on the shelf, a few who are coming back soon and a couple who are day to day just getting some extra rest.

After exiting a game on June 23rd with groin tightness the Brewers wanted to wait and see if he could rest a little bit and not have to go on the DL. Three days later he was indeed put on the shelf. The good news is that he has been doing some jogging and all signs point to Cain being ready to be activated on July 4th when he is first eligible. The Brew Crew could really use his stability in the lineup with fellow outfielder Christian Yelich sitting out a few games and facing the possibility of being put on the disabled list as well. Lorenzo Cain is hitting .291 on the season with eight home runs and sixteen steals and is setting the tone for this Brewers lineup batting leadoff almost everyday with a .394 on-base percentage. Increasing his walk rate by over 5% has put Cain among the elite leadoff hitters in the game today and everyday he misses kills the Brewers and his fantasy owners alike. 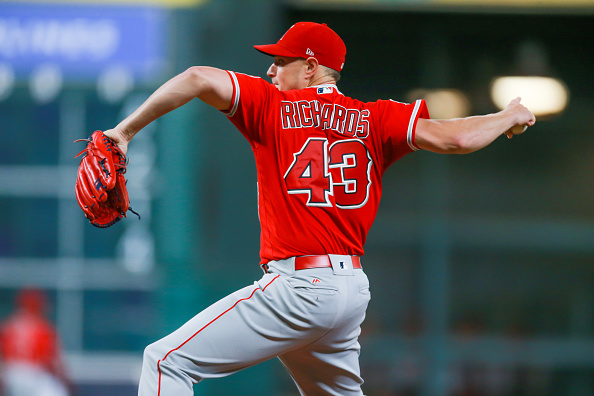 The flame throwing righty was placed on the DL retroactive to June 14th with a hamstring injury forcing him to exit his start in Seattle after just two innings. Over two weeks later, he has made a rehab start at High-A Rancho Cucamonga where “Next Friday” took place with Craig and Day-Day. That irrelevant tidbit of information aside, Richards looked shaky giving up seven hits and five earned over 3 1/3rd innings. Surely he’s just knocking some of that rust off and getting back out there to locate his pitches so there shouldn’t be any concern for when he gets back to the show. Richards could be activated on Independence Day as well to start against the Mariners unless they want him to get one more rehab start in with the first one being such a struggle. Either way, his 3.42 ERA, 26.8% K-rate and 1.29 WHIP will definitely be in play when he returns to an Angels team desperate for some good pitching.

Another Milwaukee outfielder nursing an injury. Yelich had some back tightness in last Thursday’s game versus the Reds and has missed four straight games. No announcement has been made about a possible DL stint and in fact he took some batting practice prior to Yesterday’s game, again with no announcement of a setback. At this point he is day to day but seems to be inching closer to a return. Yelich is 9th in runs scored and has a 20-20 season in his sights. He’s batting .289 with a .364 OBP and is the number two hitter in a potent lineup. Milwaukee is missing their one and two hitter and need them back soon if they want to maintain first place in the NL Central with the Cubs closing in on them fast.

The A’s veteran right hander has been dealing with an Achilles injury since June 9th. Cahill is scheduled to throw at extended spring training today after throwing a bullpen this past Friday. If all goes well he’ll likely need a rehab start before returning but things are looking good for him as of right now. His sub 1.00 WHIP, 2.77 ERA and 19.2% K-BB percentage shows what kind of season he was having before the injury and all of his fantasy owners hope he can return to that form when he comes back. Cahill has seen a resurgence this season coming back to Oakland and many of his fantasy owners could use his ratios with all of the injuries to the position as of late. 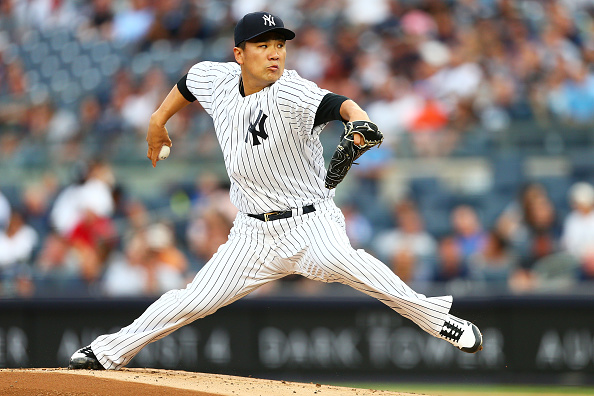 The Yankees hurler pulled up lame on BOTH hammies running the bases back on June 8th in an inter league game. After throwing a simulated game the Yankees want him to make just one rehab start before returning the team putting him about a week away from a return to the team. While he hasn’t been great with an ERA over 4.50, he has a SIERA almost a run lower at 3.62, a healthy 18.4% K-BB percentage and a 7-2 record. Getting him back on your roster should be a great thing as he’s on a team that gives him ample run support and has a stacked bullpen to close the door on solid performances,

Expected to be back yesterday from a fractured left hand, it has been announced that he will not be joining the team for the Diamondbacks series but there were no setbacks reported. With nothing else to go off of in this situation, expect the power hitting middle infielder to return at some point later in the week when the Cardinals square off against the San Fransisco Giants. DeJong has been out for a month and a half but was doing some serious damage before the injury. His .824 OPS and 29.2% K-rate pretty much sums up the hard hitting righty although his 9.4% walk rate this season is much better than it has been in his young career. The adjustments seemed to be paying off for him early in the season.

Another pitcher on the shelf scheduled to throw a simulated game. Thor is supposed to throw today after missing over a month with a strained ligament in his right index finger. The arrow is pointing up regarding his recovery, however, with the Mets being 14.5 games back of the Braves in the NL East we shouldn’t expect them to rush their ace back to the mound. They could activate him after a rehab start but we should fully expect the team to hold him out until after the all-star break, then again, this is the Mets. There’s nothing really to discuss regarding the big righty and his numbers so far, he’s been great as expected. 4-1 with a 3.06 ERA, a 28.3% K-rate and a measly 4.8% walk rate puts him in the elite category.

This one is simple, he can’t pitch yet, but he is going to be in the lineup very soon swinging a big stick. He’s likely to be activated this week after having no complications thus far in his rehab assignments. Again, he will not resume pitching until well after the all-star break when the team will want to re-evaluate him after treatments. Ohtani is lights out on the mound, filthy. We won’t get that for a while so what we must be thankful for is that he can still swing the bat, oh and he does that well too. “Japanese Babe Ruth” has a .289/.372/.535 slash line and has six bombs in only 129 plate appearances. In leagues where you own him as a hitter you count your lucky stars. In leagues where he is a pitcher, not so much. If you’re in leagues where he can be used as both you’re also in good shape.

As much dread as it brings me to end this on a bad note, it’s just how it worked out. The power hitting catcher is still a few weeks away from a return to the Bronx. After injuring his groin running out a play at first, Sanchez was given a three to four-week recovery timeframe in which he would return to New York in late July. However, it appears Sanchez is recovering quickly and is itching to come back sooner if Manager Aaron Boone and the training staff allow him to. It’s likely that he will return soon after the all-star break if there are no setbacks. Only batting .190 with a 23.8% K-rate on the season it’s probably not so bad for Sanchez to get away and clear his head. His 14 homers and 41 RBI’s from the catcher position however, put him at the top of the position in those categories. Fantasy owners want to get the value out of him that they’d hoped to get when they selected him in the very early rounds of drafts, so a quick recovery is ideal.