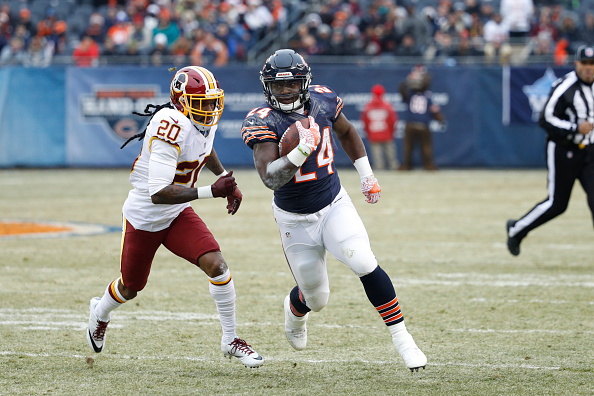 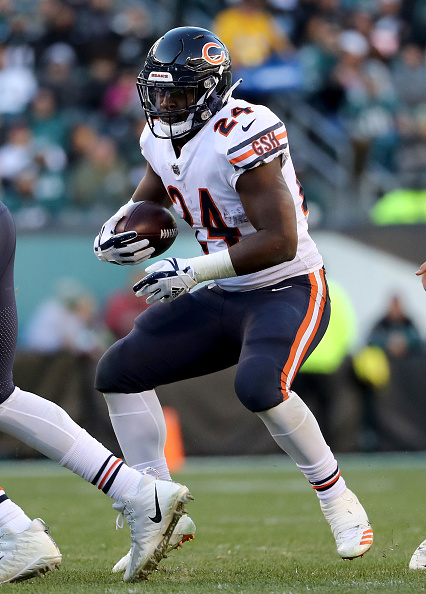 Jordan Howard RB, CHI- Chicago doesn’t have any offensive balance whatsoever and in Week 12 that was more evident than ever. Unsurprisingly, the Eagles and their top-ranked rush defense shut down Howard to a tune of six yards on seven carries. Game flow played a huge part in the ineptitude from Howard as Philly went up 24-0 in the first half. While he struggled mightily in this game, the future matchups for Howard are as juicy as they come. Over the next few weeks Chicago will see SF, CIN, DET and CLE, meaning three of their next four matchups will be against bottom-11 defenses in fantasy points given up to opposing running backs. The only team not in the bottom-11 in that list is the Cleveland Browns who just allowed Joe Mixon's first career 100 yard rushing game. Start, win, repeat.

Philip Rivers QB, LAC- Rivers is hot and he looks like a man on a mission over the last few weeks, averaging just under 307 yards passing and a 7:1 touchdown to interception ratio over the last 3 games and that’s not even the best part! L.A. has an upcoming schedule of CLE and WAS at home and KC and NYJ on the road, all in the bottom 14 in fantasy points given up to opposing quarterbacks. Rivers has been force feeding his receiver Keenan Allen and it has resulted in an awful lot of fantasy points for the duo over the last couple of weeks. The Chargers suddenly find themselves one game out of the division lead after the Chiefs continued their slide, setting up a blood in the water type mentality for Philip Rivers and the Chargers.

Davante Adams WR, GB- When Aaron Rodgers went down due to injury in Week 6, it was hard to find any silver lining for any of the Packers going forward, especially at the WR position. Backup quarterback Brett Hundley took over and immediately showed his inexperience. In his first five games Hundley threw two total touchdowns and seven interceptions. In Week 12 however, he went for 245 yards and 3 touchdowns against a tough Steelers defense. Through all of this he’s maintained a nice rapport with only one receiver, Davante Adams. In the six games with Hundley under center, Adams is averaging just over five receptions and just under 70 yards per game with three touchdowns. Those numbers don’t scream victory but at the spot Adams was likely drafted in your league, surely you’re looking for some hope. Hundley is getting more and more comfortable and is continuing to force the ball to his favorite guy in Adams and with Tampa and Cleveland on the schedule, we could have a couple of big games here. 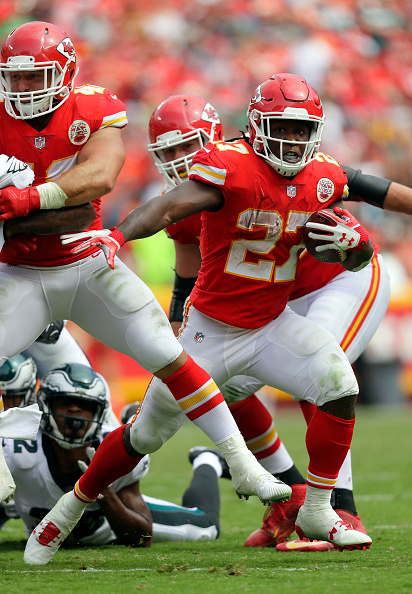 Kareem Hunt RB, KC- My goodness the Kansas City Chiefs are a disaster! Andy Reid is an insanely stubborn play caller and it’s ruining their season. There is too much talent on that roster to lose four out of five games. We all know how talented Kareem Hunt is and that’s why everyone has stuck with him thus far. Hunt has now been held to 12 or less standard fantasy points in every game since Week 3 and after squandering opportunities against some very bad run defenses in the last few weeks the matchups don’t even matter anymore. The game plan from Kansas City is centered around gadget plays to Kelce and Hill with no real intent to get Hunt and the running game going and with  a sample size this big it’s hard to trust the rookie going forward.

Dez Bryant WR, DAL- Continuing the conversation of “sample size”, we have a pretty big one here. Dez Bryant has yet to surpass the 100 yard mark in 2017 and with only 4 touchdowns (none since week 7), Dez has simply let down anyone who took a chance on him after starting fairly hot in the touchdown department early on in the season. Obviously this has a ton to do with the injuries to the O-line and suspension to Zeke, giving Dak almost no time to get the ball to his main target. Even so, that doesn’t change the fact that Dez Bryant is now looking at a season where he doesn’t finish in the top 30 at the position, a far cry from where his fantasy owners expected him to finish on draft day.

LeSean McCoy RB, BUF- McCoy could quite possibly finish the 2017 season on a high note although it’s going to take quite an effort. Buffalo gets two matchups with New England, a team notorious for taking away and game-planning against the opposing teams best player. In Week 14 they have a matchup with the Colts who at first glance seem like a nice matchup, however, haven’t given up 100 yards rushing since Week 7 and have faced the Bengals, Texans, Steelers and Titans during that span. Week 15 brings a decent matchup with Miami who just allowed almost 200 yards rushing to the Patriots so it’s not all bad for McCoy, it’s just not all that good either. 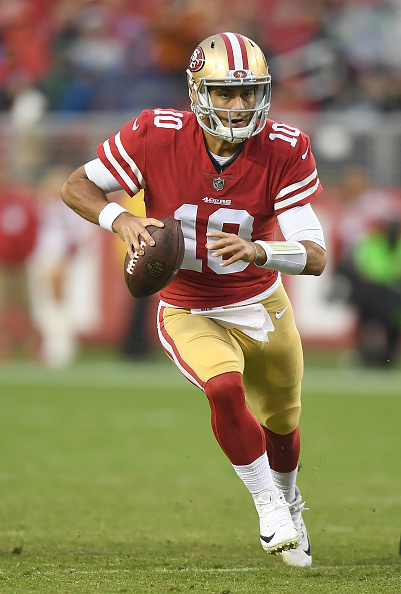 Jimmy Garoppolo QB, SF- Jimmy G!!! After an injury late in Week 12 to starting quarterback C.J. Beathard, Garappolo came in and quickly threw a touchdown to Louis Murphy on one of his two pass attempts against the Seahawks. There isn’t much to go off of here since he hasn’t been with the team all that long but we know this guy is talented and we know San Francisco wants him to be the guy. What is intriguing here is the next three weeks for the 49ers are so very juicy for Jimmy G if he gets the opportunity to start. First they get Chicago, then it’s on to Houston and Tennessee, none of which have shown that they can stop a passing attack. If your looking for a quarterback on the waiver wire, grab Garappolo while you still can as he’s available in over 93% of ESPN leagues.

Matt Ryan QB, ATL- When it comes to Matt Ryan we have to really consider the matchup and that’s why it’s important to keep Ryan in mind to finish out 2017. After next weeks matchup against the vaunted Vikings defense, the Falcons get the Saints twice and the Bucs again who were just torched by Julio Jones for 253 yards and two touchdowns. With a division battle brewing in the NFC South, look for Ryan to produce solid fantasy numbers to finish out the season. The expectation of less than elite stats is what keeps Matt Ryan from being in the rising Stock portion, as even in great matchups he’s produced only middle of the pack fantasy numbers for much of, if not all of the 2017 season. If you’re looking for a guy who will give you a solid floor of about 12-15 standard fantasy points then he’s your man, but be weary of hitting your head on that ceiling!