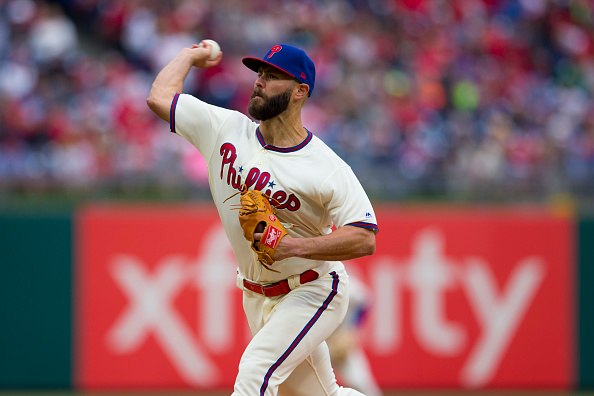 There is a significant lack of top-tier options this scoring period, with a paltry four starters gracing the upper group. There are substantially more options in the middle set of SP with a pair of starts to help your fantasy pitching efforts, and not a huge number of pitchers to avoid in the bottom tier. Overall, not a great week for two-start options, but they cannot all be gems.

With only four no-doubt options in Week Five, you will have to rely on your streaming skills to flesh out your rotations in the event you have a minimum number of innings to qualify your fantasy squads in the upcoming week. Of course, it does not help matters that two of the usual top-tier options are scuffling in the middle group this week, and you should expect both those guys (can you guess whom?) to return to the upper echelon soon enough, but for now, even these top four choices are not stellar selections.

Musgrove leads off the middle tier, and he has been nothing less than dominant so far in this young season. He gets the Diamondbacks at home to open the scoring period but then has to head to LA and face off against Clayton Kershaw , which to be honest, is not as daunting a task as it was a couple of seasons past. His stellar sub-one ERA and WHIP (0.81 and 0.76 respectively) will not remain at that level for much longer, but right now, there is not a better SP to employ for your fantasy rotation. 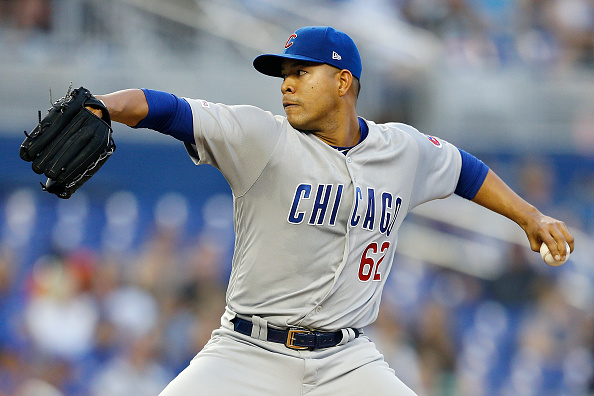 Quintana gets two trips to the bump in the fifth week of the season due to the Cubs brain trust juggling the rotation to favor lefty-righty and visa versa matchups to end Week Four and begin Week Five. The Chicago southpaw is coming off 14.0 scoreless innings, where he collected a pair of victories and quality starts (QS). He also had a superb 18:1 K/BB ratio in those two contests.

Gausman has been racking up Ks at better than one per inning, with 22 strikeouts over his 19.2 innings pitched (IP). In addition to providing nice counting stats, his ratios are extraordinarily useful to date as well: 2.75 ERA and 0.76 WHIP in his three starts this year. He is facing a pair of cellar-dweller opponents in Week Five, to make him even more attractive as a pitching option in fantasy circles.

Sale is 0-4 on the season but, did manage to reestablish his fastball velocity in his latest start, averaging 95.5 MPH against the Yankees. He was not expected to be a peak form after a limited spring, but this early disaster is beyond what anyone anticipated. He has a couple of home starts in the upcoming scoring period, and with his velo back in form, look for him to push his ratios back down even further as he winds up April.

Carrasco still boasts (?) an inflated 7.41 ERA and 1.76 WHIP, but both are down significantly after a seven-inning scoreless effort midweek in Seattle, where he fanned a dozen while only allowing three base knocks and a couple of free passes. He now gets to face the woeful Miami team at home, but then takes on a more formidable opponent in the form of the Astros on the road to wind up his week. If you only wanted to trust his return to form in his first start, you will get no protest from this direction.

Peacock is back in the Houston rotation, after a brief stint in the ‘pen while the team was relying on a four-man rotation. If he was languishing on your wire due to his non-starter status, now is the time to snag him for your staff. He has two home starts on tap in Week Five, against the visiting Twins and Indians, and will likely provide good ratio and counting stats if you can snap him up.

Minor has been stingy on the hill, allowing just two earned runs over his last three appearances, which total 23 IP. His K rate is just average, sitting at 7.2 K/9 on the year, and he does have to put in his time this week on the road in both his starts, so some negative regression could be in the offing.

Turnbull seems secure in the Detroit rotation, with Matt Moore gone for the season. He has pitched well for the Tigers thus far, putting up a useful 3.43 ERA over his four starts comprising 21.0 IP, combined with an attractive 24:7 K/BB ratio in 2019. On the downside, both his starts this coming week are on the road.

Lynn has tossed three effective games, driving his ratio stats nearer to useful levels, after giving up seven earned runs in his first start back at the end of March. He is on the road for both his Week Five starts, though, and that has not been favorable for him over the past couple of seasons.

Miley saw his scheduled start pushed back one day, with Peacock entering the rotation, but still has a pair of outings in Week Five. He has two home starts, and while he will not provide many swings and misses from opposing hitters, he relies on his control to be effective, having yielded just four walks over 21.2 IP this season.

Gray is winless on the season, with an 0-3 record, but has tossed two QS in his last three outings, where he posted an admirable 22:2 K/BB rate over those 16.2 IP. His upside is limited in that he tosses the ball for the NL Central last-place team, Cincinnati and has to pitch at a decidedly hitter-friendly home park, where he opens the week against the visiting Braves. His statistical production is valuable, even if his prospects to provide victories is limited. 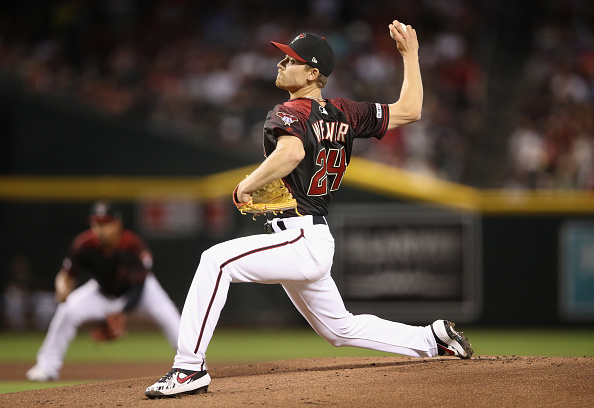 Weaver’s performances have been improving week-by-week as 2019 plays along. He held the Braves scoreless over five innings in his last start, giving up just four hits and one walk, driving his WHIP down to an attractive 1.21. Early generosity to opposing hitters means he has to continue to work on reducing his inflated ERA, although it is now sitting at a season-best 3.92.

Swanson notched a QS in his debut as an SP in 2019 for the Mariners, holding the visiting Indians to a single tally (on a Jake Bauers dinger). He struck out five and did not allow a walk in his first start, and has shown good K skills in his time in the minors. He looks to be a part of the Seattle rotation at this time, with Wade LeBlanc gracing the IL with an oblique issue, and he is pitching for a division-leading team currently.

Davies, unfortunately, does not get to face the Dodgers in Week Five, after having dazzled them in his last two outings, holding the NL-team that calls Los Angeles home to just one earned run over 12.0 IP. He is on the road for his two starts in the coming scoring period but has been effective away from home since 2017 for the most part. His peripherals hint at a correction to his stellar 1.19 ERA (4.21 FIP and 96.3% strand rate), in a negative fashion, which is why he is so low on the middle-tier totem pole.

Flaherty has sandwiched a pair of nice home starts between a couple of disastrous road outings this season. Fortunately for him, he is at home for both his trips to the hill in Week Five, facing the Brewers and then the Reds in this scoring period. He demonstrates a fondness for home cooking during the course of his MLB career, so this is not a bad time to plug him into your lineup.

Keller has appealed his suspension, handed down this week for plunking Tim Anderson after a bat-flip demonstration, so he is on schedule to toe the rubber for his two scheduled starts presently. Just a point to be aware of if you want to use him in your fantasy efforts. His ejection from his Week Four start ended his consecutive QS streak at four. He is sporting a nice 2.64 ERA and 1.17 WHIP through 30.2 IP, although the 17 walks over his five starts is a concern.

Godley has had two awful starts, and two good trips to the rubber to start this season. This coming week, he opens on the road in Pittsburgh, then takes on the Cubs at Chase Field. With his up-and-down performance so far this season, it is difficult to trust him, and his swing-and-miss skills have not been fully evident yet, either, making him a risky SP option. Because of the potential for a good outing, he does not belong a few inches below in the bottom tier, but continued inconsistency will drop him down there soon enough if the K rate does not improve.

While none of these SPs are suggested as two-start options going into Week Five’s games, the last two on the list would not be terrible options if you absolutely had to plug them into your rotation. Hellickson is out of favor due to his limited strikeout potential and poor control, and Happ should right the ship and in fact was not horrible in his last outing against the Red Sox. The balance of his tier is not exactly desirable as a portion of your fantasy effort in Week Five.