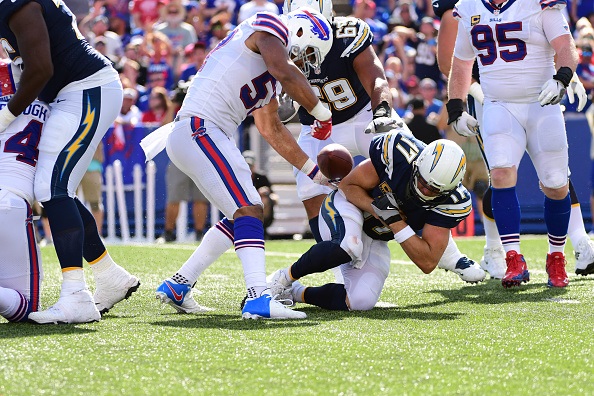 There is a boatload of rising IDPs to consider adding to your roster this week. With the tendency of NFL players to suffer injuries and miss time, that is a fortunate set of circumstances for the fantasy player in a league that features defensive players. Of course, there are also a handful of players you may want to consider sending to your bench, but that group is substantially smaller, thank goodness. Let’s get to the analysis without further ado so you can adjust your rosters accordingly.

Bye Weeks coming up: None this week, wait until Week 4 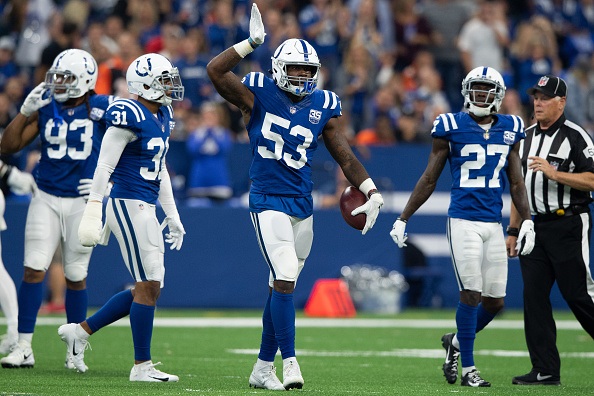 Leonard leads off the list of IDP you will want to claim this week. Certainly, you should not bank on another week with a 15 solo tackle effort, but if he continues to be a three-down LB, he will continue to rack up the tackles and provide continuing fantasy value.

Alexander put up a seven total tackle (TT) effort against the visiting Chargers in Week 2, and filled up the balance of the stat sheet as well: a sack, five solo tackles, two tackles for a loss of yards (TFL) a pass deflection (PD) and a QB hit (QH). He does not play every down at age 35, but he has been productive when on the field thus far.

So long as Deion Jones is out of action due to his injury, Riley looks to be able to pick up the slack for the Falcons. He put up nine TT in Week 2 (seven solo) as an every down LB, and the tackle numbers should continue to be in that range.

Campbell will also benefit from the absence of Jones in the Falcon linebacking crew. It is entirely possible that he will eclipse Riley in terms of weekly tackle numbers, and is certainly worth keeping an eye on if you are not able to add Riley off waivers.

The rookie Young took advantage of the absence of star LB C.J. Mosley in Week 2, collecting eight TT (five solo, one TFL) with a QH against the Bengals. Be wary about employing him this week, though, as the Broncos are allowing the fewest points to opposing linebackers in the early going of this season.

If you were disappointed with his production after Week One and dropped Pierre-Paul, you were doubly disappointed when he bounced back big-time in Week 2 with five solo tackles (one TFL), a sack and four QH.

Hunter’s production fell off last season when he only provided 7 sacks after a 12.5 effort in 2016. He looks back on track after collecting a sack in Week 2 with five TT (four solo, one TFL) and a QH to top off the defensive effort. He now has sacks in both of the first two games this season, and he is playing nearly every down.

Casey is not the most exciting defensive end to have on your team, but he is a steady performer. He is coming off a fine effort against Houston in Week 2, with five TT (four solo, one TFL), two sacks, a QH and a forced fumble (FF). The Week 3 opponent, Jacksonville, is in the top half of NFL teams with regard to points allowed to opposing DEs.

Mayowa is seeing plenty of playing time on defense, and rewarded his owners with seven TT (six solo, four TFL), a pair of sacks and two QH in Week 2 against the host Rams.

Charlton played 84% of the defensive snaps in Week 2, and figures to continue to be used heavily in the rotation for the Cowboys going forward. He put up an attractive stat line against the Giants: three solo tackles (two TFL), one sack, two QH and a fumble recovery (FR).

Our lone DT this week in the rising star section of DLs, Ogunlobi is surprising with three sacks in the early going. He picked up two sacks against Drew Brees in Week 2, with four solo tackles (two TFL) and two QH as well. He is playing the bulk of snaps for the Browns, so the production overall should continue, but the sacks may trail off going forward.

Allen has replaced Keanu Neal as the strong safety for the Falcons, and should provide steady if not spectacular production for fantasy purposes. He is a good source of tackles so long as he is starting.

The young player is showing great potential, with his ability to defend the pass as well as provide a blitzing presence on defense. He is coming off a great game against the struggling Bills, with eight TT (seven solo, two TFL), a QH and PD, together with a sack.

Strong safety Williams has run-stopping ability, as shown by his eight TT (six solo) against the Ravens last week. He also picked off a pass and had a sack, a QH and a PD in Week 2. So long as he does not get ejected again, as he was in Week 1, his production should be far better than adequate for fantast purposes.

Adams is coming into his own this season, after disappointing in last year’s efforts. He had seven TT in Week 2 against the Dolphins (four solo) with a sack, a QH and one FF. He has a chance to be a bright spot on the Jet defense this season if he keeps up this level of production.

Simmons has played every defensive snap for the Broncos this season, the only player to do so for Denver. He collect nine TT against the Raiders last week (eight solo), making him a valuable asset in tackle-oriented leagues.

Harrison is another safety that provides tackle numbers, with seven solos in Week 2 on his stat line. His defensive snaps nearly doubled between Weeks 1 and 2, and he was trusted to cover Gronk on a decent percentage of his 32 plays in Week 2. That shows a growing level of trust by the Jags.

Jackson left the Week 2 contest against the Falcons with a hamstring issue, so keep an eye on his status for Week 3. In his limited action, he put up a six solo tackle effort, with an INT, a PD and a FF, so if he can give it a go, he is well worth inserting into your lineup.

Alexander was a first round pick by the Packers, and should see additional snaps with starter Kevin King out with a groin injury. Of course, eight TT (seven solo, one TFL), a QH and half a sack in limited action as a nickel corner is not a bad bit of production to build on, either. 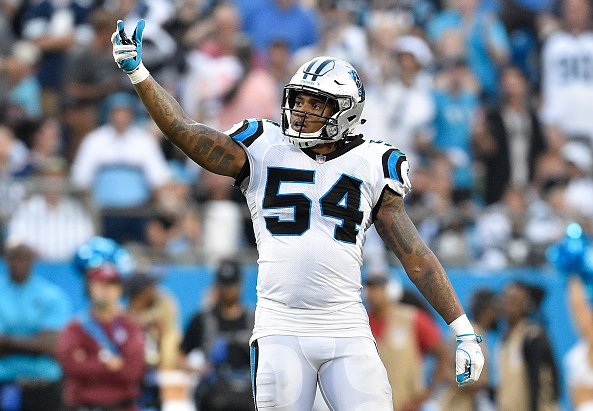 Thompson is playing in an every-down role for the Panthers, but providing just two solo tackles and one QH makes him difficult to rely upon for fantasy purposes. Avoid the frustration and find a replacement from the players listed above.

McKinney also played all the snaps on defense for his team, but put up disappointing results, with just five TT, just one a solo effort.

Kerrigan has just one assisted tackle to show for his efforts this season. That is simply not the sort of production you can have on your IDP squad.

Despite playing a significant portion of the defensive snaps in Week 2, Wilkerson managed to pick up just one solo tackle against the Vikings. It is tough to trust him after that sort of effort.

Beasley is not providing any of the pressure on the QB he demonstrated in prior campaigns, nor is he adding any tackles, with just two assists to his credit in Week 2. No pass rush and limited tackle production means you should just avoid him.

Joseph has lost his former starting strong safety position, and has played just 10 snaps on defense this season. Avoid him on your IDP rosters.

It is really too early in the season, with too small a sample size available, to accurately predict how teams are trending on defense yet. Come back next week when we have three weeks of stats to crunch for suggestions about specific teams to look to target at specific defensive positions (e.g., LB, DE, etc.).

As ever, good luck and Godspeed in your fantasy efforts. Make sure to read all of our great articles to help you win your fantasy match ups every week and ultimately bask in championship glory. FANation Chat is now live on the site, to help you work through your fantasy football dilemmas. Or if you have any fantasy football questions, especially about IDP leagues, you can also send a message toia@fantasyalarm.com for a personal response from the writer of this article. Naturally, the more detail you can send about your league, such as number of teams, platform you play in (Yahoo, ESPN, etc.), scoring and roster system, the better the ability to provide accurate advice.