Justin Vreeland runs through the running back position with interesting stats for 2019 and how that might translate to their 2020 season. 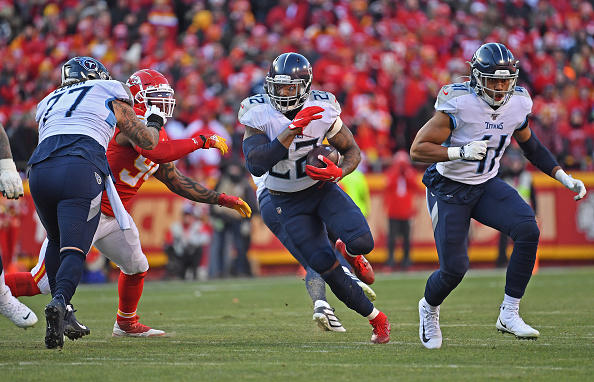 Welcome to the tenth edition of the RB previews! This week we are going to breakdown interesting stats from the 2019 season. These statistics can be used to form new opinions on players for the 2020 season, while also providing insight into things you may not have known.  Without further adieu, let’s dive in!

Derrick Henry led the NFL in rushing yards with 1,540 and it was his first time taking home the rushing title. It was also the 12th straight year that the leading rusher wasn’t the same person from the previous year (LaDainian Tomlinson the last to take home the rushing title in back-to-back seasons; 2006-2007). It also ended a streak of two straight seasons in which the leading rusher had fewer than 1,500 rushing yards; that hadn’t happened in two straight seasons since 1989-1990.

Matt Breida recorded the top speed on any run during the 2019 season, hitting 22.3 MPH on an 83-yard rushing touchdown in Week 5. It was actually his second straight season of recording the top speed in the NFL, as he reached 22.09 MPH on a 33-yard rush in Week 12 of the 2018 season.

Breida may have recorded the top speed, but it was Damien Williams who had the longest carry of the 2019 season, as he had a 91-yard touchdown in the Chiefs Week 7 win over the Vikings. Not quite as impressive as Derrick Henry ’s 99-yard touchdown against the Jags during the 2018 season, but impressive nonetheless. 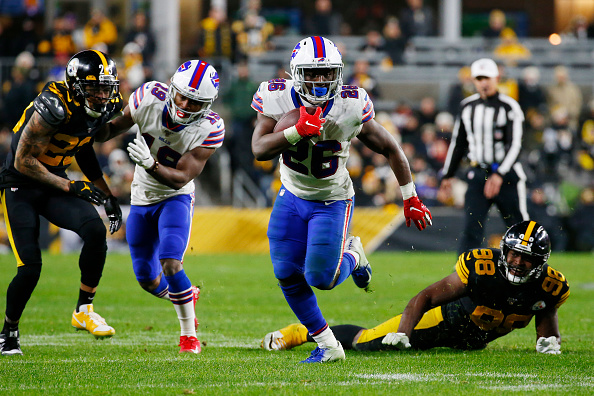 Elliott and Henry may have had the most cracks at long runs, but neither led the league in most carries of at least 40 yards. That title is a three-way tie between Leonard Fournette , Christian McCaffrey , and Nick Chubb , who each had four carries that went for at least 40 yards. Elliott, despite being handed the ball 301 times last season, failed to record a single rush of at least 40 yards; his long for the season was a 33-yard run.

Speaking of Fournette, his 100 targets, 76 receptions, and 522 receiving yards were all higher amounts than his first two seasons in the NFL combined. Oddly enough however, it was the first season in which he failed to record a single receiving touchdown.

Raheem Mostert led the NFL in yards per carry (among backs with at least 100 attempts) with a mark of 5.6. Not bad for a guy that wasn’t listed in the top two on his team’s depth chart to begin the season. On the negative side of things, Peyton Barber averaged the fewest yards per carry of anyone with a very poor mark of 3.1.

Unfortunately for Barber, Kalen Ballage failed to record 100 carries, because he would have easily had the lowest average in the league. He had the worst season I’ve ever seen, averaging just 1.8 yards per carry on his 74 attempts. Of those 74 carries, his longest attempt went for just eight yards. On top of that, he hauled in just 58.3-percent of the 24 passes thrown his way.

Moving from the worst to the best, Christian McCaffrey had a historic season. CMC set a new record for receptions by a running back with 116… breaking his own record of 107 that he set in 2018. He also racked up 2392 yards from scrimmage, which is the third highest mark in NFL history.

While not historic, McCaffrey also led the NFL in rush attempts inside the opponents 5-yard line last season with 17. He managed to plunge eight of those attempts into the end zone. Those eight touchdowns from inside the 5-yard line were good for third best, coming up one touchdown short of Dalvin Cook and Ezekiel Elliott .

Aaron Jones and Derrick Henry may have not led the league in touchdowns from inside the 5-yard line, but they did tie for the lead in total rushing touchdowns with 16. For Jones, it was more touchdowns than he had total through his first two seasons (13). 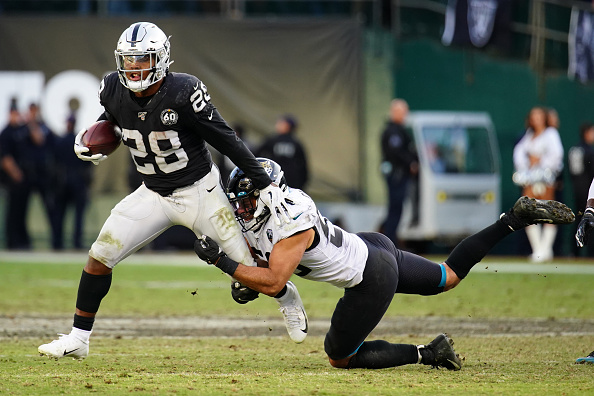 Kenyan Drake may have not led the NFL in any category, but he did have the biggest season turnaround of anyone. Through six games with Miami, Drake had just 174 rushing yards and zero touchdowns on 47 attempts. He was then traded to Arizona, where he rushed for 643 yards and eight touchdowns on 123 attempts across eight games.

One player that would never find himself in Bill Belichick’s doghouse (if he were a Patriot) is Joe Mixon . Mixon is the only player in the NFL with at least 500 rush attempts and zero fumbles since the start of 2018. It’s great to see that kind of improvement by a player who had three fumbles across 178 rush attempts as a rookie in 2017.

From sure-handed ball carrying to sure-handed receiving we have Austin Ekeler . He led all NFL players (with more than 50 targets) in catch rate with his mark of 85.2-percent. What makes that even more impressive is the fact that he had 108 targets. He has just one dropped pass on the year. On the other side of things we have Tarik Cohen who, while known as an “elite” pass catching back, led all running backs in dropped passes with nine.

Jaylen Samuels had the most pass attempts among all running backs with five. He completed four of them for a total of 35 yards, but his one pass that wasn’t caught by his team was an interception.

U. Amadi - DB
SEA
Seahawks slot CB Ugo Amadi (hamstring) is doubtful for Week 8 against the 49ers.
Seahawks S Jamal Adams (questionable) only managed to get in a limited practice this week and top CB Shaq Griffin is out. The Seattle defense is extremely thin in the secondary and at edge rusher right now, setting up the 49ers for a plus matchup while likely chasing points.
Added 11:00 pm (EST)
Added 11:00 pm (EST)

J. Norman - DB
BUF
Bills CB Josh Norman (hamstring) is out for Week 8 against the Patriots.
The Bills remain very banged up on defense with multiple starting corners out and other starters playing through injuries. It's tanked the once-good Buffalo defense to bottom-10 efficiency. Luckily for the Bills, the Patriots are on schedule next. Cam Newton hasn't looked sharp since going on the COVID-19 list earlier this month.
Added 10:55 pm (EST)
Added 10:55 pm (EST)

K. King - DB
GB
Packers CB Kevin King (quad) is out Week 8 against the Vikings.
The Packers might have the best corner in the NFL in Jaire Alexander, but there's a significant drop off to their next best and slot corner King won't be available. Whoever avoids Alexander between Adam Thielen and Justin Jefferson is set up for a high-ceiling game on Sunday, provided the wind stays under control.
Added 9:58 pm (EST)
Added 9:58 pm (EST)

F. Gore - RB
NYJ1
Frank Gore (hand) is questionable for Week 8 against the Chiefs.
Gore was limited on Wednesday, downgraded to DNP on Thursday, and limited again for Friday. Gore's absence on Sunday would obviously entrench La'Mical Perine into a bell-cow role after the rookie played a season-high 40 snaps in Week 7. Note that OC Dowell Loggains will continue to call plays in Week 8 against Kansas City.
Added 9:39 pm (EST)
Added 9:39 pm (EST)

S. Griffin - DB
SEA
Seahawks CB Shaquill Griffin (concussion, hamstring) won't play in Week 8 against the 49ers.
Griffin has far and away played the most snaps (279) among Seattle's corners, permitting 29 catches on 43 targets in coverage. Jamal Adams (groin) is additionally questionable for Sunday, heightening Jimmy Garoppolo's ceiling against a secondary that has permitted the most fantasy points per game to opposing quarterbacks to date.
Added 9:26 pm (EST)
Added 9:26 pm (EST)

B. Edwards - WR
LV
Raiders WR Bryan Edwards (foot, ankle) is questionable for Week 8 against the Browns.
Edwards opened Las Vegas' first three games as the starter opposite Henry Ruggs but provided little impact with 5/99 on six targets. Nelson Agholor has recorded a 16.6% target share on 79% of the team's snaps the past two games with Edwards sidelined. Edwards is not expected to be relevant in re-draft leagues behind Agholor even when the rookie returns.
Added 7:45 pm (EST)
Added 7:45 pm (EST)