Fantasy Baseball Daily Round Up: August 28 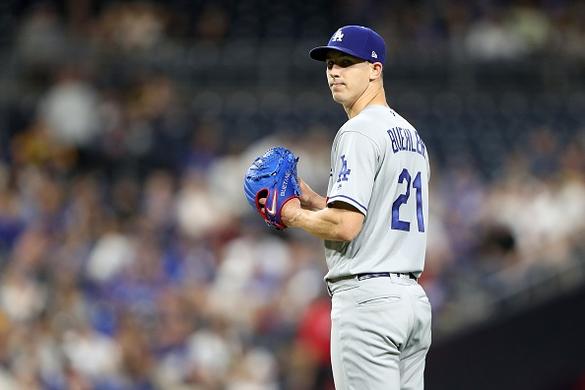 Walker Buehler takes home spotlight honors with another gem against the Padres. He fired six shutout innings in a win, giving up four hits while striking out 11. He led all pitchers in DFS scoring. He seems to have the Padres number, as he tossed a complete game against them earlier in the month with 15 strikeouts. Despite a game in which he gave up five runs (against the Marlins on the 15th), Buehler still posted a 1.69 ERA this month with 48 strikeouts across 32.0 innings pitched. It was his ninth straight start with at least six punch-outs and his 20th such start of the year. He has the look of a guy that will be competing for Cy Young awards as early as next year. He will carry a 11-3 record and 3.03 ERA into his next outing.

Yordan Alvarez went 3-5 with a pair of dingers, a double, four RBI, and three runs scored. How good is this kid? He is now hitting .329 with 21 home runs and 62 RBI across his first 60 games played. It feels like he makes every single Round Up that I write. He is going to be a four category monster for a long time.

Most XBH through a player’s first 60 career games:

Yadier Molina finished a perfect 3-3 with two home runs, a double, a walk, three RBI, and three runs scored. That gives him three home runs in the past two games and he has racked up six RBI in that span. Molina is currently hitting .268 with seven home runs and 46 RBI, in what has been a big drop-off from last year’s production.

Nick Senzel had the only bash-and-dash of the night, finishing 2-3 with a home run, a walk, a steal, three RBI, and two runs scored. It was his second straight game with a steal and his fourth in the last six games. He is now hitting .267 with 11 home runs and 14 steals across 93 games.

Javier Báez went a perfect 3-3 with a home run, a walk, two doubles, and three RBI. He isn’t quite having the stellar season that he had last year, but he is still having a great season. He is hitting .285 with 29 home runs, 85 RBI, 86 runs scored, and 10 stolen bases.

Christian Walker finished 2-3 with a walk, a steal, a RBI, and a run scored. Walker has been really good at swiping bases, as the big first baseman now has eight steals on nine tries. It’s been a big breakout campaign for him, as he has a .266 average and 23 home runs to go along with those eight steals. A 25-10 season is a real possibility, that no one saw coming.

Franmil Reyes had a nice night at the dish, going 2-3 with a home run, a double, a pair of walks, and three RBI. He now has four home runs in his last three games with 10 RBI in that span. He is up to 33 home runs and 63 RBI to go along with a .244 batting average for the year. 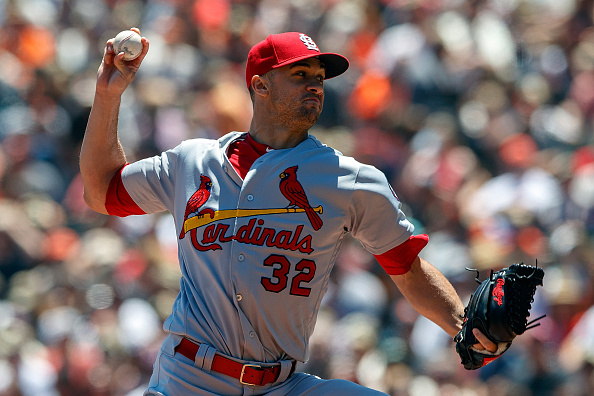 Max Scherzer (9-5, 2.41 ERA) will take on the Orioles in his second start since coming off the IL. He fired four innings of one-run ball in that previous start and should have a bit of a longer leash this time around. He can be started with confidence in all formats.

R. Canó - 2B
NYM
Robinson Cano has been absent from the Mets' summer camp the last two days.
The Mets have had a policy not to comment on why any player is not in camp. "There's a variety of reasons why players are here or not here on a given day, and we're going to protect those players' rights," general manager Brodie Van Wagenen said. We should find out soon enough why Cano has not been at Citi Field.
Added 11:19 am (EST)
Added 11:19 am (EST)

J. Verlander - SP
HOU
Justin Verlander didn't allow any hits over three scoreless innings in an intrasquad game Thursday.
Verlander unveiled a revamped delivery in the outing and said he felt “fantastic.” The reigning AL Cy Young winner is coming back from groin surgery and also a lat strain and said that the delivery he used last year was “extremely high and vertical and arched” and unsustainable without suffering injury. “I’m not perfect or exactly where I want to be yet, but very, very close," Verlander said Thursday. "But today was a huge success for me, in my opinion, in just the way it felt.”
Added 10:19 am (EST)
Added 10:19 am (EST)

K. Hayes - 3B
PIT
Ke'Bryan Hayes has been absent from workouts thus far in Pirates' summer camp.
The team has not provided an explanation for Hayes' absence. The top prospect might have a shot to take over at third base at some point for the Pirates this season, but the position will be Colin Moran's for a while longer.
Added 10:10 am (EST)
Added 10:10 am (EST)

E. Lauer - SP
MIL
Eric Lauer (illness) will join the Brewers' summer camp Friday.
Lauer has been away while battling a non-COVID-19 related illness, but it appears he's over it. The left-hander also dealt with a shoulder issue during spring training, but it would appear he's recovered from it, as well.
Added 10:04 am (EST)
Added 10:04 am (EST)

C. Knebel - RP
MIL
Corey Knebel (elbow) is expected to be part of the Brewers' Opening Day roster.
Pitching coach Chris Hook earlier this week wouldn't commit to Knebel being ready, but manager Craig Counsell said Friday that he expects the former closer to be ready to go. Knebel is 15 months removed from Tommy John surgery and shouldn't be under any restrictions.
Added 9:58 am (EST)
Added 9:58 am (EST)

A. Santander - LF
BAL
Anthony Santander and Dwight Smith Jr. have not yet participated in the Orioles' summer camp.
The team has not provided an explanation for their absences. Manager Brandon Hyde indicated earlier this week that it was possible for a player not yet in camp to still have time to get ready for Opening Day, but obviously Santander and Smith Jr. are running out of time. Santander had a mini-breakout last season with 20 homers in 93 and is in line to start in left field and bat in the middle of the lineup, if he's ready.
Added 9:07 am (EST)
Added 9:07 am (EST)