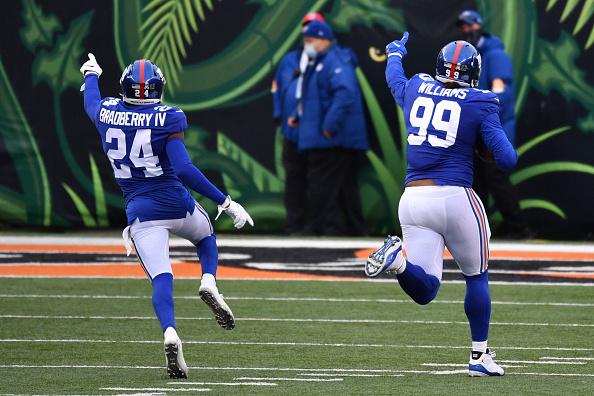 We have made it to Week 14 of the fantasy football season and for most that means the playoffs are here! However, while the goal at the beginning of the year was to make the playoffs, now the goal is to go win that league championship. I’m sure you have been making moves planning ahead for the upcoming weeks to make sure you are set however there is one position that could really set you apart from the competition if pick the right spots and that is your defense! Yes, I know some leagues have started to phase out kickers and defenses in favor of positional and flex roster spots but identifying the right defense to play each week can be what puts you over the top in your matchup.

Let’s take a look at some teams with the fantasy matchups to exploit when it comes the D/ST position.

Yes, I know I already wrote an entire article a few weeks ago about why you had to own the Seattle Seahawks heading into your fantasy playoffs which you can read here if you hadn’t done so already. In the feature I laid out why Seattle, though one of the leagues worst defenses, was actually a great add given their upcoming schedule and improved play. Over the last two weeks since that article was published, they have produced 11 fantasy points each week having faced the Eagles and Giants. Up next for Seattle is a home game against the win-less New York Jets and a Week 15 matchup against the Washington Football Team who could be without Antonio Gibson depending on the severity of his toe injury that forced him from his Week 13 contest against the Steelers.

In Week 14 they face the Ravens and while early on in the season this would have been a matchup I wanted to avoid, it’s now one that honestly isn’t too scary. Lamar Jackson has had some serious regression in his passing this season and the team’s run heavy offense is something the Browns should be able to handle. I mean, we just saw them shut down Derrick Henry in Week 13 and if you want to go back to their Week 1 matchup, the Ravens running backs averaged just 3.2 yards per carry. However, if you wanted to fade this matchup against Baltimore I understand. Week 15 and Week 16 should be where you turn your attention to where the Browns play both the Giants and the Jets to close out the fantasy football playoffs. We have touched upon both of these teams already, but the Giants offensive line ranks last in pass blocking efficiency per Pro Football Focus and well, the Jets are the Jets. Cleveland is dealing some injuries to their secondary right now but assuming they get back to full health by the time these matchups role around. If you are looking to pair defenses for the playoffs then Cleveland is actually worth being on your radar.

The Giants defense has been spectacular of late. In terms of fantasy production, they have at least 11 points in three of the last four weeks. They have yet to have a game with less than two sacks and have recovered at least one fumble in all but four games this season. Coming up for the Giants are home games against the Cardinals and Browns before being on the road against the Ravens in Week 16. Their matchup against the Cardinals is an interesting one because they just handled a mobile quarterback in Russell Wilson , sacking him five times and Kyler Murray still doesn’t look like the same player since injuring his shoulder. In terms of DVOA, the Giants defense is starting to climb the charts, now sitting 17th against the pass and 16th against the run having moved up four total spots in the DVOA defensive rankings. Their Week 15 contest against the Browns is another one where they should focus on stopping the run and forcing Baker Mayfield to make some plays. While giving Baker props for his Week 13 performance against the Titans, it is worth noting that the Giants defense is leaps and bounds ahead of what the Titans put on the field and being afraid of Mayfield in this matchup would be a mistake. Week 16 brings about a road matchup against the Ravens but here is another mobile quarterback in an offense that is very run heavy. Is it the most ideal matchup? Not likely, but the way this defense is playing right now, they are forcing teams to be rather one dimensional and creating plays. Sometimes the best play is to ride out the hot hand and the Giants defense is looking good.

Another defense that hasn’t been great this year but popped big time in Week 13 against the Chargers and is slowly starting to round into form. On deck for New England is a Thursday Week 14 game against the Rams followed by the Dolphins and Bills to close out the fantasy season. To be honest, I don’t quite love the Patriots in Week 14 against the Rams but Bill Belichick also schooled this team two seasons ago in the Super Bowl and it’s quite possible he can out scheme McVay once again here and put the defense in great position to make some plays. The team’s secondary is back to making some plays and against the Chargers they were able to get after the rookie quarterback and force some mistakes. That brings me to Week 15 where they will get the Dolphins and rookie Tua Tagovailoa. Belichick led Patriot teams are 21-5 against rookie quarterbacks following his win over Justin Herbert on Sunday. His ability to confuse younger quarterbacks is just something that is unmatched by most around the league and to me that puts the Patriots defense in a great place to be used as a spot start at worst if you are in dire straights at the position. In Week 16 they get a home game against the Bills. Best case scenario here is that the Bills already have their playoff spot clinched while New England is fighting for a spot. Buffalo could end up resting players in this game allowing the Patriots defense to feast on some backups.

Yes, there is a little bit of a theme here as we stick with the NFC West and their favorable schedule. Now, the Cardinals defense is not nearly as talented as the Seahawks when it comes to players on the field but again, we are looking at opponents here and in their next two games the Cardinals face off against the Giants and the Eagles. I understand the Giants just beat the Seahawks in Seattle, that fact is not lost on me however, they didn’t exactly blow the doors off them. The Giants offensive line is still a big trouble spot and Colt McCoy is nothing more than a game manager. If Daniel Jones is activated that may actually help the Cardinals given his propensity for turning the football over. If you aren’t too keen on Arizona’s Week 14 matchup that is fine because in Week 15 they get the Philadelphia Eagles. Again, there is a trend here, as we want defenses that are going to be facing the Eagles. I don’t think making the switch to Jalen Hurts is going to make that much of a difference here for the Eagles offense. The offensive line still ranks among the worst units in the entire league and now you will have a rookie quarterback that needs to read a defense while under heavy pressure on most of his drop backs. Is he an upgrade over Carson Wentz ? Maybe…but by how much and is it really enough to get the offense going? I’d be willing to take my chances.