The Philadelphia Inquirer's Jeff McLane said it "remains to be seen" whether Eagles head coach Nick Sirianni will install run-pass options in the team's offense.

Sirianni, the Colts offensive coordinator from 2018-2020, has been reluctant in committing to Jalen Hurts as the team's Week 1 starter or their long-term answer at QB. McLane said when the excitable Sirianni "first started installing the offense with his coaches, there wasn’t much in terms of the quarterback read run game or run-pass option plays." He's emphasized that quarterbacks in his system must abide by certain principles. “All great players in their own right, all like to do things differently, though, right? And our job as coaches is to adapt to the players we have, and run the plays they like, but we also have a system.” Hurts -- who completed 52 percent of his passes in 2020 -- hardly fits the profile of signal callers Sirianni has coached, including Andrew Luck and the statuesque Philip Rivers. Hurts' mobility makes him an enticing fantasy producer, but a stubborn Sirianni could set up the second-year QB to fail in 2021. Joe Flacco, who signed with the Eagles this offseason, would presumably be Hurts' backup.  8:49 am (EST) 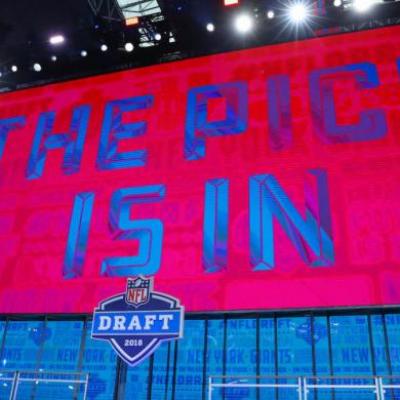 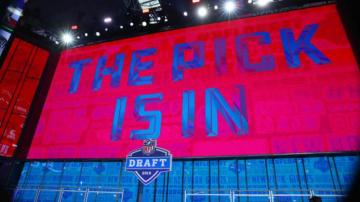 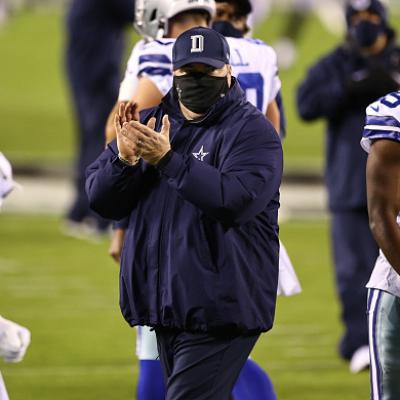 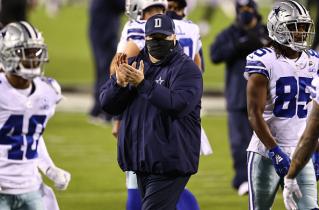 NFL Lions using St. Brown as both slot, outside WR

NFL Toney running short routes from the slot in camp

Z. Ertz - TE
PHI1
The Philadelphia Inquirer's Jeff McLane reports Eagles TE Zach Ertz failed to report to voluntary offseason workouts.
He isn't expected to for as long as his current situation with the front office remains unresolved. 30-year-old Ertz has one foot out the door ahead of training camp, waiting to either become a free agent and have his pick of the litter or be traded elsewhere; that latter situation is a finicky one since the Eagles have reportedly requested a third-round pick in return for his lofty $12.72 million cap hit this year. Ertz has a safe (albeit uninspiring) floor given his soft hands for being the tight end equivalent of a pontoon boat, but he would need to land on a team without competition to offer a(ny) ceiling for fantasy.
Added 2:23 pm (EST)
Added 2:23 pm (EST)

D. Fountain - WR
IND
Chiefs signed WR Daurice Fountain, formerly of the Colts, to a one-year contract.
Fountain has recorded two catches since being drafted with the No. 159 selection in 2018, recovering from three different ankle surgeries in that span. He'll compete to make the roster out of camp.
Added 2:02 pm (EST)
Added 2:02 pm (EST)

T. Gillespie - DB
LV
Raiders signed fourth-round S Tyree Gillespie to a four-year contract.
Gillespie (6'0/207) was a two-and-a-half year starter in Missouri's defense, playing at his best when the field was condensed for him and he was simply asked to play fast downhill. Gillespie is a decent hitter, though his downhill play is more about finding himself at the catch point at a decent time. That said, he's not a particularly impressive athlete (1st percentile broad jump, 34th percentile three-cone) and may not have the range to survive as a centerfielder despite what his 4.43 40-yard dash reads. Gillespie is likely a special teamer who could emerge as a decent backup/depth safety as a strong-side player.
Added 1:58 pm (EST)
Added 1:58 pm (EST)

T. Hilton - WR
IND1
Colts WR T.Y. Hilton said Carson Wentz's arm strength has "jumped out" at offseason workouts.
Hilton said he's excited for "the return of deep shots" in playing with Wentz, who has reportedly looked downfield for the 31-year-old often in camp. Wentz did chuck the ball deep in 2020, tossing it 20-plus yards downfield at the league's sixth-highest rate (13.7%), but struggled to connect on just 33% of those passes with five touchdowns and five picks. The Colts' offense remains dependent on Frank Reich tapping into the Wentz of old, who was an MVP candidate under the former in 2017. Michael Pittman and Hilton would obviously benefit in that scenario, too.
Added 1:42 pm (EST)
Added 1:42 pm (EST)

N. Harris - RB
PIT
RB Najee Harris said Steelers offensive coordinator Matt Canada's run game concept are similar to ones used at Alabama.
“The inside zones, the outside zones, the power plays, the one-back power, the duo plays, so a lot of what they are doing in their offense resembles a lot of what we did [at Alabama]," said Harris, the team's first round pick. Canada is expected to bring much more pre-snap motion to Pittsburgh's offense -- a much needed development after a season in which the team's offense often appeared stale and predictable. Canada's mix of gap and zone run plays and the addition of Harris should rejuvenate what was the worst rushing attack in the NFL last year. With no competition in the Steelers backfield, Harris could lead all running backs in touches this season.
Added 12:00 pm (EST)
Added 12:00 pm (EST)

A. Redmond - OG
CIN
Patriots signed G Alex Redmond, formerly of the Bengals.
Redmond, who started 24 games for the Bengals over the past three seasons, brings some interior offensive line depth to New England. Pro Football Focus graded Redmond, 26, as the NFL's 50th best guard in 2020. He was graded as Cincinnati's best run-blocking guard.
Added 11:48 am (EST)
Added 11:48 am (EST)

M. Lee - WR
SF
49ers signed WR Marqise Lee, formerly of the Patriots.
New England released Lee this month after he opted out of the 2020 season. He didn't play a snap for the Patriots after playing five seasons in Jacksonville. Lee, 29, missed the entire 2018 season with a torn ACL and managed just six games in 2019. He hasn't played a full season since 2016, when he caught 63 passes for 861 yards and three scores -- a career year. The former second round draft pick will have a decidedly uphill climb if he's going to see regular usage in the 49ers offense this year.
Added 11:22 am (EST)
Added 11:22 am (EST)