Fantasy Baseball Daily Round Up: July 14 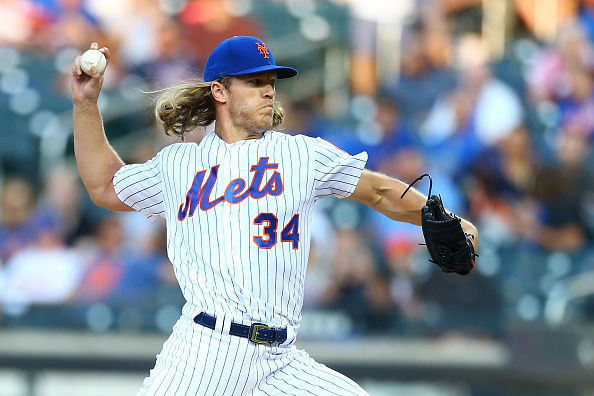 Friday evening’s MLB slate saw two of the National League’s most dynamic, right-handed arms return to the mound after stints on the DL. First off, Noah Syndergaard , who had been out of action since May 25 due to a strained ligament in his right index finger, picked up his fifth victory of the season following five fairly solid frames against the Nationals. Syndergaard found the zone with 49-of-75 pitches, surrendering one earned run on seven hits and two walks alongside three strikeouts.

Walker Buehler has been dealing with a microfracture in his rib cage but was able to resume his rookie campaign after just 14 days recovery time. Like Syndergaard, Buehler was limited to 5.0 innings, but he kept the visiting Angels at bay for the most part and supplied the opportunity for his teammates on the offensive side to manufacture a come-from-behind win. Buehler hit the zone with 52-of-79 pitches, allowing two runs on six hits and one walk while punching out five.

Though he has been quite productive with the bat dating back to mid-June, Billy Hamilton can be simply maddening for fans and fantasy owners alike with his lack of consistency at the plate. However, he delivers time and time again in the field. If you have not seen his homer-saving grab from Friday night, or even if you have, watch this (again).

The suddenly red-hot Twins picked up their eighth win in the last nine games with Friday’s 11-8 victory over the Rays. Rookie center fielder Jake Cave continued to rake in the bottom half of the Minnesota lineup, falling just a home run short of the cycle while driving in two runs and scoring two. During his current eight-game hitting streak, Cave has gone 13-for-25 with five extra-base hits, five RBI and 10 runs scored.

Dallas Keuchel has certainly dealt with some frustrations and inconsistencies this season, but so far in July, he has been at, or at least very close, to top form. The two-time All-Star worked six scoreless innings in Friday’s win over Detroit, allowing six hits and one walk while striking out four. Through three starts this month, Keuchel is 3-0 with a 1.35 ERA and 1.10 WHIP.

Chase Anderson is set to take the ball for the Brewers in Game 1 of Saturday’s double-dip versus the Pirates. Though Anderson has not been working too deep into games lately, it’s tough to argue with the results. Over his last four starts, the 30-year-old righty has put up a 1.23 ERA, 1.05 WHIP and 9.4 K/9 across 22.0 innings.

St. Louis youngster Jack Flaherty is in the midst of a strong rookie season overall, but in recent days, he has been experiencing some growing pains. Over his last three outings, Flaherty has been tagged for 11 runs (10 earned) on 14 hits (three home runs) and five walks across 12.1 innings. He will try to get back on track Saturday afternoon versus the Reds.