Rookie or the veteran? Nate Miller tells you why it is best to trust the veteran receivers over the new class in this upcoming draft. 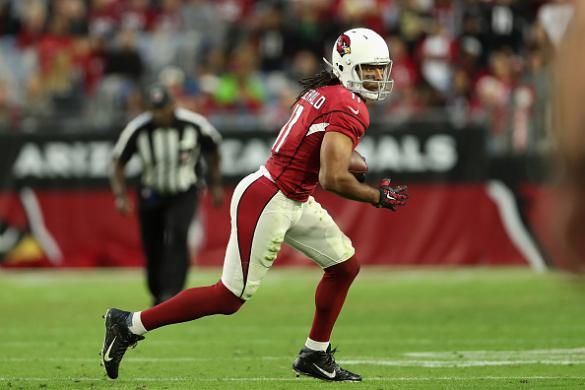 Anyone who has been around fantasy football circles for even just one or two seasons should be fully aware of the tendency of the masses to overhype incoming rookies. Wide receiver often sees more of this each year than any other position, and with Corey Davis, Mike Williams and John Ross all being selected within the first nine picks of the 2017 NFL Draft, the story is no different this summer.

All three of those first-year route runners possess the necessary skills to make them high-upside fantasy options, but almost every redraft league out there will have a couple of members that bring unreasonable expectations for one, two or even all three of them to the draft room. In short, they often become too expensive to justify.

What to do then? One solution is to take out that feather duster, grab some Murphy Oil and clean off that wily, old vet that comes through time and time again. The following elder statesman at the position may not be shiny and new, but they are each in good, arguably great, situations and could hold solid value at the correct spot on fantasy draft day.

Julian Edelman (NE) - Edelman’s consistency as one of the main cogs in the Patriots’ passing game over the past four years has been quite impressive. The table 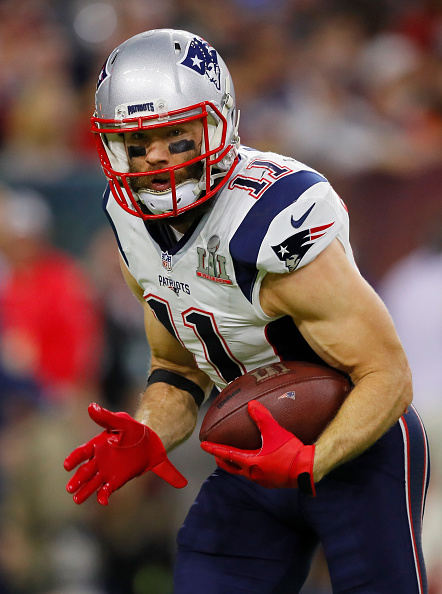 below shows his stability since the start of the 2013 season.

Newly-acquired Brandin Cooks and star tight end Rob Gronkowski are understandably drawing most of the hype in fantasy circles as the go-to guys for Tom Brady, but overlooking Edelman, especially if he falls into the late-fourth or even fifth round of standard-depth formats, would be a mistake. As long as he is on the field, the 31-year-old slot man will continue to see plenty of looks from Brady. Over his last 11 games, including the playoffs, Edelman has caught at least five passes, seen a minimum of eight targets and gained over 70 yards in all of them.

Ted Ginn (NO) - Speaking of Cooks’ move to New England, Ginn was brought to New Orleans in hopes that he would fill some of the void left in the Saints’ passing game as a result. Ginn is expected to pretty much play third fiddle to Michael Thomas and Willie Snead, but Drew Brees, who has averaged better than 5,100 passing yards over the past six seasons, is obviously more than capable of making multiple receivers fantasy relevant. In fact, Snead hauled in 72 passes for 895 yards and four scores largely in the role that Ginn figures to man in 2017.

At 32 years old, Ginn may have lost a step or two from his earlier NFL days, but he still has the wheels to burn an opposing secondary and will now lineup in perhaps the most prolific aerial attack in the league. There will be much worse ways to utilize your flex spots on a weekly basis than plugging in Ginn, and it would not be too surprising if he ended up becoming a viable WR3.

Larry Fitzgerald (ARI) - Given three, four or probably even more guesses, most out there would not be able to come up with the name of the individual that led the NFL in receptions last season. Yes, it was Fitzgerald’s 107 that set the pace for the league.

Fitz will enter the 2017 campaign at age 34, so it is perfectly understandable that doubts about him persist. However, at this point, it has become abundantly clear that the 13-year pro, who has remarkably missed a mere six of the Cardinals’ 208 regular-season games since 2004, will stop producing when he decides to walk off the field for the final time. Arizona’s WR1 remains a nice WR2 option for fantasy purposes.