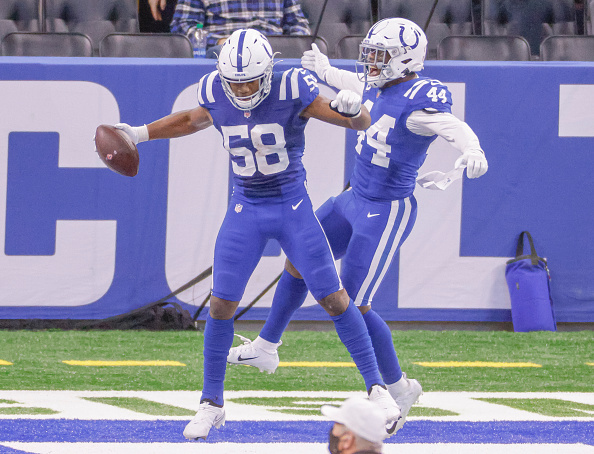 Making it to week 17 in a survivor league is not an easy feat. Many got “jettisoned” last week, but taking the Browns after they lost their receivers and a few offensive linemen was a risky pick. Our pick of the Ravens cruised over the G-Men and hopefully your pick did too.

There are many things to consider at this point in survivor leagues. Do you have to pick two teams this week? Do your picks reset for the playoffs so you can pick a team again? Does the league end this week regardless and you split the pool amongst those remaining?

With so many unique scenarios it is hard to make a blanket recommendation this week. I will go through a brief rundown of each game as many of you will not have the majority of the better teams to choose from. All games are on Sunday this week with 11 of the games having playoff implications.

I have gone 15-1 in my picks thus far and, yes, you have to be perfect to win one of these leagues, but hopefully you started reading these after Week 3 when I lost with the Chargers!

Dallas (-1.5) at Giants: Dallas can win the NFC East with a win and a loss by the Football Team. The Giants have not played well recently and didn’t do much on Sunday despite the return of Daniel Jones. Dallas has the incentive and momentum. Confidence: Medium

Cleveland (-9) vs. Pittsburgh: The Browns lost their chance to play for the division with their COVID-aided loss to the Jets. The Steelers found their lost mojo in the second half against the Colts and have clinched the division and can be seeded no lower than four. Mason Rudolph is starting at quarterback for the Steelers. The line went from -4 to -7 and then to -10 when the Steelers decided to rest Big Ben. Myles Garrett is licking his chops for this game. There are still questions about the COVID situation with the Browns so make sure you monitor that. Confidence: Medium

New England (-3) vs. Jets: Meaningless game and this could go either way. Jets fans hope Adam Gase rides into the sunset after this one. With the way the Pats are playing, this is a true toss-up. Avoid this game if you can. Confidence: Low

Minnesota (-6.5) at Detroit: Another meaningless game but Minnesota should take this one even without Dalvin Cook . Detroit is that bad. Confidence: Medium

Tampa Bay (-7) vs. Atlanta: The Bucs and Tom Brady have clinched a Wild-Card berth and cannot win the division. Will they play for the better seed or rest their players? Per Bruce Arians on Thursday, the Bucs want the fifth seed and will be playing their starters so they can take on the NFC (L)EAST winner. They have been playing well and should be able to take down the Falcons with a full squad. Confidence: Medium

Baltimore (-12) at Cincinnati: The Ravens have been hot and need to win to get into the playoffs. The Bengals are on a two-game winning streak but they will be no match for the Ravens. Lamar Jackson and the combo of Gus Edwards and JK Dobbins will continue to run Baltimore to the playoffs. They are the second-biggest favorites of the week and if you have them available, they should be a team you consider. Confidence: High

Buffalo (-3) vs. Miami: Buffalo has clinched the AFC East and cannot get a bye. Miami gets into the playoffs with a win. I think the line on this game would have been higher if the Bills had something to play for. Will Sean McDermott play his starters to be competitive in a game that has a lot of meaning to other teams? On a level field, the Dolphins would have a tough time winning this game in Buffalo, but if the Bills rest some of their players, the Dolphins could squeak it out. I’m leaning Buffalo here but need to see what is happening. Confidence: Low

Indianapolis (-14) vs. Jacksonville: The Colts need to win to get in plus help with a loss by either Cleveland, Baltimore, or Miami. If the Colts had beaten the Jaguars in Week 1 they wouldn’t need help so there is some extra motivation here as well. The Jags have already secured the number one pick in the draft so they may actually be MORE motivated to win. It’s not happening. The Colts will take care of business and hope they get the help they need. The only issue here is that if all three of those teams win at 1pm, this game could be meaningless. Confidence: High

Green Bay (-5.5) at Chicago: The Bears are in a win-and-in situation and the Packers can secure a bye with a win. Green Bay is playing at a high level now and should be able to take care of the Bears. The Bears can also sneak into the playoffs with an Arizona loss but of course they don’t want to leave it up to that. Green Bay will make a statement here. Confidence: High

Tennessee (-7.5) at Houston: Houston’s defense is terrible and the Titans will ride Derrick Henry to the AFC South title. The Titans were outclassed by the Packers on Sunday night, but Green Bay may be the best team in the NFL right now. I don’t see how Houston can pull this one out. Confidence: High

New Orleans (-6.5) at Carolina: New Orleans is vying for the first round bye but needs a Chicago upset of Green Bay to secure it. They bounced back last week and took care of the Vikings after two consecutive losses. Earlier in the season they barely beat Carolina as Joey Slye just missed a 65-yard field goal to tie the game. The Saints should be up to the task and keep the momentum they gained last week going. Confidence: High

Chargers (-3.5) at Kansas City: Yes that’s right. The Chargers are favorites. It’s Week 17 and the Chiefs have nothing to play for. I still don’t see Kansas City losing, but I wouldn’t touch this game. Confidence: Low

Seattle (-6.5) at San Francisco: This game will come down to the Seattle defense. If they can reasonably stop the 49ers ground game, they should come out on top. They have already secured the NFC West title and need both Green Bay and New Orleans to lose in order to get the first-round bye. Pete Carroll may pull some players in the second half if they see the Packers or Saints are up big. Tread lightly here. Confidence: Low

Las Vegas (-2.5) at Denver: No playoff implications here. Both coaches should be secure in their jobs for next year. The Raiders have been finding ways to lose. Toss-up here. Stay away if you can. Confidence: Low

Arizona (-3) at Rams: This game opened with the Rams favored and was off the board at many sportsbooks with the injury to Jared Goff and the questionable status of Kyler Murray . Whoever wins the game is in the playoffs, but the Rams can also get in with a Bears loss. There are just too many questions with this game. Murray says he’ll be playing which is why the line flipped. This gives the Cardinals the advantage. Hopefully you have better options than these two teams. Confidence: Low

Washington (-2) at Philadelphia: The Football Team is in with a win. The Eagles will be playing for pride and some coaching jobs as well. If Alex Smith can’t go, it will make it that much harder for Washington. Another game too close to call. I’d go Eagles if Smith sits. Confidence: Low

Pick of the Week: Indianapolis Colts

When I mapped out the last few weeks, I was saving the Ravens for this week. The Browns COVID situation forced a pivot off of them last week and the Ravens were the best choice to replace them. That left me with the Colts for this week. As I said earlier, the only problem with this pick is that if the Colts don’t get the help they need, they may have nothing to play for. The best of the rest are the Ravens, Titans, Saints, Buccaneers, Packers and Browns.

By this time everyone’s situation is different. I hope by going over every game, it gives you a sense of the best teams to pick. If you want to bounce anything off of me, feel free to DM on Twitter @gasdoc_spit. I hope you survive Week 17 and win some cash! Happy and Healthy New Year to the #FAmily!