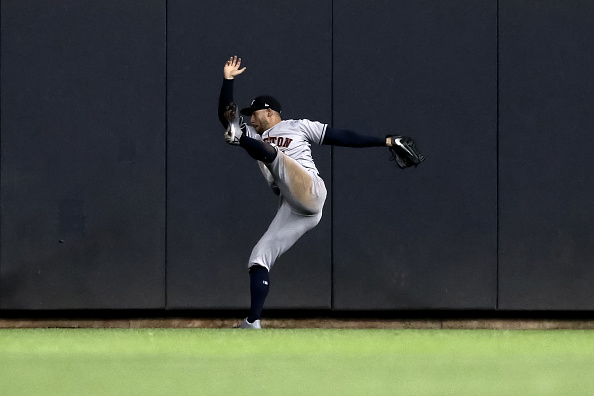 Baez is dealing with some soreness in his left thumb and was scratched from the lineup on Thursday.  This has been an ongoing issue for Baez but he is not expected to miss much more time than this. Addison Russell took over at shortstop for Baez but the star Cubs infielder should be back on the field very shortly.  He has firmly established himself as an elite fantasy player batting .281 with 29 home runs, 85 RBI, 88 runs scored, and 11 stolen bases.

The Astros have dealt with a lot of injuries this year but they have managed to build a comfortable lead in the AL West which gives them the ability to be cautious with their star players.  George Springer is one of those players and he sustained a mild concussion earlier this week when he hit his head on the outfield wall after making a catch. Houston believes Springer should be back sometime next week but that is anybody’s guess given the unknowns with brain injuries.  Springer is an elite fantasy player batting .297 with 30 home runs, 78 RBI, 81 runs scored and five stolen bases, so his production will be sorely missed for however long he is out. Kyle Tucker should see some playing time in Springer’s absence and should be targeted on the waiver wire. 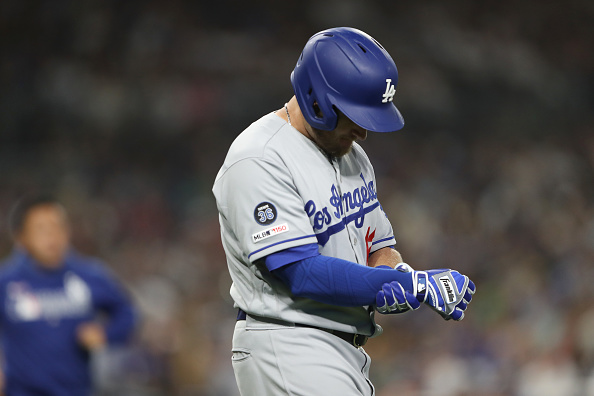 Fantasy GMs did get some great news on Dodgers second baseman Max Muncy as he has been taking ground balls and should begin hitting very soon.  This is a very pleasant surprise for GMs as Muncy was not expected to be back for quite a while after suffering a fractured wrist recently. Muncy has cemented his status as one of the top fantasy second basemen in the league batting .253 with 33 home runs, 87 RBI, 89 runs scored and four stolen bases.  He should be back on the field within the next 7-10 days barring any setbacks.

The Yankees powerful and deep lineup could be getting even better soon with the impending return of Giancarlo Stanton .  He is down at the team’s spring training complex in Tampa taking swings against live pitching and could be back very soon.  Stanton has played in only nine games this year batting .290 with one home run, seven RBI and four runs scored. However, he could be a huge boost for fantasy GMs over the final couple weeks of the season if he returns and should be motivated to get into gear in order to be ready for the postseason.

Things have not exactly worked out well for Kimbrel since signing with the Cubs as he is 0-2 with a 5.68 ERA, 1.53 WHIP, 26 strikeouts and 13 saves in 21 games this year.  He also finds himself on the 10-day injured for the second time since joining Chicago as he is dealing with some inflammation in his right elbow. An MRI did not reveal any structural damage but the Cubs wanted to be cautious with their closer who has been anything but stable.  Look for Steve Cishek and Pedro Strop to close out games while Kimbrel is out. Neither of them is a reliable fantasy option so do not expect much if you target them on the waiver wire. 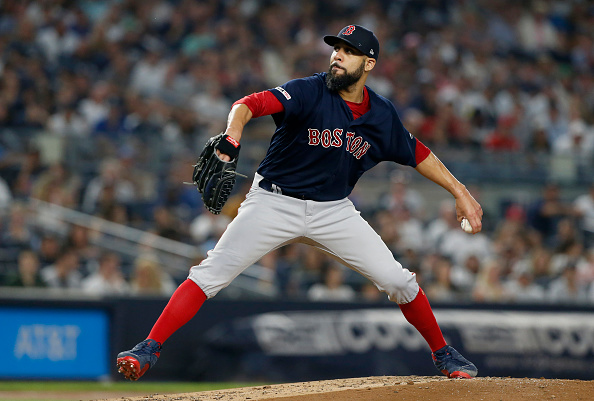 The Red Sox starting rotation has been torn to shreds with injuries and that now again includes David Price .  The veteran lefty missed several weeks with a cyst in his left wrist but came back last weekend and threw a couple of scoreless innings rather than make another rehab start.  Unfortunately, he is experiencing tightness in his wrist again and will not make his next start against the Yankees on Friday night. Price has had a very pedestrian season going 7-5 with a 4.28 ERA, 1.31 WHIP, and 128 strikeouts in 107.1 innings over 22 starts.  Fantasy GMs should keep him benched for the foreseeable future as it is unknown how much he will be able to contribute down the stretch.

Cubs pitcher Yu Darvish missed his last turn in the rotation due to some tightness in his right forearm.  The good news is that he threw a bullpen session on Thursday and came out of it unscathed. The Cubs plan on starting Darvish on Saturday against Milwaukee barring any setbacks before then.  Darvish has turned his season around and pitched tremendously well over his last several starts. Despite his 5-6 record, he has regained the confidence of fantasy GMs as a top-line starter and should be treated as such assuming he is healthy.

Reds rookie Nick Senzel has missed the past couple games due to some soreness in his right shoulder.  The injury does not appear to be serious as he was available off the bench on Thursday against the Phillies.  Senzel should be back in the lineup in short order and looking to build off his .256 batting average along with 12 home runs, 42 RBI, 55 runs scored and 14 stolen bases.

The rumors of Jed Lowrie ’s demise apparently have been greatly exaggerated.  The Mets infielder is in the midst of a minor league rehab assignment and could find his way back to Citi Field in the next few days.  Lowrie signed a two-year/$20M contract before the 2019 season and has not spent a single minute with the club all season as he has dealt with various leg injuries.  He should be activated soon barring any setbacks and will provide the Mets with some additional depth and flexibility given his ability to play multiple positions. He is coming off a season in which he drove in 99 runs but fantasy GMs should not be spending significant dollars on him now for a potential couple weeks of playing time. 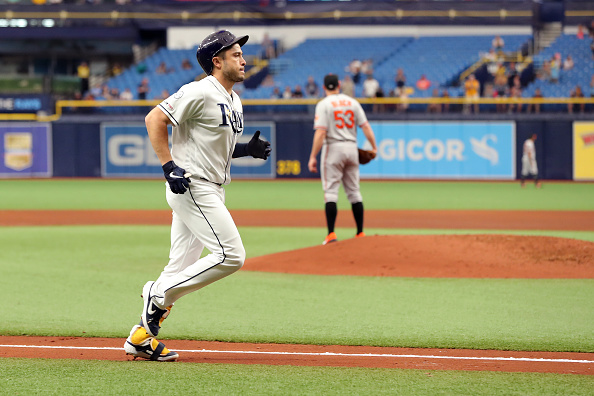 Rays catchers Travis d’Arnaud was taken out of Thursday’s game against Toronto with tightness in his shoulder and neck.  Neither of the injuries appear to be serious but Tampa Bay will likely be cautious with their fragile catcher and give him some extra time off to recover.  D’Arnaud has rejuvenated his career with the Rays and provided versatility playing first base when he is not behind the plate. He has re-established himself as a viable fantasy option batting .248 with 16 home runs, 59 RBI and 47 runs scored.

The future Hall of Famer has been on a hot streak lately going 10-for-27 with two home runs and eight RBI over his last seven games.  He still remains on the waiver wire in many standard leagues but the production he has provided does warrant roster consideration. Unfortunately, Pujols was taken out of Thursday’s game due to an illness which seemed to get worse as the day went on.  The veteran slugger will likely get another day or two off to rest and recover, but he should be back in the lineup at some point over the weekend.

The Pirates seemed to have been hosed by the Rays in the 2018 trade that brought Archer to Pittsburgh.  It has been a miserable year for the former Tampa Bay ace pitcher as he is 3-9 with a 5.19 ERA, 1.41 WHIP, and 143 strikeouts in 119.2 innings over 23 starts.  Archer has battled various injuries throughout the season and is currently on the injured list with inflammation in his right shoulder. He just recently started throwing again so there is a minimal chance he could return to the Pirates before the end of the season.  Fantasy GMs should not rush to add him just yet as even if he does pitch there are not high expectations for significant contributions.

The Mariners completely overhauled their roster this year including the catcher position when they brought in Omar Narváez from the White Sox.  He has rewarded Seattle and fantasy GMs with a very solid .281 batting average along with 19 home runs, 49 RBI and 58 runs scored. He has missed the past several games due to back spasms which has given Tom Murphy a chance to play regularly.  Murphy went on a tear a couple of weeks ago but has cooled off significantly to the point where he should remain on the waiver wire.