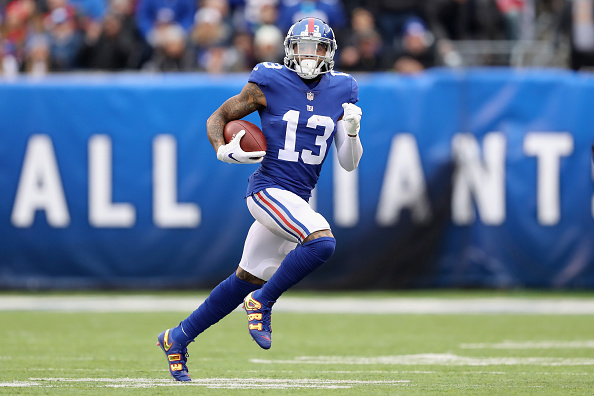 Championships will be decided in many fantasy leagues this weekend and those GMs who come out victorious will have earned their trophies.  The news could not be worse for the surviving GMs with respect to several elite impact players who may not play in Week 16.  It has been a particularly difficult year with injuries but the obstacles put in front of GMs at this time of the season seems unparalleled in recent memory.  So without any further ado, let’s delve into the next edition of the 2018 fantasy football emergency room.

Todd Gurley , the likely 2018 fantasy MVP, has not done any running yet this week as he is nursing a knee injury he sustained last week.  He has indicated that he hopes to play on Sunday against Arizona but right now there is no assurance that will happen.  Fantasy GMs obviously need him in the lineup as his production cannot be replaced or replicated.  The odds are that Gurley will be active on Sunday but will likely see limited action as he looks to build on his 1,251 yards rushing and 17 touchdowns along with 59 catches for 580 yards and four touchdowns.  GMs need to monitor his status regularly until Sunday and start him so long as he is active because 50% of Todd Gurley is better than 100% of most other players. 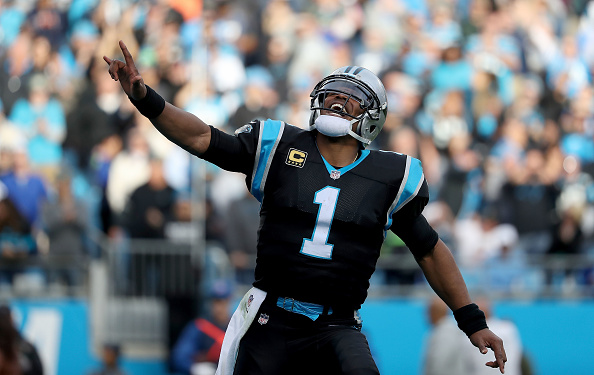 The Panthers have been in a free fall for the past six weeks and have seen their playoff hopes dissolve.  Part of the problem has been Cam Newton ’s balky shoulder which has been problematic for the past several weeks.  Now that Carolina is out of playoff contention, they have decided to shut Newton down for the rest of the year.  He finishes the season passing for 3,395 yards with 24 touchdowns and 13 interceptions along with 488 yards rushing and four touchdowns.  Taylor Heinicke will get the start for the Panthers in Week 16 and would only be a fantasy option in deep two-quarterback leagues.

There has been a lot of criticism of OBJ lately after missing the past couple games with a quadriceps injury and questioning his heart and desire to play the final two games of the season.  He has not practiced this week despite giving indications that he wants to be on the field.  However, the Giants have officially ruled him out for Week 16 against the Colts.  Sterling Shepard and Evan Engram will see an increase in targets against the Colts assuming Beckham is held out for the third week in a row.

Jones has been dealing with a hip injury which has limited his availability in practice this week.  He was scheduled to participate in a walk-through on Thursday which is a good indicator that Atlanta expects him to be on the field for Week 16 against Carolina.  Jones has had a spectacular season with 100 catches for 1,511 yards and six touchdowns and would have a very favorable matchup against a Panthers team in the midst of an epic free fall.

There was hope for fantasy GMs that Conner would be able to return for Week 16 from his ankle injury, but that optimism is all but gone since he has not been able to practice this week.  It appears that the Steelers will wait until Week 17 to bring him back so Jaylen Samuels will once again get the start this weekend against the Saints.  The loss of Conner has been catastrophic for GMs who rode his success all season and now they will have to attempt to survive one more week.

JuJu Smith-Schuster sustained a groin injury at practice on Thursday and had to cut his session short.  The extent of the injury is not known but it certainly has raised concerns for fantasy GMs heading into championship week.  Smith-Schuster has had an elite season with 95 catches for 1,274 yards and six touchdowns.  It is arguable that he has surpassed Antonio Brown as the more valuable fantasy wide receiver this year, so it would be a huge loss for GMs if he is unable to play on Sunday against New Orleans.  If he cannot play, then Brown would once again become the focus of the Steelers’ aerial attack and Eli Rogers would also see an increase in targets.

Sophomore running back Joe Mixon practiced in a limited capacity on Thursday as he is dealing with both a wrist and thigh injury.  He missed a couple games earlier in the season with a knee injury but these current ailments should not be significant enough to sideline him in Week 16 against the Browns.  Mixon is just five yards shy of 1,000 so he will be motivated to be on the field and build on his 995 rushing yards and eight touchdowns along with 40 catches for 284 yards and one touchdown.  He is a solid RB1 with a favorable matchup against their in-state rivals.

Fantasy GMs will be stressing out on Saturday as the Chargers have determined that Keenan Allen ’s status will likely be a game-time decision.  Allen sustained a hip injury in Week 15 against Kansas City and he has been limited in practice all week.  Allen will have to show that he is healthy enough to play during pre-game warmups so GMs will be right up against the clock in deciding whether to put him in the lineup.  Normally he would be a solid WR2 but he will be up against a solid Baltimore defense at less than 100%.  Mike Williams stepped up in Allen’s absence last week so he is a must-start especially if Allen is ruled out.

In a tragic turn of events, Patriots wide receiver Josh Gordon has stepped away from the team to address his mental health issues.  He has also been suspended by the league for another violation of the substance abuse policy.  This issue goes beyond fantasy football, but the fact remains that he was a viable WR3 in New England’s offense after racking up 41 catches for 737 yards and four touchdowns this season.  His absence should open the door for Chris Hogan to re-emerge in the Patriots passing game after being in oblivion for most of the season.  This could be the last time we see Gordon in the NFL.

Hooper has been suffering from injuries to his knee and ankle and has been limited in practice this week.  He missed last week’s game against Arizona but is expected to return for Week 16 against the Panthers.  Hooper has 64 catches for 557 yards and four touchdowns on the season and is a borderline TE1 option this week against a Carolina team that has clearly mailed it in.

Breida has been dealing with an ankle injury for weeks which cost him a game during Week 14.  He came back and played last week against Seattle but re-aggravated the injury again.  He has been limited in practice this week but it is expected that he will play against the Bears in Week 16.  This will be a tough matchup for Breida going up against the Bears defense at less than 100%, so he is a fringe RB2/Flex option for Week 16.

Johnson has missed the past four games with a knee injury and the Lions have finally shut him down for the season by placing him on injured reserve.  Detroit’s running game has not been impressive since he got hurt so do not look for any replacements on their roster.  The rookie finishes the season with 641 yards rushing and three touchdowns along with 32 catches for 213 yards and one touchdown.

Ware missed last week’s game against the Chargers with a hamstring injury and has still been limited in practice this week despite having several extra days to recover.  His status for Week 16 is up in the air but even if he does play he will likely share carries with Damien Williams who is coming off a huge game against the Chargers last week.  Ware has rushed for 246 yards and two touchdowns on the season and is not a great fantasy option for this coming week.

Williams has ascended back to the starting role for the Packers after Aaron Jones was placed on injured reserve.  He is dealing with a toe injury this week which has limited his availability in practice.  However, Green Bay has indicated that they expect Williams to have a significant role this week against the Jets so GMs should feel confident that he will play.  Williams is a viable RB2 option for Week 16 as the Packers look to finish the season with some pride under their new interim coach.