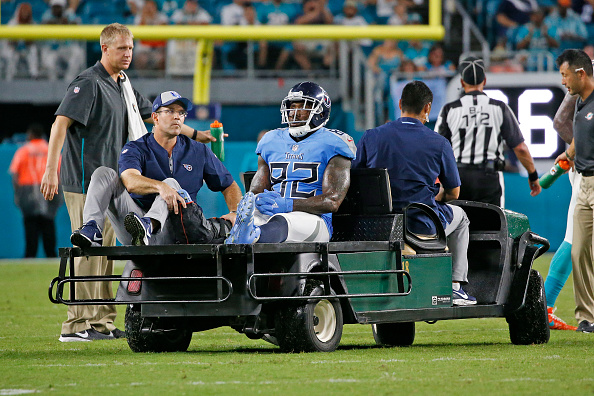 Before we get into the injury report, I would like to first reflect on what today is – the 17th anniversary of September 11.  I happened to be in the World Trade Center that fateful morning commuting into law school and witnessed things that I wouldn’t wish on anyone.  Please take a moment today to remember those who did not make it home to their families and also make sure you tell your loved ones that you love and appreciate them.

Week 1 of the NFL season is now officially in the books.  Injuries have already wreaked havoc on fantasy rosters and lineups, but this should not come as a surprise to anyone.  So without any further ado, let’s delve into the next edition of the 2018 fantasy football emergency room. 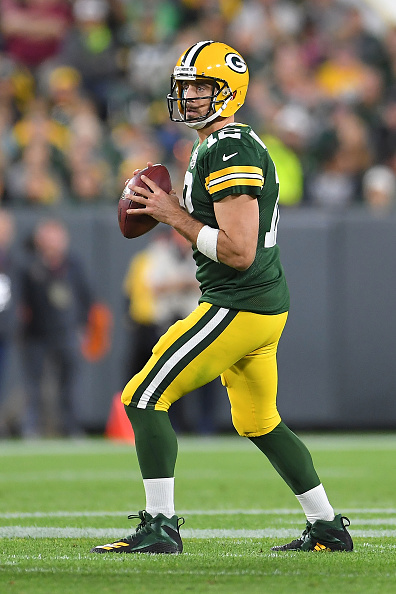 Aaron Rodgers had his Willis Reed moment on Sunday night when he dramatically returned in the second half after sustaining a knee injury and led the Packers to a miraculous comeback against the Bears.  Green Bay has indicated that there is a chance Rodgers may not start next week against Minnesota, but Rodgers does not share that view after he finished 20-30 for 286 yards and three touchdowns. It appears that there really is damage to Rodgers’ knee, but the fact he came back to play is a good indication that he will get his way and be on the field for Week 2.

Here we go again with Fournette who missed several games in his rookie season with an ankle injury.  Now he is dealing with a hamstring injury and was taken out of Sunday’s game against the Giants after carrying the ball nine times for 41 yards along with three catches for 14 yards.  Fournette is a valuable fantasy asset but he is already establishing himself as an injury risk as he begins his second season in the league. Monitor his status later in the week to see whether he is trending towards playing against New England in Week 2.

It was not a good day for the Titans who lost quarterback Marcus Mariota to an elbow injury.  He is not a lock to start next week so you will need to follow developments throughout the week because his absence will have a big effect on other players for Week 2.  Mariota was terrible even when he did play against the Dolphins finishing 9-16 for 103 yards and two interceptions. If he cannot play, then Houston’s defense/special teams is a great streaming option to go up against Blaine Gabbert .

We already knew Doug Baldwin was not going to be 100% all season with his knee injury, but now he may never even be 25% after suffering a Grade 2 partial MCL tear of his good knee.  We don’t know yet how long Baldwin may be out, but it is safe to assume up to a month depending on how well his recovery goes. Baldwin’s absence opens the door for Tyler Lockett to become the Seahawks’ primary receiver and gives veteran Brandon Marshall the opportunity to regain fantasy relevance after he reeled in a touchdown against the Broncos in Week 1.

Terrible news for Titans tight end Delanie Walker who suffered a season-ending ankle injury during their game against Miami on Sunday.  Walker dislocated the ankle and also sustained ligament damage which will require surgery. He has been one of the most dependable and consistent tight ends in the league for several years and was also Marcus Mariota ’s primary passing target.  Walker had four catches for 52 yards before the injury but now Jonnu Smith will get an opportunity to take Walker’s spot.

Olsen only played in seven games in 2017 when he sustained a Jones fracture, but he was on the field and ready to go against Dallas.  He caught two passes for 33 yards before re-injuring his foot and was removed from the game. He was seen on crutches and a walking boot so the prognosis does not look good for him.  Olsen was clearly Cam Newton ’s favorite target so his absence means Newton will have to rely on a young receiving core even more, especially since it looks like Olsen will be out for an extended period of time.

Goodwin suffered a bruised thigh in Sunday’s loss to Minnesota and had to be taken out of the game in the second half.  He was only targeted once and did not have any catches in the 49ers loss to the Vikings. Goodwin’s status for Week 2 is up in the air right now, but we should know more later in the week.  He should be a big factor in San Francisco’s offense now that Jerick McKinnon is out for the season, so keep him stashed on your bench even if he does end up missing Week 2. 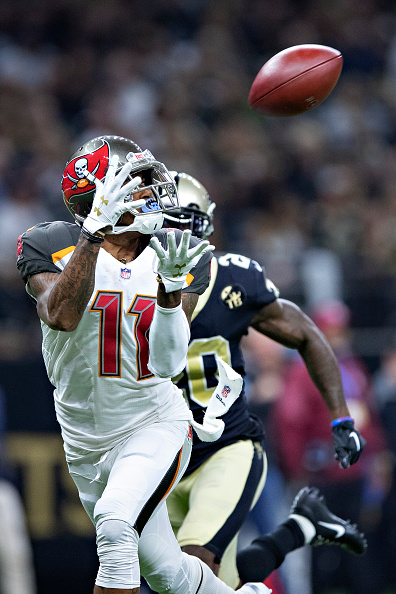 DeSean Jackson (WR-TB)
The clock was turned back several years as veteran DeSean Jackson had a monster game against the Saints in Week 1.  He finished with five catches for 146 yards and two touchdowns before sustaining a concussion and getting taken out of the game.  Jackson will go through the league protocol this week so his status for Week 2 will not be clarified until later in the week. Chris Godwin also caught a touchdown in the shootout on Sunday and will see even more targets if Jackson misses any time.

At this point, Fuller can officially be labeled an injury risk because he has missed so many games over the course of his career thus far.  He was held out of Week 1 with a hamstring injury but did practice in a limited capacity so he could be trending in the right direction. Fuller’s return would be a big boost for Deshaun Watson as the two did develop a chemistry together last year.

Veteran running back LeGarrette Blount did not have a great debut with the Lions as he ran the ball four times for -3 yards and also suffered a knee injury knocking him out of the game.  Blount will share time in a crowded backfield with Theo Riddick and Kerryon Johnson , so his fantasy value is likely limited to deeper standard leagues where some goal line touchdowns will be even more valuable.

The Patriots running back position is usually filled with a variety of bodies who share duties, but that group can now be reduced by one.  Jeremy Hill came over from the Bengals and ran the ball four times for 25 yards before getting hit in the right knee by a helmet causing a tear of his ACL.  His season is now over and opens the door for rookie Sony Michel to see even more snaps when he likely returns next week.

The Ravens dismantled Buffalo on Sunday and had a lot of garbage time to fill up.  As a result, backup Kenneth Dixon ended up running the ball 13 times for 44 yards and a touchdown before suffering a knee injury late in the game.  Dixon will be out for an undisclosed amount of time so it is safe to say that Javorius Allen moves up the depth chart to be Alex Collins ’ handcuff while Dixon is out.