Jonnu Smith enters the 2020 season as the Titans' "undisputed" TE1, according to team writer Jim Wyatt.

Smith stepped in as the team's full-time starter in Week 7 due to an injury to Delanie Walker, and went on to record 29 receptions for 342 yards and three touchdowns in 10 games. Now entering his fourth season (and a contract year), it is time for Smith to take the next step as an every-down player from start to finish. He has previously drawn massive praise from opposing coaches, including Bill Belichick who termed Jonnu possibly the best yards after catch tight end in the NFL. He is a strong late round option at his TE17 ADP. Jul 22 9:59 am (EST) 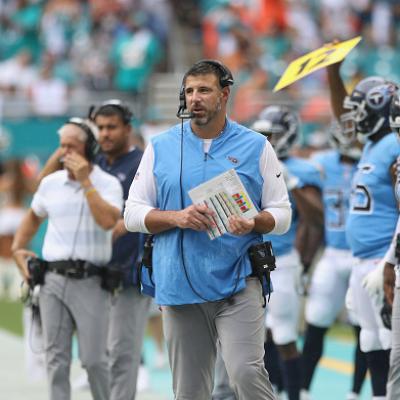 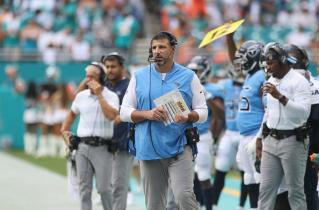 K. Vaughn - RB
TB1
Bucs activated RB Ke'Shawn Vaughn from the reserve/COVID-19 list.
RB Raymond Calais and RB Aca'Cedric Ware also came off the team's COVID-19 list. Vaughn returns to action a day after Bucs HC Bruce Arians said RB Ronald Jones would be the "main guy" in the Tampa backfield. Vaughn's ADP has dipped into the eighth round of 12-team leagues. With a further ADP drop, the rookie is shaping up as a solid stash in redraft leagues, especially for those who don't put much stock in Arians' backfield proclamations.
Added 4:21 pm (EST)
Added 4:21 pm (EST)

S. Coleman - OT
SF
49ers OT Shon Coleman has opted out of the 2020 season.
A cancer survivor, Coleman is likely a "high-risk" opt out. 2020 will be the third straight year Coleman fails to play a down for the 49ers. He missed all of 2019 with a devastating leg/ankle injury. Three months shy of his 29th birthday, Coleman doesn't have much of an NFL future.
Added 4:19 pm (EST)
Added 4:19 pm (EST)

T. White - DB
BUF
Bills CB Tre'Davious White will not opt out of the 2020 season.
White was the biggest name being bandied about, but the opt out deadline ended up coming and going with little fuss. White's absence would have been a season-altering event for a Bills team in prime position to win the AFC East.
Added 4:14 pm (EST)
Added 4:14 pm (EST)

M. Pridgeon - OG
CLE
Browns G Malcolm Pridgeon has opted out of the 2020 NFL season.
The second-year pro is the fourth O-lineman (and fifth player) to opt out for the Browns. He was not expected to land on Cleveland's active roster.
Added 1:54 pm (EST)
Added 1:54 pm (EST)

R. Melvin - DB
JAC
Jaguars CB Rashaan Melvin has opted out of the 2020 NFL season.
Melvin made 12 starts for the Lions as an every-down player last year, signing a one-year, $2.25 million contract with Jacksonville in free agency. He was expected to compete behind D.J. Hayden and first-round rookie C.J. Henderson as the team's nickel corner. That role will now likely fall to either Tre Herndon or Parry Nickerson.
Added 1:17 pm (EST)
Added 1:17 pm (EST)

B. Seaton - OT
TB
Buccaneers OT Brad Seaton has opted out of the 2020 NFL season.
He'll receive the $350,000 high-risk stipend. A small-school (Villanova) prospect who has bounced around practice squads over his three-year career, Seaton was facing an uphill battle to make the Bucs' final roster.
Added 12:47 pm (EST)
Added 12:47 pm (EST)