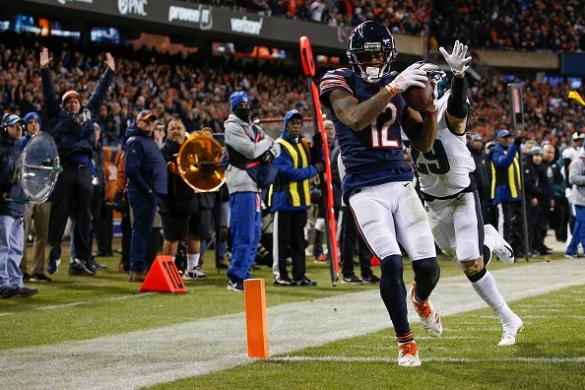 The time between Labor Day and the first Sunday of the NFL season always seems to take about a month. Most of my fantasy drafts are over, and even if they’re not, I’ve done so many drafts and tweaked my rankings so many times that I’m basically drafting on autopilot. All I want is to get to the first full day of games, but that seems to take forever. This week, however, I’ve found something to fill that void, and it’s Monkey Knife Fight.

Monkey Knife Fight offers a variety of pick-em style contests that are perfect for a one-game slate like Thursday or Monday night. In each contest, you’re competing against yourself. Choose the correct over/unders, or pick the right players to surpass the needed statistical threshold, and you win. The higher the threshold, the more you win. Each week this NFL season, we will make picks in a variety of contests for the Thursday night games. We will choose different contests each week depending on the matchups, with the goal as always to introduce you to the contests, have lots of fun, and win lots of money.

Allen Robinson only averaged 3.5 receptions against Green Bay this year, but I would take the over on that number. Robinson is another year removed from his torn ACL, and he and Mitchell Trubisky have had another offseason to grow in Matt Nagy’s offense. Robinson could benefit if Trey Burton is out as well.

Cohen averaged four receptions in two games against the Packers last season, and I would be shocked if his role changes even with the additions of David Montgomery and Mike Davis .

The Bears were first in Pass Defense DVOA last season, and Aaron Rodgers still topped 271.5 passing yards in both games against the Bears. If Green Bay’s passing attack improves at all under new head coach Matt LaFleur, Rodgers could go over pretty easily.

While I admit it’s possible Mitchell Trubisky will be much improved in his second year under head coach Matt Nagy, I think a lot of pundits are overrating the likelihood it’ll happen. On the other hand, I do think the Packers defense will be better than in 2018, when it was 28th in DVOA against the pass. As bad as Green Bay’s defense was last year, Mitchell Trubisky still failed to top 235 passing yards in either game against the Packers. Trubisky averaged 230.2 passing yards per game last season, and he only topped 245.5 passing yards in five out of 14 games.

I would be lying if I said I knew how much work David Montgomery would get, but I do think he’s the most likely touchdown maker, and we’re going to need touchdowns if we’re going to get to 46.5 fantasy points. His ability to catch it out of the backfield should help as well. Davante Adams had at least 19 fantasy points in both games against the Bears, which means we’re looking for 27.5 fantasy points from our other two players. Aaron Jones only had four carries against the Bears all season, but he scored nine touchdowns in 12 games, including a run of five consecutive games with a touchdown. If you take out the game against the Bears where he got hurt, Jones averaged 15.5 fantasy points per game last season. Even if Jamaal Williams doesn’t go away, I think we expect Jones to be on the right side of a timeshare in this game, which wasn’t always the case in 2018. I’d be happy with 15.5 fantasy points, but Jones obviously has the potential for much more.

NFL Vikings, Broncos on track to play in Week 8

D. Goedert - TE
PHI1
Eagles activated TE Dallas Goedert (ankle) from injured reserve.
Goedert wasn't expected to return this week but showed enough in practice to get cleared. It's a needed upgrade to Carson Wentz's supporting cast with DeSean Jackson and Zach Ertz sidelined. The Eagles will also get Jalen Reagor (thumb) back for Sunday night's matchup with Dallas.
Added 11:49 am (EST)
Added 11:49 am (EST)

M. Pittman - WR
IND1
Colts activated WR Michael Pittman (calf) from injured reserve.
Pittman is expected to play Sunday after returning to practice this week. He's missed the last three games recovering from surgery to repair compartment leg syndrome. Pittman's snaps may be limited against Detroit, but his presence should help in the red zone.
Added 11:18 am (EST)
Added 11:18 am (EST)

K. Hodge - WR
CLE
Browns activated WR KhaDarel Hodge (hamstring) from injured reserve.
Hodge returns after missing the last month. He opened the season as the No. 3 receiver before a pregame hamstring injury sidelined him in Week 4. With Odell Beckham out for the year, Hodge should take on a larger role in the offense.
Added 11:10 am (EST)
Added 11:10 am (EST)

N. Gerry - LB
PHI
Eagles placed LB Nathan Gerry (Achilles) on injured reserve.
Gerry has been playing through an Achilles injury most of the season. The Eagles are hoping to get him back after three weeks rest. Gerry is Philly's playcaller and leading tackler. He's eligible to return in Week 11.
Added 10:43 am (EST)
Added 10:43 am (EST) 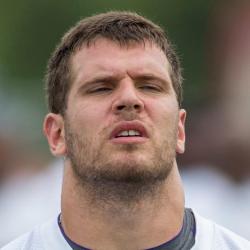 M. Zimmer - LB
SEA
The Vikings had no positive COVID-19 tests from Saturday's round of testing.
Minnesota placed LB Todd Davis on the reserve/COVID-19 list Friday but there haven't been any other cases. The Broncos were also cleared to practice Saturday after all negative tests. Both Week 8 games remain on track to be played.
Added 10:15 am (EST)
Added 10:15 am (EST)