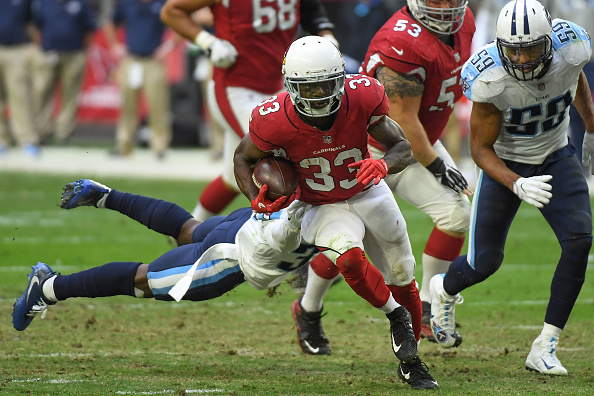 It is always nice when the Friday Waiver Report features more players set to (potentially) return from injury rather than players who stand to benefit from a teammates’ injury. That is the case this week with three different players who were all useful for fantasy before they went down and conceivably could be again.

The players below are listed roughly in the order I would seek to add them. Each player is listed along with his ownership percentage in Yahoo! leagues. 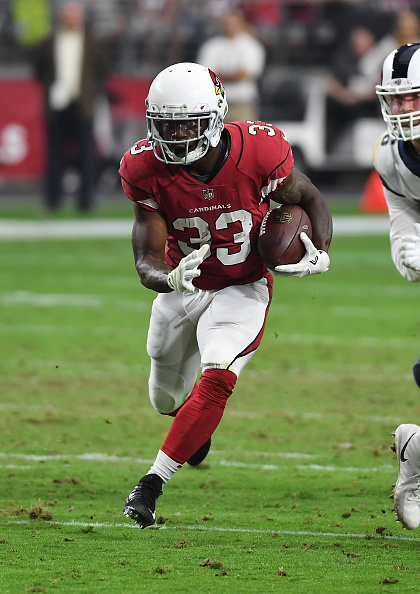 Kerwynn Williams, RB, ARI (24%) – If you had any concerns regarding Williams’s starting job over the the remainder of the season, those should have been put to rest when the Cardinals placed Adrian Peterson on injured reserve Thursday. Williams has averaged 92.5 yards from scrimmage with Peterson out the last two games, and it wouldn’t be a huge stretch to expect similar production against the Redskins, Giants and Seahawks the last three weeks of the season.

Dion Sims, TE, CHI (0%) – I had Adam Shaheen as a dead-league pickup on Tuesday, but he is now questionable for Saturday. Dion Sims will almost certainly most of the Bears’ tight end targets if Shaheen is out, though Daniel Brown will be involved as well. Four of Mitchell Trubisky’s six touchdown passes have gone to tight ends, including one to Sims in Week 6.

Allen Hurns, WR, JAX (20%) – Allen Hurns practiced for the first time Thursday, albeit in limited fashion. It would be awfully difficult to trust him this week, especially with the emergence of Dede Westbrook, but Hurns might have the best shot at a touchdown of any Jaguars wide receiver, assuming he is able to go. Jacksonville faces Houston, San Francisco and Tennesse the next three weeks, so that gives Jacksonville’s passing game some upside.

Damien Williams, RB, MIA (17%) – Williams returned to limited practice Thursday, and while Kenyan Drake may have passed him in the running back pecking order, they could split the running back touches evenly, as was the case before Williams got hurt. Whoever gets touches in Miami’s backfield should have value against Buffalo, Kansas City and Buffalo the last three weeks.

Chris Carson, RB, SEA (4%) – Seahawks head coach Pete Carroll said Wednesday he has renewed optimism Chris Carson can return to practice next week, which seems impossible because Pete Carroll is perpetually optimistic. Even if he does practice, it seems unlikely he would play Week 16, but stranger things have happened.