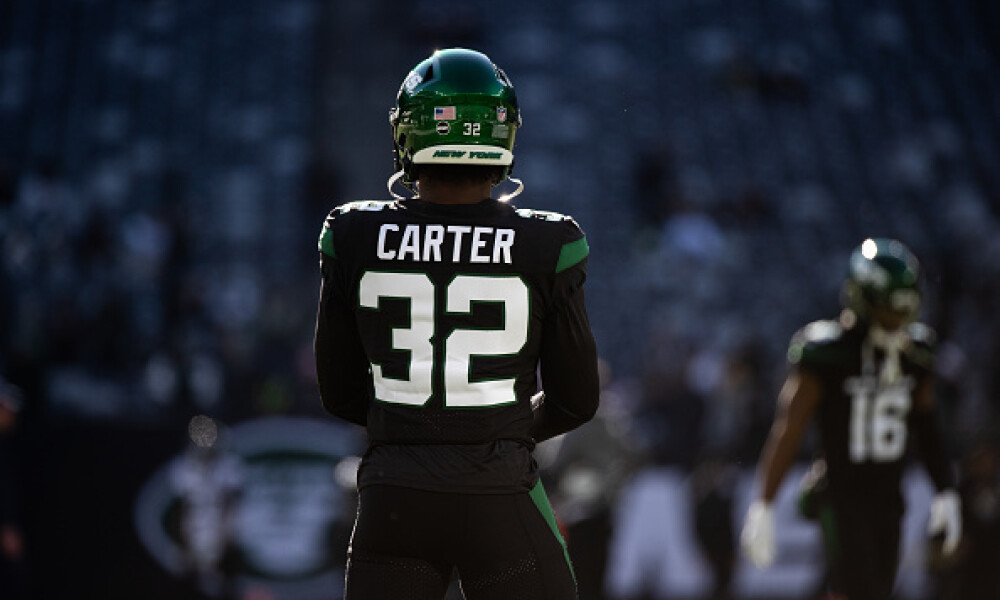 Running back (RB) is one of the most volatile positions in fantasy football. Unfortunately, the number of “bell cow”, or primary running backs, has declined significantly over the past several seasons. According to Pro Football Focus (PFF), eight NFL RBs played at least 70% of their team’s offensive snaps during the 2006 season. Last season Steelers RB Najee Harris was the only back to play at least 70% of an NFL team’s offensive snaps.

With the continued trend of NFL head coaches using a running back by committee (RBBC) approach, and the fact that RBs are one of the most frequently injured position players in football, rostering two fantasy RBs who’ll provide consistent fantasy production for an entire season has become nearly impossible. There’s a good chance that the RBs you’ll select in the early rounds of preseason drafts will either be sidelined by injury or lose playing time at some point during the season.

Rostering your primary fantasy RB’s handcuff can save you from getting in a waiver wire bidding war for his services should your primary back miss time due to an injury. There’s nothing worse than having to exhaust a large chunk of your free agent acquisition budget (FAAB) early in the season. In addition, keeping tabs on changes in RB usage can help you identify roster trends before your league mates do. Think of rostering handcuffs as buying an extremely affordable fantasy football insurance policy. You’re covered should your starting RB be forced to miss time.

Of course, the number one factor affecting how many offensive snaps an individual RB plays each week is his ability to successfully run the ball. RBs who can break tackles, post high yards per carry (YPC), convert first downs, and turn goal line carries into TDs will obviously play the majority of offensive snaps on a weekly basis. However, there are other factors that will affect an RBs playing time such as:

An RB’s ability to pick up blitzes and stop defensive linemen from sacking their quarterback is an under-the-radar skillset that NFL head coaches look for in their RBs. PFF gave Cardinals RB James Conner the highest pass blocking grade of any RB for the 2021 season. Browns RB Nick Chubb, Bears RB David Montgomery, and likely Seahawks starting RB Rashaad Penny also received top 10 PFF pass blocking grades for the 2021 season. Don’t be too quick to toss Raiders RB Josh Jacobs aside this preseason. Yes, he may see his role reduced this season as a result of a crowded backfield, but according to PFF, he was the ninth-best pass-blocking RB last season.

RBs need to hold on to the ball. If they fumble too often, they’ll find themselves riding the bench before long. Antonio Gibson is expected to be the Washington Commanders’ featured early down back job despite fumbling a league-high six times last season (he lost four of those fumbles). Gibson fumbled four times in the first seven weeks of the season. After fumbling in consecutive games in Week 6 and Week 7, the Commanders limited his touches and Jaret Patterson led the team in carries in Week 8. Gibson only fumbled twice more for the rest of the season and saw his average carries per game increase to 18.4. Bills RB Devin Singletary fumbled the ball five times within the first 10 weeks of the 2021 season and the Bills limited his workload. Singletary averaged just 8.9 carries per game during that time span. He didn’t fumble the rest of the season and his workload gradually increased. Singletary averaged 13.5 carries per game for the rest of the season.

History has a funny way of repeating itself. Pay attention to how head coaches and offensive coordinators have managed their backfields in the past. Doing so might give you a hint as to how they might utilize their RBs during the 2022 season.

For instance, Patriots head coach Bill Belichick, who admitted that fantasy football doesn’t mean anything to him has been driving fantasy football managers crazy based on the way he has historically managed his real-life backfields. Veteran fantasy managers know that his Week 1 early down back may be inactive in Week 2 if Belichick thinks that will give the Pats a better chance to win.

We talked about Raiders RB Josh Jacobs’ role being reduced (but not eliminated) this season and the fact that the Raiders might use a committee approach makes sense when you consider that Josh McDaniels, their new coach, is a Belichick disciple.

Michael Carter led Jets RBs with 147 carries last season and they drafted Breece Hall this offseason. Hall is being drafted as RB18 and Carter is being drafted as RB38 in NFFC preseason drafts. Jets Offensive Coordinator Mike LaFleur has been known to use a hot hand approach in managing his backfield in the past. Should Carter really be drafted five rounds later than Hall?

A Ravens RB has carried the ball 20 or more times in a game just once during Ravens offensive coordinator Greg Roman’s three-year tenure with the team. Will one of J.K. Dobbins, Gus Edwards, or Justice Hill emerge as a bell cow back, or are we looking at a potential three-headed monster possibly terrorizing fantasy managers and occupying the Ravens’ backfield? We might even be looking at a four-headed monster if Lamar Jackson is included.

The team here at Fantasy Alarm will be monitoring any and all breaking news regarding NFL fantasy running backs as well as any changes to workload and depth chart projections. Keep an eye out for our RB Handcuff Grid which will provide a detailed look at individual NFL backfield configurations throughout the regular season.