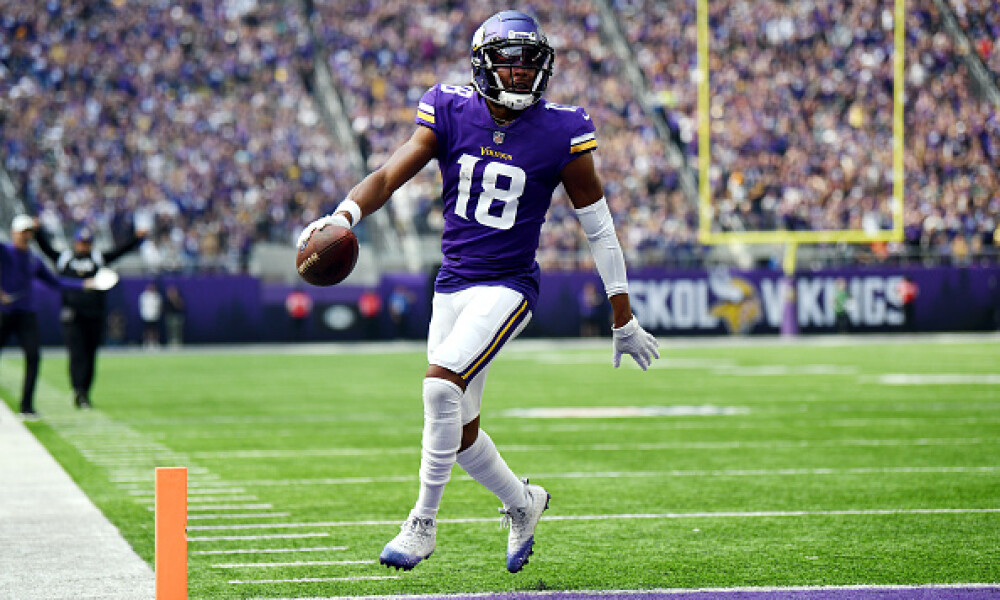 NFL DFS Week 3 is upon us and wow, do we have a busy Sunday morning here. There are numerous injuries being reported late that command our attention. If you've already read the NFL DFS Playbook, then you saw the late adds of Tua Tagovailoa, Tyreek Hill and Jaylen Waddle, but believe me, there is definitely more to take a look at. You've got a report from Tom Pelissero saying that Josh Jacobs flew to Tennessee on Saturday, but does that mean he will play or will the Raiders turn to Zamir White? You've got the Bucs elevating Cole Beasley from their practice squad due to their injury issues with Julio Jones and, of course, the question on everyone's mind – will Justin Herbert play or will the Chargers use Chase Daniel? This is fixing to be one heck of a Sunday morning, but if you think back to last year at this time, we were dealing with a very similar situation with Dalvin Cook and it was a pivot to Alexander Mattison that gave Millionaire Mike the victory. Are you ready for Week 3?

Bucs’ RB Leonard Fournette, listed as questionable for Sunday due to a hamstring injury, is expected to play against the Packers

Cardinals’ RB James Conner, listed as questionable for Sunday due to an ankle injury, will test it pre-game but is tracking to play vs. the Rams

Saints’ RB Alvin Kamara, listed as questionable for Sunday due to a rib injury, is expected to play vs. the Panthers

Ravens’ RB J.K. Dobbins, who tore his ACL, LCL, meniscus and hamstring last year and is questionable for Sunday, is expected to make his 2022 regular-season debut vs. the Patriots

Jakobi Meyers (knee) is not expected to play in Week 3 against the Ravens.

Bills’ WR Gabe Davis, listed as questionable for Sunday due to an ankle injury, has said he will play vs. the Dolphins

Bucs WR Julio Jones is questionable and will be tested in pre-game warm-ups.

Buccaneers elevated WR Cole Beasley to their active roster from their practice squad for Sunday’s game vs. the Packers

Packers’ WR Randall Cobb, listed as questionable for Sunday due to an illness, is likely to play vs. the Buccaneers

WR Christian Watson, listed as questionable due to a hamstring injury, is unlikely to play

Bills safety Jordan Poyer (questionable, foot) is not expected to play vs. Dolphins, per source. Both of Buffalo’s Pro Bowl safeties are out, after Micah Hyde went on IR, along with two other defensive starters

Packers' OT David Bakhtiari, listed as questionable for Sunday due to his lingering knee issues, is expected to make his 2022 regular-season debut vs. the Buccaneers

Brandon Bolden (hamstring) was not listed on the final injury report for Week 3 against the Titans.

NFL.com's Ian Rapoport reports Titans OT Taylor Lewan will miss the rest of the season with a knee injury.

CIN/NYJ – possible storm moving in late in the game. Could miss the game entirely though