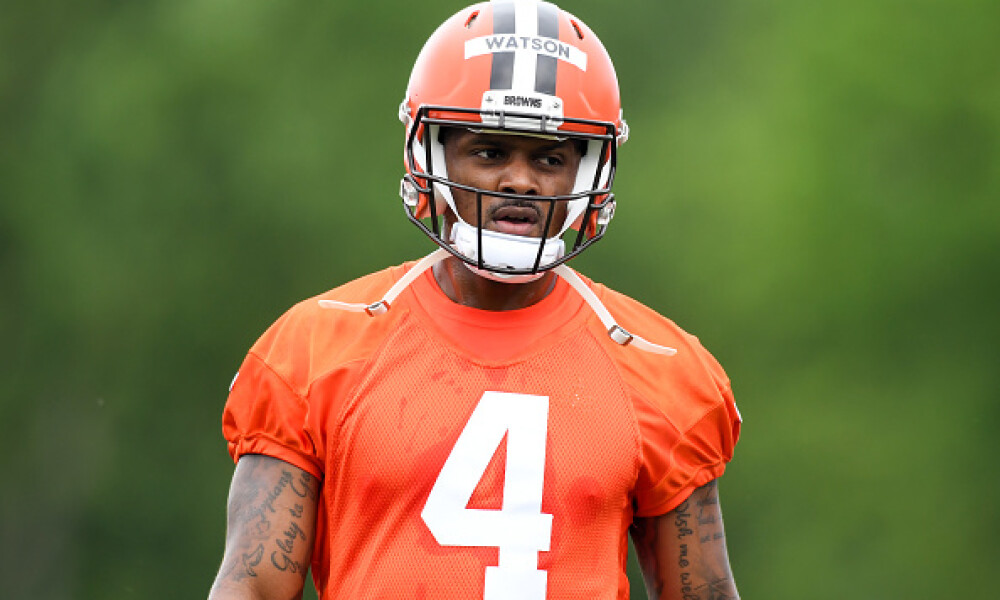 Now that we’re in August, NFL Training Camps are in full swing and 2022 NFL Preseason games will be starting up before you know it. We have plenty of NFL news and headlines from the past couple of days that may impact your fantasy football drafts. There was an important legal update for New Orleans Saints running back Alvin Kamara and his court hearing, which could affect his fantasy football average draft position. Meanwhile, the NFL breaking news of Deshaun Watson’s suspension still has sizable ramifications on fantasy football draft rankings and the Cleveland Browns. We’ll also bounce around the rest of the league to give fantasy football advice on the biggest NFL training camp news, injury updates, and players getting practice hype. Stay up-to-date on the latest NFL news – whether you’re getting ready for your fantasy football drafts, making keeper or dynasty roster decisions, checking out NFL pre-season projections, or simply participating in fantasy football mock drafts. Now let's dive into the biggest NFL Training Camp headlines which could impact fantasy football ADP. Don't forget to access our FREE Fantasy Alarm Fantasy Football Draft Guide before it's too late!

This was the biggest news from Monday and, by now, you've probably heard about it. Watson has been suspended six games to start the 2022 season, per an arbitration ruling by retired federal judge Sue L. Robinson. If you were on social media at all yesterday, you likely saw the negative criticism that this suspension isn't large enough to justify Watson's allegations – especially compared to past NFL suspension lengths for other players. Commissioner Roger Goodell still has a couple of days to appeal the decision to make the suspension longer. We'll see if that happens but, as of now, plan for Watson to miss six games. This obviously affects how you should draft any Browns offensive players. Go check out Andrew Cooper's full breakdown of the fantasy impact of Watson's suspension. Here's a sneak peak on how he feels about David Njoku:

Fantasy football managers will have to wait a bit longer to see if Alvin Kamara will be disciplined by the NFL for his accused role in a February incident. A court hearing for the misdemeanor battery charge against the New Orleans Saints running back was set to take place on Monday, but it's now pushed back 60 days. This is now the third time the hearing has been delayed and the new September 29th court date could very well move back again. With the hearing and possible subsequent trial now beginning at least a month into the season, we should expect Kamara to avoid suspension for now. In fact, there's a good chance the NFL doesn't suspend him at all until the 2023 season. For what it's worth, Kamara was at Saints practice yesterday instead of being present at the court hearing – instead letting the lawyers handle it.

This one is a couple of days old now, but it's still worth mentioning because of the previous uncertainty surrounding the 49ers and their star wide receiver. After months of speculation and trade rumors, San Francisco and Deebo Samuel have agreed to a three-year contract extension worth up to $73.5 million and $58.1 million guaranteed. Fantasy football managers can breathe a collective sigh of relief as the threat of Samuel holding out into the season is seemingly put to rest. An interesting part of this new contract that could have fantasy implications is the clause regarding Samuel's rushing ability.

The Dallas Cowboys wide receiving corps was dealt a big blow on Monday when James Washington suffered a fractured right foot in practice. He's expected to miss 6-10 weeks and is scheduled to undergo surgery on Tuesday. The former Steelers wideout was expected to begin the season as Dallas' WR2, but that's clearly not the case now. CeeDee Lamb should see plenty of targets – if he wasn't going to already. Rookie Jalen Tolbert surely gets a big boost for fantasy football as the presumed No. 2 wideout early on in the Cowboys offense. Michael Gallup is coming off his ACL injury last year and now Washington will be sidelined to start the season. Our own Britt Flinn put it bluntly:

Following all of the jokes, debate, and intrigue over Kyler Murray's new contract, the Arizona Cardinals quarterback is in the news for a different reason. Murray has tested positive for COVID-19, according to Cardinals head coach Kliff Kingsbury yesterday. Apparently symptoms are minor, but Murray will have to miss the next five days of practice – unless he tests negative beforehand. The NFL no longer has a COVID list like in the past couple of seasons, which is something to take note of. Either way, hopefully Murray is back in five days and fully ready to go by the start of the season. And don't go adding Colt McCoy off waivers just yet.

According to Los Angeles Rams head coach Sean McVay, wideout Van Jefferson will have a “minor” surgery on Tuesday after tweaking his knee. McVay added that Jefferson will be out a few weeks and his status for Week 1 is up in the air. If he's out to begin the season, look for Ben Skowronek or Tutu Atwell to step into the Rams' No. 3 receiver role – unless they bring in a free agent WR.

It's not often we get free agent signings in August, but here we are. The Detroit Lions signed running back Justin Jackson on Monday to add depth behind D'Andre Swift. Though we shouldn't be worried about Jackson stealing meaningful touches away from Swift, it's still notable to know that Jackson is now a potential handcuff in the Lions backfield. Jamaal Williams is still there, but Jackson could easily be Detroit's lead RB one or two weeks this season if Swift misses time at all. Just have the former Los Angeles Chargers rusher on your radar for a potential mid-season waiver wire add. At least we know he can do this whenever he touches the ball:

Gotta love that training camp hype! This one is a bit different because Trevor Lawrence and Travis Etienne were teammates at Clemson before both being drafted by the Jacksonville Jaguars last year. Now that Etienne is back healthy after missing all of the 2021-22 season, Lawrence has taken notice. We'll see if this translates over to real-life and/or fantasy football production, but it's a good sign that Etienne's QB at least has his back right now.

It's been a weird offseason for the Philadelphia Eagles running back. A month ago, Miles Sanders basically told fantasy football managers not to draft him and voiced his displeasure with fantasy. A few days ago, he was taking reps with the second-team offense at practice while Kenneth Gainwell ran with the starters. Over the weekend, though, Eagles head coach Nick Sirianni shut down the notion that Sanders was being phased out of the offense or being replaced as the starter. As he says, “Miles is our guy.” Here's his full response: