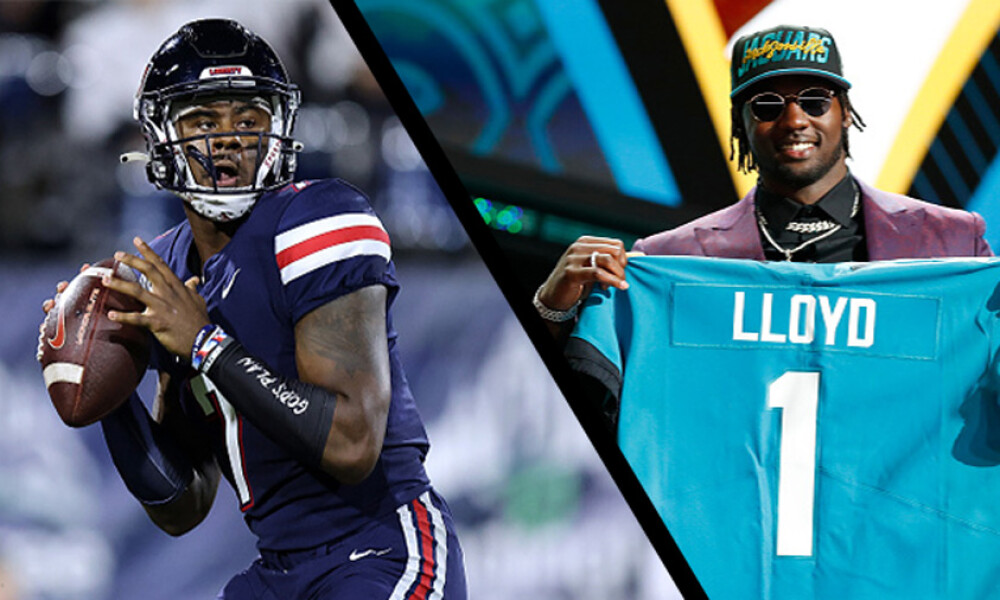 The 2022 NFL Draft may be over, but it's time to turn our attention to the upcoming football season. Let's take a deep dive into the AFC South teams and hand out draft grades. It's important to know about the notable incoming NFL rookies whether you're taking part in fantasy football mock drafts, competing in fantasy football best ball leagues, or are preparing for your dynasty rookie drafts. The NFL Draft is a time to look ahead to the upcoming season and decide which rookies will impact their new teams. Before you dive into those fantasy football dynasty rankings, check out which offensive and defensive players could be fantasy football sleepers in your drafts. Let's now take a closer look at the best and worst picks for the Houston Texans, Indianapolis Colts, Jacksonville Jaguars, and Tennessee Titans.

If you're looking for NFL Draft grades for other divisions and teams, check out my other breakdowns:

The Texans needed a safety after Justin Reid’s departure in free agency, and they got a good one in Jalen Pitre. That’s also after opting not to take Kyle Hamilton in the first round. As for Pitre, he has the versatile skillset to play deep in Lovie Smith’s two-high defense or man the slot. He did both well at Baylor and will give Houston a valuable weapon in the secondary. All of a sudden, the Texans’ defensive backfield is looking pretty nice with Pitre and Derek Stingley Jr. joining Desmond King II, Eric Muray, and Steven Nelson.

After bypassing the wide receiver position with their two first-round selections, it seems like Houston panicked on Day 2 to ensure it got a pass-catcher. The Texans traded away two fourth-round picks and a third just to move up to No. 44 overall to draft John Metchie, whom they picked over other talented wideouts like George Pickens, Alec Pierce, Skyy Moore, and Tyquan Thornton. Maybe Metchie turns out to be yet another stud Alabama receiver, but the Texans gave up too much to get a guy that’s coming off an ACL tear. They also have other holes on the roster that those picks could’ve been allocated to.

For a team that’s rebuilding like the Texans, they smartly used their early-round picks on players who fill immediate positions of need and will be thrown into the fire as rookies. First-rounders Derek Stingley Jr. and Kenyon Green should start in Week 1 and be mainstays in Houston for a while. Christian Harris and Dameon Pierce in the third and fourth rounds, respectively, are a bit underrated and could prove to be steals. The only blemish, really, is the aforementioned trade up to get Metchie – but that could be a moot point if he comes back fully healthy and produces like he did at Bama.

Many experts had Raimann going in the first round, but the Colts were able to snag him in the third. The Central Michigan product likely fell because he’s still developing as an offensive lineman with raw blocking skills already at age 25. Still, the converted tight end has impressive movement and athleticism from his days playing the other position and he could be Indy’s long-term answer at left tackle. Raimann could prove to be a Day 2 steal and it was a good sign to see him hold his own at the Senior Bowl:

It might be easy-pickings to call a sixth-round pick the team’s “worst,” but the Ogletree selection seemed a bit superfluous. The Colts already took TE Jelani Woods in the third round and have Mo Alie-Cox and Kylen Granson returning as well. Maybe this is a depth pick or a special teams body, but Ogletree is a risk coming from small-school Youngstown State and playing tight end for just one collegiate season. He’s a project and could easily get cut in camp.

Not having a first-round pick due to the previous Carson Wentz trade is tough to overcome. Despite that, the Colts made the most out of their selections and grabbed some players who can make immediate impacts as rookies. Second-round wideout Alec Pierce should be a reliable second receiving target for Matt Ryan outside of Michael Pittman Jr. On the same note, Jelani Woods is an athletic freak and will bring the Indy offense another playmaker. Third-rounder Nick Cross tested as the best athlete in this year’s safety class and he’ll boost the Colts’ secondary right away.

After going with Travon Walker at No. 1 overall, the Jaguars traded back into the first round to snag another defensive stud in Devin Lloyd. The rangy, playmaking linebacker is arguably a top 10 talent from this draft class but teams passed on him early due to a league-wide devaluation of inside backers. Lloyd showed off his aggressive and instinctive playstyle at Utah and can be productive in both pass coverage and run-stopping. He can man the middle of Jacksonville’s defense for years to come and the trade up to get him should be well worth it.

We just got done praising the Jaguars for drafting one inside linebacker in Devin Lloyd in the first round. So, why did they double up on the position in the third with Chad Muma? You can argue depth, but not for a rebuilding Jaguars team with plenty of other positions of need that could’ve been addressed with that early third-round selection. Muma could end up being a fine player and he was a top linebacker prospect anyway – but it seems a bit unnecessary. Jacksonville also opted to take Muma over other inside linebackers like Christian Harris, Nakobe Dean, Terrel Bernard, and Channing Tindall – who all went later in the third.

We likely won’t know for a few years whether or not Travon Walker over Aidan Hutchinson and others was the right choice at No. 1 overall. You can’t blame Jacksonville for taking the home run pick, though. In hindsight, maybe the Jags should’ve strengthened the offensive line more in this draft to help protect Trevor Lawrence in the future. Third-rounder Luke Fortner is the only OL headed to Jacksonville in the draft and though he’ll help, it feels like more could’ve been done. Fifth-round RB Snoop Conner could be relevant in fantasy as a rookie with James Robinson and Travis Etienne both coming off injuries last year.

Anyone else see Willis falling out of the first round, let alone drop into the third? The Liberty QB is arguably a top 10 talent in the entire draft but teams were scared off because he isn’t “pro-ready” to start as a rookie. Still, Willis has a powerful arm and dual-threat ability to emerge into a quality NFL starter – not to mention a potential elite fantasy option one day. Getting him in the third could turn out to be the steal of the draft if he develops right. The Titans can afford to have him sit behind Ryan Tannehill and learn the ropes for a year or two (even if the incumbent doesn’t see it that way).

Admittedly, the Titans had a good draft and it’s tough to pick out a “worst” selection. Petit-Frere in the third, though, is a risky choice because he fell flat on the biggest stages last year at Ohio State. He was torched by Michigan’s Aidan Hutchinson and also had a rough game against Penn State’s Arnold Ebiketie while at left tackle in 2021. That’s not a great sign and it had some scouts wondering if his tape and performance in college look better because he played in a loaded Ohio State offense. Plus, the Titans reached a little here as he was projected to go 20-30 picks later. Maybe they could’ve gone with another position instead of Petit-Frere.

The Titans’ draft class will be overshadowed by the fact that they traded away A.J. Brown on draft night. They ended up taking Treylon Burks with the pick acquired from Philadelphia, and it may take a year or two to see how good the Arkansas wideout will be. Doubling up on WR was a good move with fifth-rounder Kyle Phillips, who could end up being a top target for Ryan Tannehill right away. It’s also wait-and-see on Malik Willis, but that third-round value could end up paying off big time. Second-round CB Roger McCreary and fourth-round TE Chigoziem Okonkwo could both also end up playing significant snaps for Tennessee as rookies. Don’t overlook the pick of Hassan Haskins in the fourth, as he’ll provide a nice backup to Derrick Henry in this run-heavy offense.