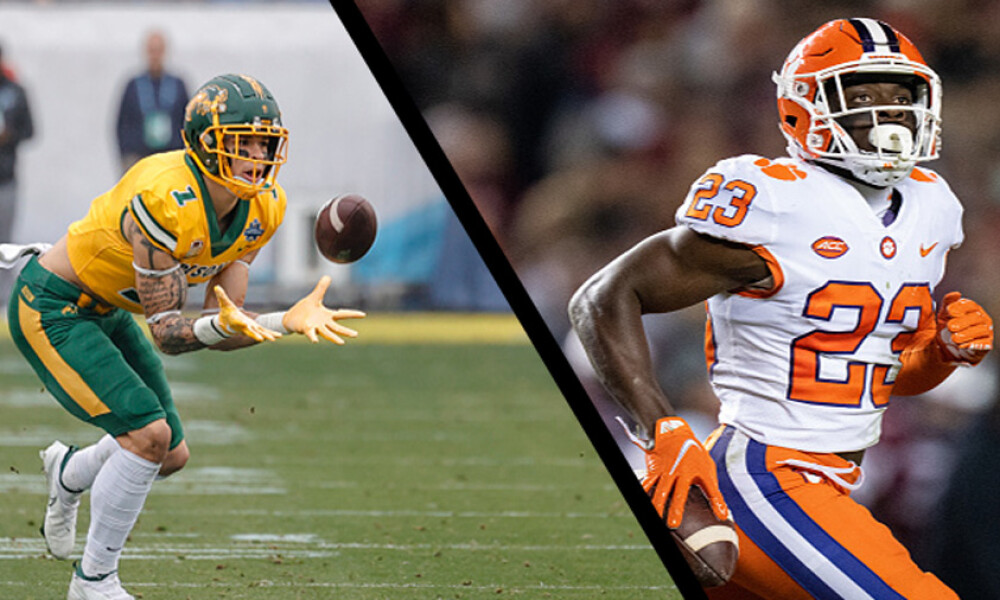 The dust is settling on the 2022 NFL Draft and it's time to grade every team's picks. Whether you're participating in fantasy football mock drafts, prepping for dynasty leagues, drafting best ball teams, or just a regular NFL fan – knowing the incoming NFL rookie class is important. Deciding which NFL Draft picks will be the most impactful is even more crucial. Let's now take a closer look at the NFC North teams and which top college football players they ended up with. Here are some draft grades, best picks, worst picks and everything in between for the Chicago Bears, Detroit Lions, Green Bay Packers, and Minnesota Vikings.

If you're looking for NFL Draft grades for other divisions or teams, check out my other breakdowns:

Many experts projected Brisker to be off the board early in the second round, but the Bears were able to grab him at No. 48 overall. He’s arguably the best all-around safety in this draft class and showed off his physicality and versatility against talented Big Ten offenses last year. Brisker projects as a longtime starter in Chicago’s secondary.

Unfortunately, Velus Jones Jr. is the scapegoat for the Bears’ lack of offensive weapons drafted this year. Chicago needed to give Justin Fields more help – especially with Allen Robinson now gone – and Jones Jr. is the only WR among its 11 total picks. He’s a shifty receiver with elite return-game skill, but he’s not a polished route runner and translates as just a slot wideout at the next level. Oh, and he’s already 25 years old. The Bears also took Jones Jr. over other talented pass-catchers like Jalen Tolbert, David Bell, Khalil Shakir, Danny Gray – not to mention the wideouts that were available in the second round. At least we know Jones Jr. can do this:

Since Chicago is still going through a rebuild, we may not get answers on their 11 draft picks for a few years from now. However, as mentioned above, the Bears should’ve used one or two more picks to get more weapons for Justin Fields. The Velus Jones Jr. selection is not enough and Chicago had plenty of chances to add more to the receiving corps. The Brisker and Kyler Gordon picks in the second round are bright spots, though, should boost the secondary.

Anyone who watched Rodriguez play at Oklahoma State knows the guy will outperform his sixth-round price tag. He dropped so far in the draft because he's an undersized linebacker as a former safety. Still, the football IQ, awareness, aggressive tackling instincts, and fly-to-the-football mentality should make him a solid pro player. He'll have the opportunity to earn a starting role and/or significant snaps for a rebuilding Lions team. We know head coach Dan Campbell wants guys that'll bite off kneecaps, and Rodriguez has that motor and attitude in him.

Though Mitchell didn't cost the Lions much as a fifth-round pick, it's still a questionable selection. The Virginia Tech product is coming off an ACL tear that sidelined him for pretty much all of the 2021 season. It's always risky drafting players returning from serious injuries like that. Plus, Mitchell is more of a receiving tight end than a blocking one – but the Lions would benefit from the reverse prospect. T.J. Hockenson is already the pass-catching TE in Detroit and the only way Mitchell gets on the field on passing downs is if Hockenson is hurt. The Lions did need more of a blocking tight end, though, and Mitchell wasn't the best one available.

As outlined below in the Vikings' section, Detroit was able to trade up to No. 12 overall and snag Jameson Williams without giving up much draft capital. That's a big win, especially after scooping up Aidan Hutchinson at No. 2 overall. Williams could end up as the best WR of this draft class when fully healthy, and the Lions can afford to bring him along slower than other teams. Detroit's defense got a lot stronger with Hutchinson, second-round pass-rusher Joshua Paschal, third-round safety Kerby Joseph, and then Rodriguez in the sixth. Maybe the Lions could've gone offensive line or quarterback with one of their early picks, but building the defense was clearly a priority.

The Packers have always valued versatility along the offensive line and they got a good one in fourth-rounder Zach Tom. He was an all-ACC left tackle for Wake Forest last year but also started at center earlier in his career. Whether he stays at tackle or moves back inside, Tom adds depth and flexibility for Green Bay’s front five for both this season and in the future. The Packers lost Billy Turner, Dennis Kelly, and Lucas Patrick from last year’s O-line and bringing Tom into the mix will give the unit needed depth.

After not selecting a wide receiver in the first round, the Packers traded up 19 picks in the second to grab Christian Watson. It’s worth noting that Green Bay has a good history of second-round receivers working out (Davante Adams, Jordy Nelson, Greg Jennings, and Randall Cobb). Still, Watson doesn’t profile as a No. 1 wideout and instead is a field-stretcher with player comps, coincidentally, to Marquez Valdes-Scantling. He'll be a welcome addition for Aaron Rodgers, but there's a decent chance Watson finishes behind all or most of Cobb, Allen Lazard, Sammy Watkins, Robert Tonyan, and Aaron Jones for targets in the Packers' passing attack. In hindsight, the Packers could’ve used one or both of their first-round picks to either trade up for a top wideout or make a deal for an available WR (A.J. Brown, Deebo Samuel, etc.) You also have to wonder if Watson will be a better NFL wideout than some drafted after him – like Skyy Moore, George Pickens, John Metchie, or Alec Pierce.

When Christian Watson is the “worst” pick, it was a pretty good draft. Green Bay grabbed two defensive studs from Georgia's National Champion squad in the first round. Quay Walker and Devonte Wyatt can both start for the GB defense right away. The Packers also added needed versatility and depth along the O-line with Sean Rhyan and Zach Tom in the third and fourth rounds, respectively. The only question is how they addressed the WR spot to replace Davante Adams and Marquez Valdes-Scantling. Taking Christian Watson and Romeo Doubs over other options in the first, second, third or fourth rounds could be a boom-or-bust move.

The Vikings traded back in the second round and were still able to grab Andrew Booth Jr., a cornerback who easily could've gone in the first. Booth is a polished and aggressive tackler from the corner spot and he projects as an excellent run-stopper at the NFL level. He dropped to the second due to injury concerns, which surely scared teams off. Booth has first-round talent, though, and the value for Minnesota could look fantastic a couple years from now if/when he stays healthy enough to impact the defense. Plus, this stat from Booth's career at Clemson is wild to think about:

It's not that Cine is a bad player or not worth a first-round pick, by any means. In fact, there's a good chance he's a starting safety in Minnesota for years as he forms a duo with Harrison Smith at the back end of the secondary. It's more about the route the Vikings took to get Cine at No. 32 overall. They traded back from the original No. 12 slot and missed out on Kyle Hamilton, who was universally viewed as the best safety of the draft. That trade back not only allowed a division rival get a game-breaking talent like Jameson Williams, but Detroit also didn't give up a ton in the process. Minnesota gave up the No. 12 and 46 overall picks and got back the No. 32, 34 and 66 picks. Then, a trade back with Green Bay in the second round was done to try to make up for the lost draft capital.

We mentioned it above, but the Vikings' trade down from the No. 12 spot might come back to bite them. Not only did they pass on drafting Kyle Hamilton or another top-tier talent in this draft class, but they let the Lions move up to get Jameson Williams. Plus, as outlined, Minnesota didn't much in return. Outside of that, though, the Vikes accrued plenty of talent with the picks they did make. The secondary, especially, got much stronger with Booth Jr., Cine and fourth-rounder Akayleb Evans. The picks of third-round LB Brian Asamoah and second-round OL Ed Ingram could end up being good values, but they don't offer much excitement right now.