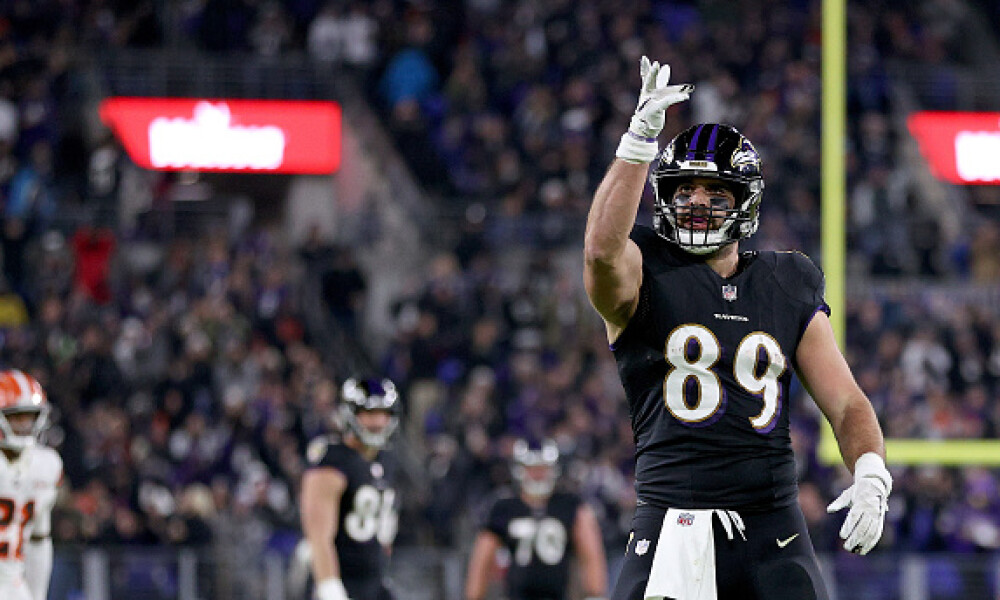 What we can give you, however, are some tried and tested guidelines for fantasy football roster construction that will give you better odds to succeed and help you cure that fantasy football itch following the NFL draft. Don’t want to risk drafting guys like Drake London, Malik Willis, or Jameson Williams in your big hometown league? Draft them in best ball fantasy football! And, on top of all that, we can also give you a promo code (ALARM) that you can use on Underdog Fantasy where they will match up to $100 in bonus credit with your first deposit. What’s better than that?

Anyway, let’s dig into the different positions and how to approach them.

The official rules for Underdog Best Ball Mania III (the big ongoing tournament right now with over $5 million in prizes) would suggest that you need 1 QB, 2 RBs, 3 WRs, 1 TE, and 1 FLEX. But that is deceiving to a certain degree as there are no waivers and no trades for this format so, if you only draft one quarterback, you are guaranteeing yourself at least one week with no quarterback since there are bye weeks. Not to mention, the numbers out there show that drafting just one quarterback puts you at a pretty significant disadvantage even if you draft well at the other positions. How big of a disadvantage? Well, it’s been shown that, in this specific tournament, the only roster constructions that provided win rates above expectation were ones that had multiple quarterbacks. Specifically, either two quarterbacks or three.

My philosophy on the quarterback position is pretty simple. If I draft an elite quarterback early, I’m already heavily invested in that player so I’m unlikely to take more than two. I simply take one more solid quarterback and I’m done. Similarly, if I wait and two quarterbacks in close proximity as backend QB1, high-end QB2 range, I’m also done with two. As you can see in TJ’s chart, the numbers favor only taking two quarterbacks so there are only two instances where I take three:

Keep in mind that, because of the limited number of starting quarterbacks in the NFL, there is essentially a draft within the draft. There is the part of the draft before all the quarterbacks dry up and then the part after. If you miss out on getting at least two viable starters before that first part is done, you are basically smoked. So don’t let that happen.

We’ll talk about tight end next because it’s so similar to quarterback in this format in that there is one starting spot but you need at least a couple on the roster. And it’s also a good time to bring up my main philosophy in fantasy drafts: lean into the positions that YOU are good at. Howard Bender and I spend a lot of time talking about tight ends so I personally have a lot of late tight ends I like every year. So it does me no good personally to go out and spend up on early tight ends instead of taking advantage of my own skillset. For you, maybe you hate tight ends and you are really good at identifying late QB values - you might want to take Mark Andrews or someone early and get it over with then focus on other positions. If you put in the time and effort on one position over another, save that position for later since it’s your most knowledgeable position.

As the tweet from TJ Hernandez pretty clearly showed above, two or three tight ends is the ideal build. I often find myself taking three because I wait on the position and the numbers are favorable towards that strategy. I’m only taking two early if the average draft position (ADP) values are so rock solid that I can’t possibly pass up, like a team I did recently where I landed both Mark Andrews and T.J. Hockenson well below ADP.

One last important thing to note on tight ends is that we typically hate touchdown-dependent tight ends in our normal leagues due to inconsistency from week to week and the fluky nature of touchdowns but best ball actually cures that issue. The TD games get slotted into your lineup and the other games don’t. So those players aren’t so bad to mix in, especially paired with a guy who does get consistent targets and offers a nice weekly floor. Here are some examples of some setups I like.

Some folks will try to convince you that there are only two schools of thought: Robust RB and Zero RB. But that really isn’t the case (and you are seeing more and more Zero RB analysts lean into “Hero RB”). At the end of the day, what you should really focus on is being fluid and getting the best players available in the early going. Focus on guys who could realistically be the top scoring player in fantasy with your first couple picks and then build the rest of it based on what we know about roster composition.

Once again we can point back to the numbers shared in the TJ Hernandez tweet. The best performing teams had somewhere between four to eight running backs but the sweet spot seemed to be five, six, or seven. Like we discussed with quarterback and tight end, the higher end the first couple of your running backs are, the fewer of them you need. So, if you go out and spend your first three picks all on running back, you are likely doing yourself a disservice by drafting eight of them. Conversely, if you wait on running back and then only draft four, you are basically better that two of four of your lame RBs will hit in every single week. A bad bet.

Wide receiver is going to work a lot like running back except there is one added component: stacking. We’ll likely do a full article in the upcoming weeks breaking down exactly why stacking makes so much sense and which stacks we like but the concept is simple - you want to try to pair wide receivers (and sometimes tight end) with the quarterback you draft. The higher target consolidation there is on the team, the better. For instance, it’s easier to predict that Kirk Cousins’ targets will be highly consolidated among Adam Thielen and Justin Jefferson than it is to guess which pass catchers Mac Jones will prefer out of DeVante Parker, Kendrick Bourne, Jakobi Meyers, Nelson Agholor, Tyquan Thornton, Hunter Henry, and Jonnu Smith.

As far as filling out your wide receiver room, it’s going to work inversely to your running backs. If you go running back early, you will want to load up on running backs later. Hence the most successful builds with four of five running backs being 2QB-5RB-8WR-3TE and 2QB-4RB-9WR-3TE. This honestly doesn’t have to be hard and it speaks to what we said earlier about leaning into the positions you are good at. If you like a lot of the late wide receivers, as I do, then lean into RB early and then load up on wideouts at the end. The minimum number of wide receivers you are going to want to have is six but the sweet spot seems to be between seven and nine.