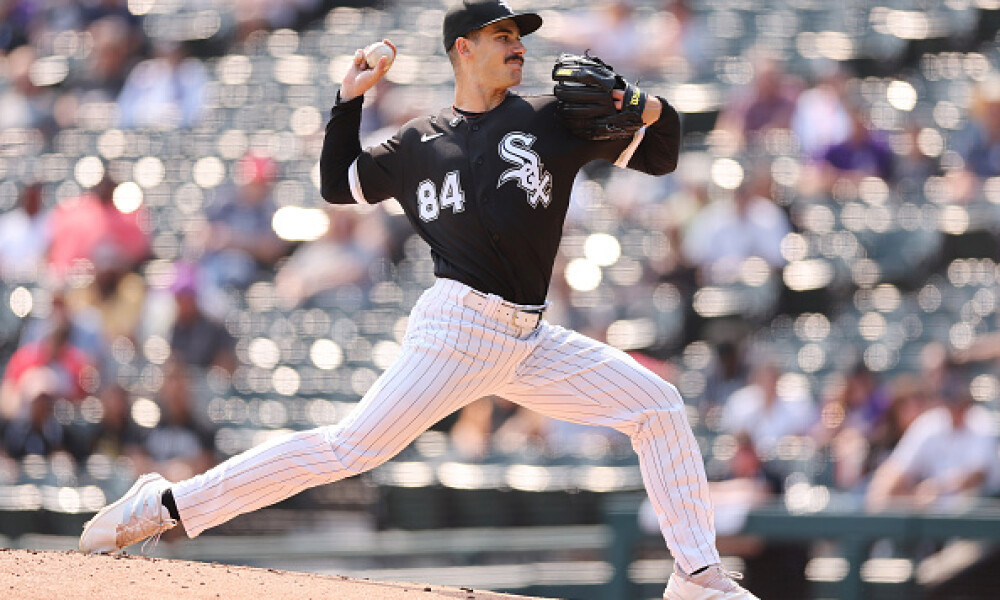 Middle of September delivers an absolute plethora of dual start options for the fantasy owner to consider. 17 top tier two start SPs open the week, and the tier is filled with both old standards and a few newcomers that are living up to early hype heading into 2022 (e.g., Nick Lodolo). Keep an eye on the MLB injury report to make certain your double start hurlers will in fact be taking the ball for both their scheduled turns in Week 24.

This boatload of SP goodness consists of the arms you want to plug into your rotations, no matter where they are climbing atop the hill or the batters facing them. For the most part, great ratios and counting stats are in the package with these hurlers.

Sandoval has not yielded more than two earned runs in any of his last eight starts, accumulating a superb set of ratios over those 48.1 IP: 1.86 ERA, 1.06 WHIP and a fine 8.0 K.\/9 rate, while allowing just 14 free passes. His away starts have been slightly better than his home stat production, so two road contests is not a negative for the 25-year-old southpaw.

Cabrera hurts himself with his lack of control, as pitch count due to the walks tends to end his starts earlier than desired. The inflated 4.5 BB/9 rate offsets his better than a K per frame efforts (9.5 K/9 over his 11 starts this season to date. He has two home starts this week, but based on the home/roads splits he has posted, being away from south Florida might have been better for him to ply his trade in this dual start scoring period.

Greinke has been incredibly effective at home this season, and here he is, with two home starts in Week 24. He relies on his superb control (1.9 BB/9 over 118.2 IP) as he does not miss many bats (5.1 K/9, well below league average). Take advantage of the schedule putting him atop the bump twice this scoring period at home.

Suarez needs to figure out how to pitch deeper into contests to be a trusted SP. He has been excellent in the first four innings of his starts, but then the cart goes off track for innings 5 and/or 6, depending on how long he lasts on the mound. The lack of stamina offsets his strikeout production (8.6 K/9 through 91.1 IP). His home/road splits are equal enough that if he could finish strong, he would be a top tier SP.

Voth picked up a victory while pitching in relief against the host Nationals, his former team, but will return to his SP ways in Week 24. The matchup against the Tigers to open the week is the better time to consider plugging him into your rotation, as taking on the Astros in his second start is not anywhere near an ideal situation for the 30-year-old righthander.

Bello seems locked into a rotation slot in Boston for the balance of the season, which will give him an opportunity to work on his spotty control (4.5 BB/9 through 42.1 IP). He offers nearly a strikeout per inning swing and miss stuff (8.9 K/9). Here again, as with Voth above, his first start is the most favorable of his scheduled trips to climb the hill.

Miley has been sharp in his two starts since returning from a shoulder issue, allowing three earned tallies over 9.0 IP, while collecting 11 Ks against three walks allowed. The veteran southpaw has a pair of favorable matchups, albeit on the road where he has been less effective in 2022.

A large number of scheduled starters you are best advised to avoid, despite the allure of two trips to toe the rubber in Week 24. Even if one of the appearances looks slightly enticing because of matchup potential, the potential ratio damage is not worth the risk, and the counting stats are just not there for the greater part.

The rookie southpaw is making a push to be part to the 2023 Detroit rotation, having allowed just two earned runs over his 10.2 IP in September so far. He also has racked up 10 Ks while holding opponents to just two walks over that stretch.

The second Tiger SP being suggested as a streaming option, the 24-year-old second year SP continues to reduce his never overly inflated ERA, allowing just four earned tallies over his last 17.1 IP, for a 2.08 ERA and also posting a superior 0.87 WHIP. The only downside to this streaming start is that takes place away from Comerica Park.

Through his first two September starts, the 26-year-old righthander has yet to allow a run, earner or otherwise. Of course, caution is advised as he has handed out five walks over those 13.0 IP, against just eight Ks. He has a home contest on tap here against a division foe, for what that is worth.

Kremer has twirled a pair of QS among his last four trips to the hill, and offers up useful ratio stats: 3.34 ERA and 1.25 WHIP through his 99.2 IP to date. He has been a better option while pitching at home this season, and he gets a tough matchup at Camden Yards, so there is that positive. He offers good control, but below average K potential.

The rookie has held opponents scoreless over his first two starts for the big-league club, including an impressive six shutout innings on two hits against the formidable Dodger lineup. He offers up a tempting 13:2 K/BB ratio accumulated during his limited two starts in the majors. He has a home start here against a team that has struggled on the road this season.

The downside for the rookie righty is his propensity to hand out free passes, having walked 10 batters over his limited 21.2 IP thus far in 2022. He has been generally effective in limiting those who reach base to come around and touch the plate, though, and offers average K production thus far.

The southpaw has been able to collect a victory in each of his last five starts, and has shown superb control over those 29.1 IP by allowing just a pair of walks, and no free passes over his last four appearances. His peripheral stats do hint that some negative regression may be in his future, and his time in the rotation is likely to end soon when Zach Wheeler returns to the starting staff, so take advantage now while the iron is hot.