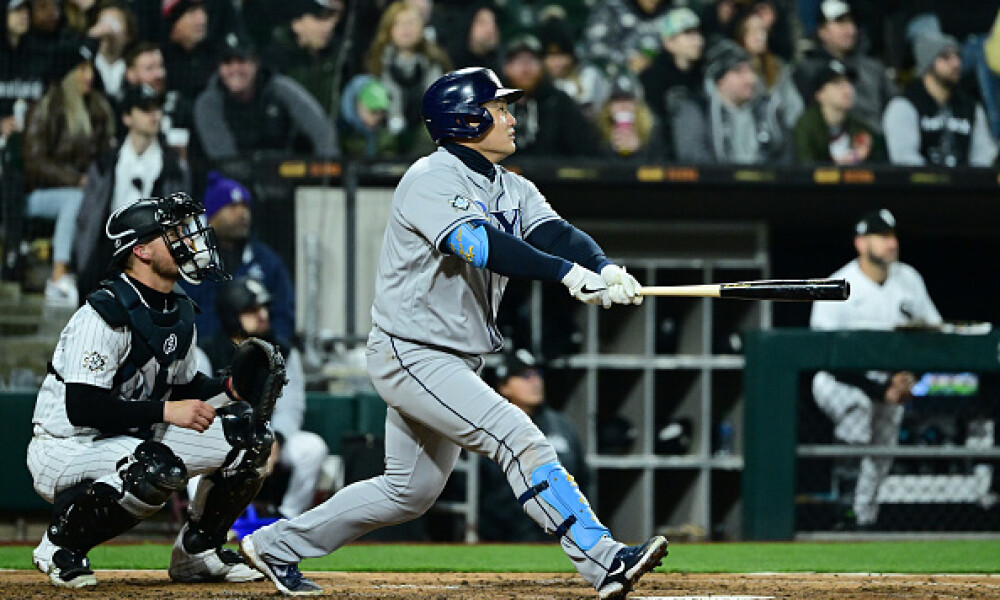 Every Saturday from now until the end of the Major League Baseball season, we are going to dive into some notable streaks and trends of some of the hottest commodities in fantasy baseball and maybe guys that are still sitting on your fantasy baseball waiver wire. We are going to take a look at who’s hot, who’s not, who’s in the midst of lengthy hit streaks and much more! Once we get another week or two of data, and can slowly move away from very small sample sizes, we will take a deeper dive into discrepancies in the expected statistics, and use that to uncover some hidden gems that could end up being some of the top fantasy baseball players to add in the days or weeks to come. There are some household names on the list, like Nolan Arenado and José Ramírez, but there are some players that you might not expect, and even better, just might still be available in your fantasy baseball leagues.

What a start to the year for the star third baseman. During this six-game hit streak, Nolan Arenado is sporting a .435/.500/1.087 slash line with four home runs. This is noticeable because in recent years, he’s been a bit of a slow starter, as he hit just .271 and .255 in March/April in 2019 and 2021 respectively. Earlier in his career, Arenado usually started off hot, but it hasn’t been that way in the past two or so seasons. He’s red hot at the moment, and while he’s hitting a cool .412 against righties, all three of Arenado's hits against southpaws have sailed over the fences.

Ji-Man Choi might be outperforming his expected statistics considerably, but hey, production is production! Like Arenado, he’s riding a six-game hit streak, and has more walks than strikeouts during that span. For his career, he’s really struggled against lefties, posting a .195 average and .591 OPS against southpaws, but to his credit, he has four hits in five at-bats against them in the beginning of 2022. He should remain in the middle of this Tampa Bay lineup, but be wary of the fact that while his .391 xBA is still phenomenal, it’s a far cry from his current .526 mark. Choi is currently rostered in just 15 percent of ESPN Fantasy Baseball leagues.

Owen Miller went from an afterthought in drafts to being one of the most added players in all fantasy formats. To open up the 2022 season, he’s rocking the second-best batting average amongst qualified hitters at .522 and all of his Statcast metrics are up across the board. It’s early in the season, but he’s not missing fastballs, posting an impressive 18.2 percent barrel rate against fastballs, and after whiffing against breaking pitches and off-speed stuff at 36.4 percent and 30.2 percent in 2021, those marks have dropped to 22.2 percent and 16.7 percent respectively in 2022.

Fantasy Baseball Who's Not

Tommy Pham missed some time with a hand injury, but he has opened the year on a 2-for-19 skid with just one stolen base, four walks and two runs scored. He’s still looking for that elusive first hit, and prior to the 2021 season, Pham typically started the year off hot, but in 2021, he opened the year in March/April with a .179 average. Some of his Statcast metrics aren’t too far off from recent years, but the biggest jump is the 6.7 percent weak hit rate. That has to improve for Pham to bust out of this season-opening skid.

This one hurts. I was all in on Akil Baddoo after last season and it’s been a rough start for the 23-year-old outfielder. While he has homered this season, he’s just 2-for-22 to begin the year with seven strikeouts. His strikeout rate thus far is higher than last year, and his barrel rate, average exit velocity and hard hit rate are all down. His launch angle is up, but his fly ball rate is down. How? Well, take a look at his pop up rate, as it is an immense 26.7 percent. The increased launch angle would be nice if it was due to fly balls and with harder contact, but this is not a recipe for success for Baddoo. In deeper formats, Baddoo is approaching the dreaded “droppable” territory.

Compared to the two players above, I’m not as worried with Kyle Tucker. He’s barreling up balls at a solid clip and his average exit velocity is right on par with last year, even if it is down just slightly. He’s opened the year hitting just .111, but he’s not striking out, and his xBA of .286 indicates that he’s been incredibly unlucky. His .111 batting average is a far cry from his .286 xBA thanks to an astonishingly low .050 BABIP. His numbers don’t look great to begin the year, but he’ll turn it around.