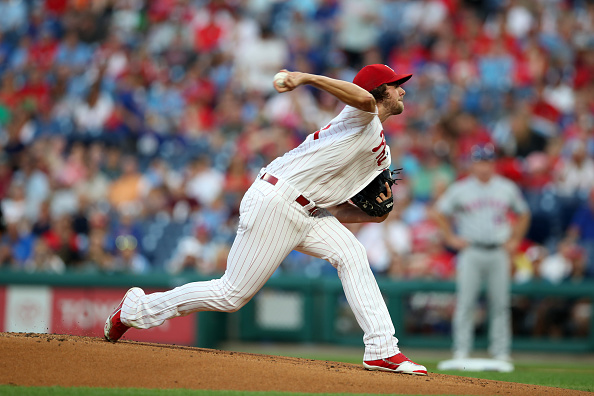 The page on the calendar has flipped to September, and the final run to fantasy championships kicks into high gear. Fortunately, there are a significant number of good-to-great options in the two-start pitching realm to choose from in Week Twenty-Five. Naturally, there are also a whole slew of dual-start choices that it is better to avoid, although one or two have streaming potential for one of their two appearances on the hill.

The bulk of these SPs are of the variety that you will want to plug into your fantasy rotation for the coming week and forget about them, reaping the benefits from their performances. Gallen has burst onto the scene this season, and has earned his spot in the top tier by pitching like an ace: 2.50 ERA, 1.23 WHIP, 10.8 K/9, 0.7 HR/9 over 68.1 innings pitched (IP). His main issue is control (4.2 BB/9 through 13 starts) but his minor league stats indicate that may be a temporary issue.

Lester has tallied three wins in his last four outings, allowing just a single earned run over those 18.0 IP. He has two good matchups in store, heading to San Diego and then taking on the Pirates at home to wind up the scoring period. He whiffed a season-high nine batters in his latest trip to toe the rubber and is striking out nearly a batter per inning on the season, with an 8.8 K/9 rate through 150.1 IP in 2019.

Berrios has twirled nine quality starts (QS) out of his last dozen contests and has not allowed an opponent to collect more than three earned runs since May 18th. In those 110.1 IP, he has demonstrated both dominance and control, with a 109/34 K/BB ratio. He has a pair of tough matchups in store for Week Twenty-Five, but his steady production lends him to regular usage as a fantasy arm. 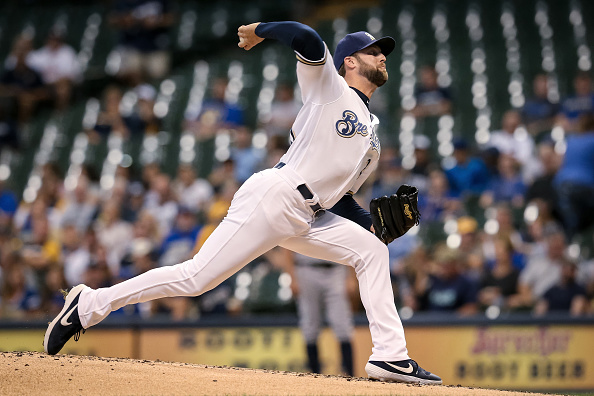 Lyles has been extremely effective since landing in Milwaukee earlier this summer, posting nice ratios over those seven appearances: 2.56 ERA, 1.06 WHIP coupled with a 5-1 record. He strikeout production has been down, however, and he does have one poor matchup on the horizon, heading to St. Louis for a Saturday evening confrontation against the division-leading Cardinals.

Means has righted his ship after suffering through a stretch where he was getting banged around early and often from mid-July to mid-August. Since then, though, he has strung together four times on the bump where he has limited opponents to two or fewer earned runs and handing out just two free passes. He is a mediocre strikeout arm, though, with a 7.1 K/9 rate through 131.0 IP to date. He gets to face the Dodgers at his home park, then heads to Detroit to see if he can have some road luck against the woeful 2019 Tigers.

Foltynewicz has failed to last five innings in two of his last four times toeing the rubber, which makes him a significant risk if you are looking for victories or QS in your league. Neither of his Week Twenty-Five matchups scream to use him in your rotation, but he has been pitching better since returning in August, dropping his ERA nearly a whole run (it still sits at an ugly 5.28 currently). He does pitch for Atlanta, which is a point in his favor. 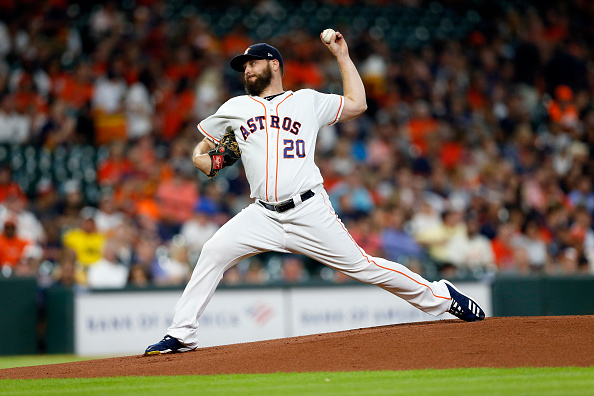 Miley was recently roughed up by the Mariners to the tune of five earned runs before getting lifted and not recording an out. Ouch. Prior to that debacle, however, he has been remarkably consistent and dependable, with an attractive set of ratio stats: 3.35 ERA and 1.26 WHIP over the course of 29 starts. Chalk up the most recent start to bad luck, and use the veteran Astro southpaw going forward.

Fiers season numbers are nice, with his ERA sitting at 3.51 and his WHIP looking styling at just 1.17 through his accumulated 169.0 IP this campaign so far. He relies on his control, as he does not miss many bats: 2.7 BB/9, 6.1 K/9 over 29 starts. Be advised that both his starts, against top-level opponents, are on the road this coming scoring period.

Paddach gets the Cubs at home, which is favorable, but then has to head to Coors Field, a tough venue even with the underwhelming 2019 version of the Rockies as the hosts. He is a top-level K producer (9.5 K/9) who features excellent control as well (2.0 BB/9 through 129.2 IP), so despite the late week trip to the Mile High City, he is an arm to consider employing this week.

Wacha winds up the middle tier this week, and his lack of appearances where he tosses significant innings makes him a less than ideal starting option. He recently was a limited opener in a designated bullpen day game, and may be used similarly going forward as the Cards work to wrap up their division. His schedule opens with a trip to the bump in Coors, never a truly positive situation for a SP, but then gets the Brewers at home, a much better matchup on paper.

Merrill is simply too erratic to be trusted against tough competition, but the game against the Reds at home at the end of the week might be a potential streaming option. In an early week start, Bauer at Seattle is also tempting if you are desperate for a start. The rest of these arms are best left on the sidelines for your fantasy efforts.