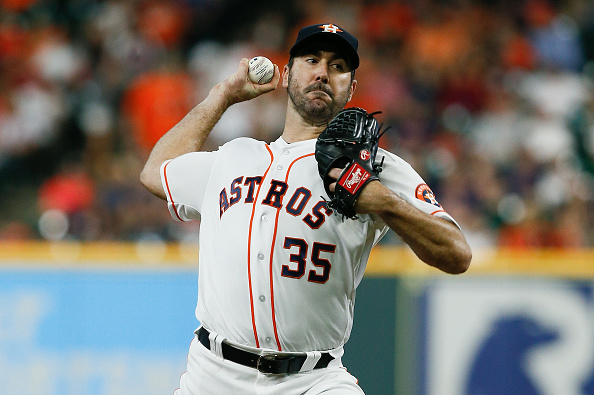 We are now well past the period where there was a definite lack of two-start pitcher options available on a weekly basis, with an abundance of dual appearance options on the board in the upcoming schedule. There are a significant number of hurlers that it is suggested you avoid even with the allure of a double trip to the bump in their future, but certainly enough middle tier choices to make your fantasy prospects interesting, if not predictably rewarding. Plus, the upper group has a fine selection of top aces to enjoy twice in the scoring period of next week.

If you want to exercise some restraint with the final resident of the top tier, that restraint is understood. While Sabathia is on the road for both his trips to toe the rubber this week, you have to start him against Baltimore. When he heads to Cleveland, perhaps a bit of discretion is advised, but then again, it is difficult to argue with his continued success or the track record of his offense. The balance of these top-tier denizens should grace your rotations without much questioning.

Suarez has yielded just seven earned runs over his last five starts, holding opponents to just a single tally in each of the last three games he has taken the hill. He has two home starts this week and racks up significant K’s and keeps runners off the bases effectively (8.31 K/9, 1.73 BB/9 over 78.0 innings in 2018). Couple those peripherals with a superior GB/FB ratio of 2.03 through his 14 starts, and it is a simple matter to place him atop the middle tier.

Wheeler has the misfortune of pitching for the offense-starved Mets, which limits his utility in leagues that reward for victories by pitchers. In quality start (QS) leagues, however, he has favored his owners with six QS out of his last nine trips to toe the rubber. He also provides good strikeout numbers (8.62 K/9 rate over 95.0 innings pitched (IP)) and keeps the ball in the park effectively (0.85 HR/9 through his 16 starts). In Week Sixteen, he has two home starts, although his home/road splits do not show that as a huge positive for him.

The first pitcher with the surname Anderson in this tier, he with the first name Chase, has a pair of decent road matchups in the coming week, heading off to Miami and then Pittsburgh. His team leads their division, and has no problems winning on the road, and his splits favor him pitching away from Miller Park, so everything is trending positively for him this coming week. The only real off-putting aspect to using Anderson is a sub-par K rate of 6.94 K/9 over his 94.2 IP to date.

Hill hurt his neck in his last start, sliding into a base, and with his injury history, that is concerning. The team has indicated he is cleared to make his next start against the Padres on Tuesday as of now, though, so while he is relatively healthy if you own him, run him out there to take advantage of his skills, including his superior ability to miss bats (9.70 K/9 over his limited 47.1 IP this year).

Minor’s second start at Baltimore looks a lot more intriguing than the first at Boston, if you are interested in putting the Texas southpaw out there in your fantasy lineup. He is working on an attractive string of five QS and he has knocked over a full run off his inflated ERA since the end of May, which still sits at 4.63 even with his recent success on the mound. His WHIP demonstrates his successful control (2.17 BB/9 over 91.1 IP). 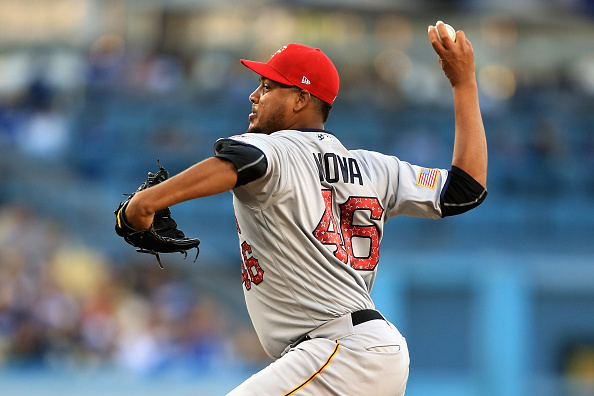 Nova took a big step backward by giving up seven earned runs over just five innings in LA during his latest start, allowing the Dodgers to take him deep five times during that appearance. Prior to that, however, he came just one out short of stringing together four consecutive QS. He has two home games on tap in Week Sixteen, and he has been masterful at PNC Park this season. He has shown outstanding control this year (1.66 BB/9 through 92.1 IP) although his K-rate is still below average at 6.92.

Chacin does not do all that much that suggests him as a fantasy asset, with a below average K-rate (7.18 over his 19 starts), a bloated walk rate of 3.81 BB/9 through 104.0 IP and a below 90 MPH fastball. Still, a 3.63 ERA is useful for fantasy purposes and his 0.6 HR/9 rate indicates an ability to control opposing hitters. Although he is on the road for both his Week Sixteen starts, the matchups are not scary, and both are in pitcher-favoring parks that play up his ability to keep the ball within the outfield walls.

Leake has been working to drive down his ERA to a reasonable level, dropping it from a season high 6.59 on April 23rd to a much more palatable 4.11 after his last abbreviated four inning outing against the Angels. He has to face the same Los Angeles team on the road in his first start, then takes on the Rockies at Coors Field to finish the scoring period. Despite his recent successes, leaving out his most recent time on the hill, if you were to think about letting him sit on the bench this week, you would not be mocked in the least.

Manaea has two road starts, the first against the reigning world champs, in Houston, then gets the “privilege” of facing the rejuvenated Giants across the bay in San Francisco at AT&T Park. He is working on a five-game QS streak and is extremely stingy with the free passes (1.74 BB/9 over 113.2 IP in 2018), contributing to his recent success on the mound. Aside from the opponents, though, he is a decent option this week, as he has been more successful on the road by a small but measurable margin in 2018.

Richards is striking out hitters at a career-best clip of 10.51 K/9, which is great for his fantasy owners. Of course, he is also handing out more than his fair share of walks, as witnessed by his unappetizing 4.03 BB/9 rate over his 15 starts on the season. The lack of control has not affected his ratio stats too drastically, however, as his ERA and WHIP are both in the useful range (3.42 and 1.26, respectively). He takes on the Mariners at home, then heads to LA to face the Dodgers, neither of which profiles as a pushover matchup, thus his lower ranking in this tier.

Hellickson endured a four-inning ineffective start where he yielded eight earned runs (nine total) against the Marlins, but in his defense, he was weakened by an illness that undoubtedly kept him from being at the top of his game. Remember that he was pitching with great control prior to his hamstring injury sending him to the DL, but also note that he has failed to last through five innings in either of his two starts since being reactivated at the end of June. He had been pitching better on the road this season, and both his starts will be away from Nationals Park this coming week.

Anderson has a couple of home games coming up this week, and as he pitches for Colorado, that carries a certain degree of risk with those treks to the middle of the diamond at Coors Field. He offers good strikeout potential with an 8.32 K/9 rate in his 101.2 IP to date. Even so, two starts in Denver is never a tried-and-true recipe for pitching success, no matter how many bats you can miss. The other guy named Anderson, profiled several paragraphs above, makes for a better two-start option in Week Sixteen.

Archer gets to face the Tigers at home to open his dual-appearance week, and Detroit tends to struggle away from their home park. He then heads to Minnesota, and his splits have indicated a preference for roadwork by the 29-year old righthander. He strikes out nearly a batter per inning (8.96 K/9 over his 76.1 IP) and his FIP and BABIP hint that he has been a bit unlucky so far this season (3.88 FIP vs 4.24 ERA, .325 BABIP). His offense cannot overcome his mistakes, though and that makes him a risky pitcher to rely upon for consistent fantasy production.

Speaking of pitchers whose offense does not provide strong support, Urena certainly knows that feeling, toiling for the Marlins in 2018. He is not totally blameless for his 2-9 record, to be certain, with a 4.18 ERA on the season, but he also sports a handsome 1.18 WHIP buoyed by a superb 2.09 BB/9 rate over his 99.0 IP and 2.01 GB/FB ratio through 17 starts. He has two home starts in the coming week, which is another plus on his account.

The top five pitchers that lead off the bottom tier could easily move up to the middle tier as useful starting pitchers, at least for streaming purposes if not for both of their starts if only they were not so risky at present. Hendricks has a decent matchup in his second start when he heads to San Diego, but despite some recent success, he is too volatile and does not offer enough strikeouts to be trustworthy. Liriano gets Tampa Bay to open the week, but his team is awful on the road, and it is near impossible to suggest starting him away from Comerica Park against the Astros. The next three pitchers: Estrada, Tanaka and Teheran, have experienced health issues that raise red flags with regard to employing their services on the mound until they can demonstrate that they are fully recovered from their injury or illness, as the case may be. The balance of these 15 starters are best avoided entirely, venue or opponent not mattering.