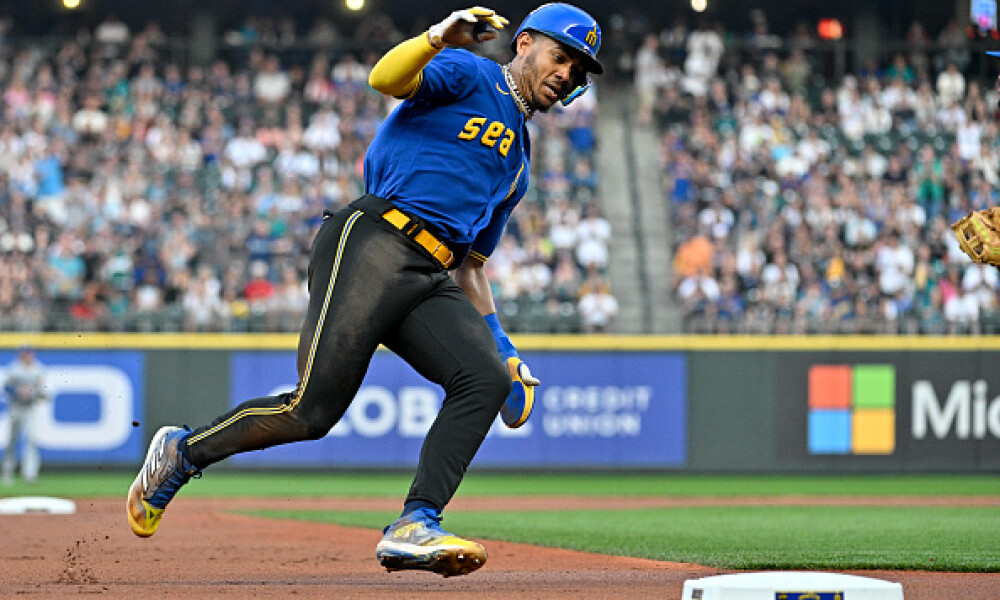 We are within the final two weeks of the 2022 MLB regular season, and you are that close to your fantasy baseball championship! Unfortunately, though the injury bug doesn’t care that there are only a few days left and keeps coming after some critical players. If you do have a hole in your fantasy baseball lineups, be sure to check out the fantasy baseball waiver wire by Ray Kuhn to help you continue your run. Keep your foot on the gas until the last day and be sure to stay up on your MLB injuries, which we help you with here.

He missed time last weekend with a back injury, and now the Mariners phenom was removed from Thursday’s game with another issue with tightness in his back. He is going to undergo an MRI to find the extent of the damage, but this sounds like it might cost him some time. This is a nightmare scenario with less than two weeks to go in the year for someone who has carried you to this point in the year.

He has been in and out of this article this year and it sucks that he is featured here so late in the year. He was a late scratch on Thursday, and after the game manager Brian Snitker said that he didn’t know if Acuna would be able to play on Friday. This is not good so close to the end of the year. You will have to check the Braves official lineup when it comes out on Friday, but this could turn out to be something that forces him to miss the weekend, but hopefully he is back really soon.

He was hit by a pitch on Wednesday and missed Thursday’s game, but reports are that he is going to be back in the lineup for Friday’s game. That is a huge sigh of relief as Altuve is a high-end fantasy asset and not the kind of guy you can afford to have out of your lineup as you are trying to win a championship now.

Not sure what changed, but Trevor Story finally hit the 10-day injured list with his heel injury that has cost him games since September 11th. There are more than ten days left in the season, but I would be really shocked if the Red Sox brought him back with absolutely nothing to play for. Story had a decent season, but was a bit of a letdown from expectations.

The Yankees needed it, and Severino delivered in his return from the injured list. The hurler threw five innings, allowed just one run on two hits and struck out six while walking one. Severino picked up the win, and fantasy players will definitely want to get him in their lineups for what will likely be two or three more starts before the curtains drop on the 2022 season.

The Mets outfielder left Wednesday’s game with a quad strain, and Nimmo is set to undergo an MRI to find the extent of the injury. The player said it wasn’t a big deal, but the player always says that. With the Mets already in the postseason, they will likely be cautious with Nimmo as they certainly want him healthy for the MLB Playoffs. More news is sure to come in the next 24-48 hours.

He was great in his return from the injured list as he threw four innings without allowing a run. Wheeler did strikeout three and allowed two hits. This was farther into the game than I expected he would go, but he was great with his 58 pitches. If you decided to sit him on that start, you should definitely ride him for the last two weeks of the season.

The Rockies infielder was placed on the 10-day injured list on Thursday with a hamstring strain that he suffered on Sunday. This will all but likely end his season with just 13 days left in the year. There’s a chance that he could come back for the final few days, but I would either dump him or stash him and pick up his replacement that is hot prospect Ezequiel Tovar.

The Nats slugger hasn’t played in ten days since experiencing some eye inflammation and I am starting to wonder if his season is over. The Nats have not placed him on the injured list, but they are merely playing out the string anyway, so I’m not sure roster construction is high on their priority list right now. The reports are that he tried to take batting practice on Tuesday but was still unable to do it effectively because of the eye. If you are holding on to him, it looks like it should be safe to let him go if you are chasing down a title.

The Rays stud was removed from his last start on Tuesday because of neck tightness, but McClanahan said that he is going to make his next start on Sunday against Toronto. I just got done saying earlier that the player always says they are okay, but the team has made no announcement and did not put him on the injured list, so in this case I believe McClanahan when he says that he will be out there on Sunday.

He hasn’t pitched since the beginning of the month, but it looks like Lauer will return to the Brewers rotation on Friday. He did not go on a minor league rehab assignment, so he will likely be on a strict pitch count if he starts, so it might not make for the best spot fantasy wise. He has been much better than I expected this season though, so if you did stash him be ready to get him back in your lineups for the mid-week start his next time up.

In a fitting end to a terribly disappointing year, Rogers has been placed on the injured list with a lat strain. The team does not consider the injury to be serious, but with less than two weeks left in the year, it will end his season. What can you say besides…..well, many four letter words when describing this year for Rogers. He will be fine to start 2023 and it will be interesting to see where he goes in drafts next March.

He isn’t exciting, but if you are in need of last minute pitching stats, this could help you. Civale was activated from the injured list on Tuesday and allowed two runs over five innings and struck out two. He isn’t going to go deep into games, he isn’t going to strikeout a lot of guys, but he should do enough to perhaps get you another win or two and help your ERA and WHIP. He will likely get two or three more starts before the year ends.

The Yankees placed their trade deadline acquisition on the 15-day injured list with shoulder inflammation. The move was made retroactive to the last time he pitched on September 17th, so there is a chance that he could pitch one of the final three games of the regular season for New York. He hasn’t been particularly good at all since the Yankees acquired him, but the talent is there so stash him in case he can give you one last start in the season’s final days.