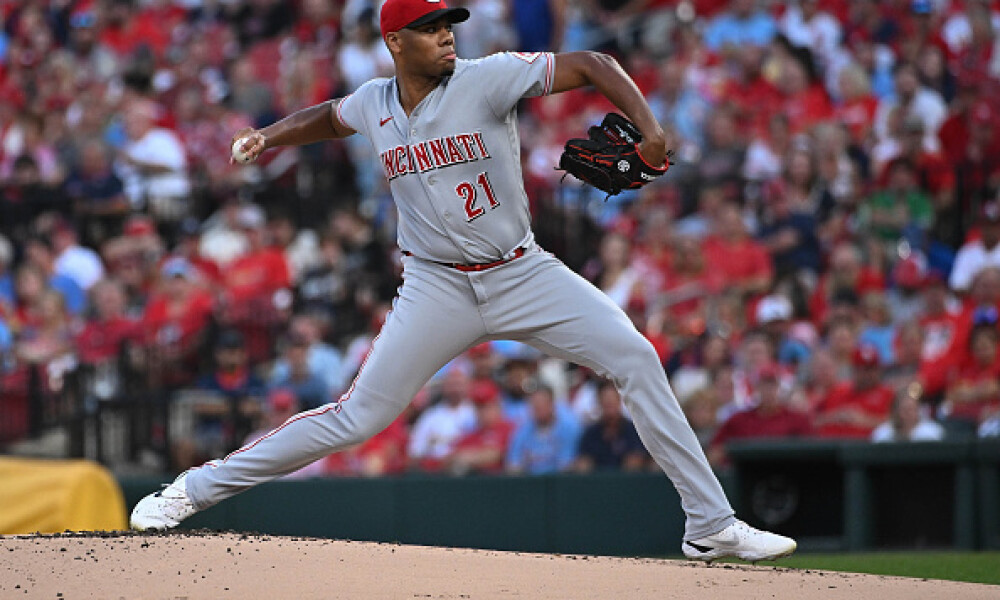 Just because the 2022 MLB season begins to get shorter, it does not mean that the intensity from a fantasy baseball perspective should wane. In fact, the opposite should be true as we look for any opportunity to improve our team with those rising up the fantasy baseball rankings. We have some “boring” veteran options, but the Colorado Rockies promotion of Ezequiel Tovar, there is also an exciting young option to target. Let us take a look some fantasy baseball waiver wire additions.

The Rockies have graced us with the promotion of one of their best prospects in Tovar to close out the season. In 66 games at Double-A this season, Tovar hit .318 with 13 home runs and 17 stolen bases and then continued the success with a .333 average in five games at Triple-A. The talent, tools, and potential are here, and that puts the shortstop firmly on our radar.

Santana has found a home in the middle of Seattle’s lineup, and entering action on Wednesday, the first baseman had five home runs and 11 RBI over his last seven games while hitting .280. The veteran is still hitting just .199 on the season but thanks to a 14.1% walk rate, his .315 OBP looks a lot better for those leagues in which it is a category. At this point, we know what we are getting with Santana but it should be noted that he has posted career highs in launch angle (15.8 degrees), barrel-rate (9.6%) and hard-hit rate (45%) this season.

It has been a year to forget for Moncada and his health has not done him any favors either. At the very least though, it does appear that the third baseman is aiming to finish the season on a high note as Moncada was hitting .309 in September with three home runs, seven RBI, and nine runs scored heading into action on Wednesday when he went deep for the fourth time this month. Moncada is capable of continuing to perform at this level for the next two and half and weeks and also heading into 2023 which should keep him on our radar as depth or corner infield option.

We know that Siri, or most Rays for that matter, do not play every day but the outfielder does get his fair share of playing time. Prior to Wednesday’s game, Siri stole bases in three straight games to give him 14 stolen bases on the season in 290 plate appearances. At this point in the year, that is all we need to put a player on our radar and depending on the situation your team is in, it is also enough to overlook his .217 batting average. When Siri does reach base, he also does a pretty good job of coming around to score as evidenced by his 50 runs on the season.

At this point in the season, holes are inevitably going to present themselves, and Kim’s positional flexibility could prove to be invaluable. Kim plays just about everyday and is hitting a solid .250 with 54 runs scored and 54 RBI for the season. We get a little bit of speed and power out of Kim, 10 home runs and 10 stolen bases, which could help to plug most short-term holes and provide insurance in leagues with daily roster moves.

While there is certainly a level of variability in play here, you are not going to find strikeout upside like Greene’s on the waiver wire. The right-hander made his return this week and promptly threw six shutout innings against the Cardinals while striking out 11 batters. Greene certainly did not get cheated either as he averaged 101 miles per hour with his fastball while generating 19 swings and misses on 81 pitches. For the season, Greene’s ERA sits at 4.97 (4.10 xERA) with 138 batters in 108.2 innings and it will be fun to see what he is capable of over his last few starts to close out the season.

It is hard to ask for a better major league debut from the former first round pick as he has picked up victories in each of his first two starts while allowing two runs in total. Jameson did not exactly get the most hospitable welcome to the major leagues as he had to face the Padres and Dodgers and proved up to the task. The talent is there for Jameson but to this point his minor league performance has been up and down. Arizona certainly believes in his talent as they did promote Jameson despite a 6.95 ERA (4.96 xFIP) in 114 innings at Triple-A so that is telling but I would still proceed with some level of caution despite what he did in his first two outings.

Whether it is in MLB or fantasy, teams simply can never have enough pitching. Each September we see young pitchers emerge, and whether the success is temporary or permanent is a different story, but players such as Wentz show up on our radars. Over his last three starts, Wentz picked up two victories along with a 1.10 ERA and 0.73 WHIP while striking out 14 batters to continue a successful stint with the Tigers this year (3.13 ERA and 0.96 WHIP in 23 innings). Prior to his promotion, Wentz had a 3.17 ERA 48.1 innings at Triple-A and minor league success was nothing new for the rookie. At this point, we are not asking for much from Wentz, and it is very plausible that he delivers.

Even at this late point in the season we have a brand-new contestant in the saves carousel. The caveat has to be in place that Oakland is not exactly the strongest team so it is unclear how many opportunities Acevedo will truly have over the last few weeks of the season, but he does appear to be the guy for the A’s. Acevedo picked up saves in each of his last three appearances, which also happens to be his first three saves of the season. The right-hander has a solid 3.39 ERA and 0.97 WHIP with 54 strikeouts in 63.2 innings as looks to finish out a solid season in the closer’s role. The right-handed then continued his success by picking up his fourth save of the season on Wednesday.

Save opportunities have been hard to come by in Cincinnati, but with eight saves on the season (after another one on Wednesday) it does seem apparent that Diaz has settled in that role. As we look towards next year, there is also value on Diaz if you are dealing with any keeper ramifications, but now it is hard to argue with the results. Over 58.2 innings this season, Diaz has a 1.84 ERA to go along with a 0.98 WHIP while striking out 76 batters. We do have to watch the walks, 4.60 per nine innings, but to this point Diaz has been able to pitch out of trouble.