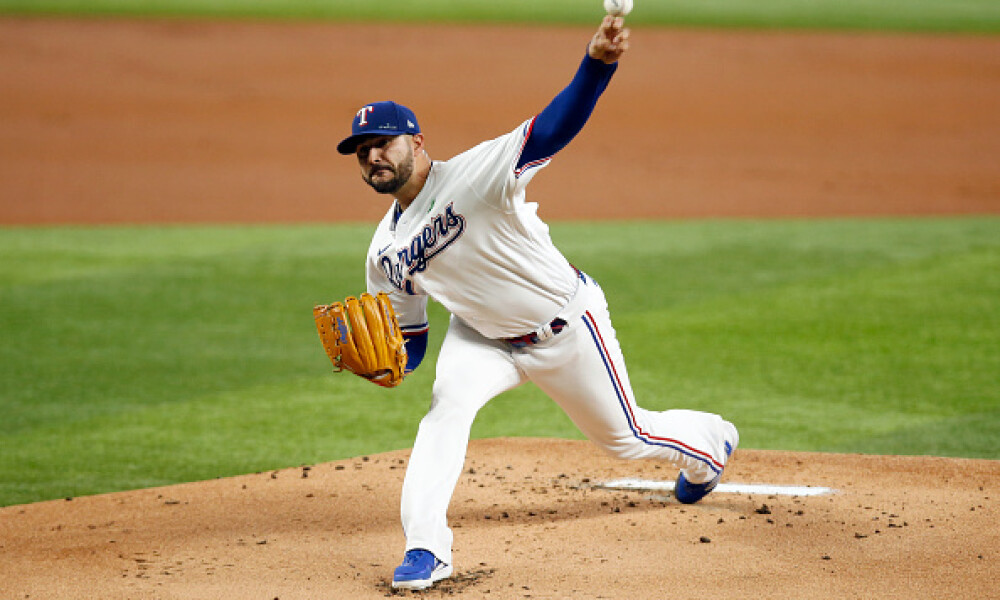 Fantasy baseball on Tuesday night was a game of extremes. A full 10 teams scored six or more runs while another seven teams scored zero or one run. I’m here with you today to help break it all down from a fantasy perspective. We had established studs like Kevin Gausman and Lucas Giolito struggling while up-and-comers like waiver-wire darlings George Kirby and Jordan Montgomery were electric. With June now officially upon us, that means we have four months of the season left, so make sure you are checking out FantasyAlarm’s fantasy baseball player rankings, waiver recommendations, and player spotlights. Let’s dig into the baseball action for the last day of May.

It shouldn’t get lost in Olson’s four-hit game with a homer that he also hit two doubles raising his total to 23 on the year. If that sounds like a lot through less than two months of a season, that’s because it truly is.

The all-time record for doubles in one season is 67 in 1931 by Earl Webb. The more modern record is held by Todd Helton in 2000 with 59. With Olsen already approaching half of Helton’s number, it seems like he has what it takes to come close to breaking the all-time record.  What’s also scary to think about is Matt Olson has a barrel rate (9.9%) that is three percent lower than his career average (12.9%). It’s absolutely possible we see the home run and double pace increase in the hot summer months in Atlanta.

George Kirby had been nibbling around the edges of a big start in his first four times through the rotation, but on Tuesday he was simply masterful against the Baltimore Orioles. Kirby went six innings, allowed just four hits, and struck out eight batters.

I mean that pitch is just simply nasty. Yes, this was the Baltimore Orioles who rank 23rd in runs scored and 26th in wOBA in 2022. But he did induce 12 swings and misses, good for a 25% swinging-strike rate. The hyped slider was especially working for him as he got 33% swinging strikes on that pitch. If he is learning how to harness that pitch, we could be looking at a potential top-25 pitcher on our hands the rest of the year.

After yet another performance where Martín Pérez allowed zero runs to an opponent, his ERA stands at a league-leading 1.60. He defeated the Rays 3-0 on Tuesday after allowing three hits, no walks, and five punchouts over seven strong innings.

According to Stathead, Perez becomes just the 23rd pitcher since 2000 to throw at least 56 innings in their first 10 starts and have an ERA of 1.60 or less. His name joins the ranks of Jacob deGrom, Pedro Martinez, Justin Verlander, Roger Clemens, Clayton Kershaw, and a host of other cream-of-the-crop elite pitchers. Whatever Perez is doing differently this season, just enjoy the ride. This is truly a historic and unprecedented start for the 31-year-old journeyman.

Of all the players who entered Tuesday night’s game with at least 100 plate appearances and exactly one home run, only Luis Arraez had a higher OPS than Alejandro Kirk. The expected batting average and expected slugging percentage showed that improvement was coming, and it came in a big way on Tuesday.

Kirk slugged two home runs, singled, and drove in four runs as the primary source of offense in the Blue Jays win over the White Sox. Many who drafted Kirk with catcher eligibility this year were waiting for the power to arrive, and hopefully this is the jumpstart he needs. Kirk enters the lineup as the DH most days, so he is a catcher bat you are likely to have in your lineup just about every day.

One other top fantasy performance on Tuesday goes to Patrick Wisdom, who homered, stole a base, walked, and scored a run in the Chicago Cubs’ thrilling win over the Brewers. Wisdom, who is now a fixture in the top third of the Cubs’ lineup, has been raking lately and is worth a look to see if he is available in your fantasy leagues.

In his last seven games, Wisdom is slashing .280/.419/.480 which essentially means he has been Jose Altuve in that span, much to the delight of his fantasy managers. Wisdom has a career-high barrel rate and exit velocity this year at the plate, but you just have to learn to accept the 38% strikeout rate. The going-nowhere Cubs should continue to play Wisdom most days even when they start calling up more prospects later in the year.

While attempting a bunt in the seventh inning on Tuesday, Segura was hit by the pitch and suffered a fractured finger. It’s a bad break for a player who was off to a fast fantasy start with six homers, eight stolen bases, and 21 runs. If you’re on team #NeverBunt, this is just another arrow in your quiver for that argument.

What was speculated on Monday became official on Tuesday afternoon. Tim Anderson was placed on the IL with a strained right groin. The hope is that he will just miss three weeks with the injury, but manager Tony La Russa said “maybe” when asked about that timeline. Anderson was, of course, lighting the world on fire with a .356 average and eight stolen bases. It’s a huge blow to whomever was relying on Anderson to anchor speed or batting average for their team.