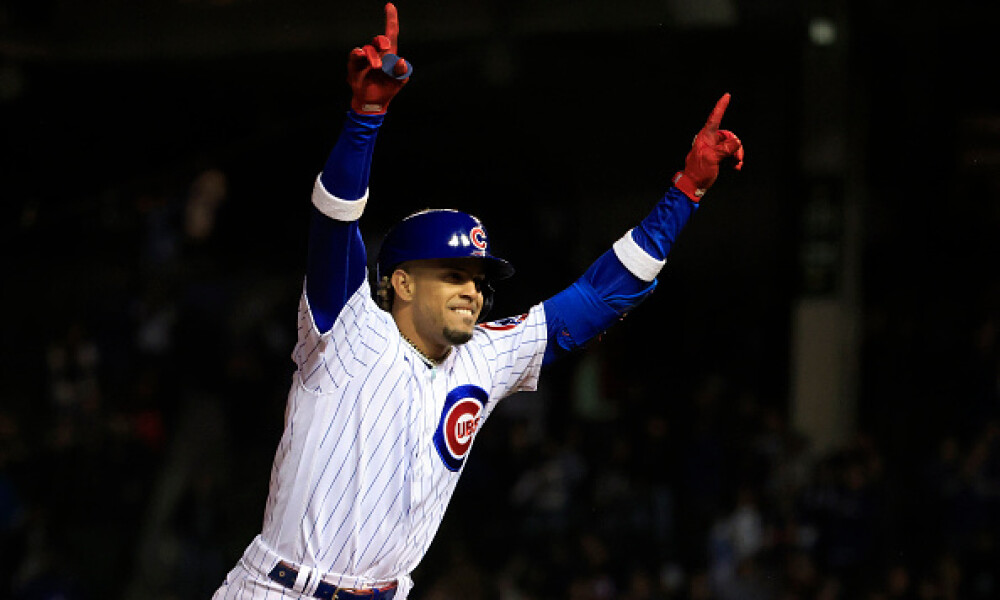 There will also be an updated Top 300 Prospects list out in a couple of days as well following the graduation of a few prospects like Bobby Witt Jr. and Julio Rodríguez.

Christopher Morel launched an absolute bomb onto Waveland Ave. in his electric, albeit short, MLB debut this week. The power shouldn’t be a shock given he grades out as a 55-grade power guy. The interesting part will be to see how the Cubs wind up using him. Morel has been developed as a super-utility type having played centerfield, rightfield, shortstop, second base, and third base in the upper minors. Given his profile, why shouldn’t he be used that way in the big leagues? What’s Morel's profile? A slightly below-average hit tool, though he hit .306 at Double-A Tennessee this year, with 55-grade power, 60-grade speed, and 65-grade arm strength. The frame is ideal at 5-foot-11, as he’s not too tall or too short for any particular position in the field. Across 326 total minor league games, Morel has posted a .242/.313/.413 slash line with 41 homers, 194 runs, 177 RBI, and 54 steals. He’s an intriguing guy going forward as his jackknife-type skillset may find him in the Cubs' lineup more often than not.

You may have heard me talking about Chase Silseth’s debut on this week’s Fantasy Baseball Podcast with Colby Conway and James Grande. If not, give it a listen and then let’s dive in more on Silseth here. He was drafted in the 11th round of the 2021 draft out of the University of Tennessee, but none of the four pitches in his arsenal are all that impressive. The fastball, slider, curveball, and changeup each have flashed above-average potential, but sit at average grades most of the time. It’s hard to judge much from his short time in the minors – 31.1 total pro innings – but he did have a 1.73 ERA at Double-A (2.70 FIP, 3.04 xFIP) with a 12.81 K/9 and 2.42 BB/9. The six-inning MLB debut for the Angels was solid, but not spectacular – which kind of fits his college and pro career to this point. Silseth profiles as a fifth starter at best.

A doubleheader usually gives teams a chance to bring up some arms that we’d normally not have seen until later in the year. That’s the case here with Martin. The 25-year-old righty got the spot start earlier this week with Lucas Giolito and Lance Lynn out. Martin has thrown 56 innings at Double-A or above since the start of 2021 and posted a 2.88 ERA (4.16 FIP, 4.08 xFIP) with a 26.07 K-percentage and 2.72 BB/9. He has a very good fastball-curveball combo with a solid slider as a tertiary pitch. Full disclosure, he’s already been optioned to Triple-A as of this writing, but he should be in line for more spot starts the rest of the season – and perhaps a spot in the rotation if the White Sox need a starter or go to a six-man group.

It’s not usual for me to put a reliever in the prospect report, but Brandon Hughes’ stuff and story warrant it. He was a college outfielder and was drafted as such in 2017. That didn’t work out in the majors and he was given the choice to switch to a pitcher in 2019. Now, he’s striking out major leaguers in the Cubs’ pen. The southpaw throws a sinker, slider, and changeup that led to zero runs allowed and 22 strikeouts in 16.2 innings between Double-A and Triple-A this year. Hughes struck out five hitters in 1.2 innings (seven batters faced) on Tuesday. With the injury to Daniel Norris, the reason Hughes came in, he’s the only lefty in the pen for Chicago and should be a factor for holds. It’s not sexy, but strikeouts and holds are things in demand for different fantasy baseball league types and Hughes can provide those pretty well.

While it’s true that Vidal Bruján came up last year – and then came back up earlier this week – he’s got a shot for more consistent playing time this season. He’s the Rays' top pick to fill in at second base for Brandon Lowe over the next few weeks, at least. If we’re expecting Lowe’s numbers, though, that’s not what Brujan gives. He’s got basically zero power (20-grade on the 20-80 scale) but has elite speed and a plus-hit tool. He’s more of a number 1-2-8-9 hitter who can get on base and then mess with a pitcher because of his speed. If Brujan is still available on the fantasy baseball waiver wire, you can consider picking him up despite his low batting average at the moment. Since 2018, he’s posted 44 or more steals every year in the minors and already had six swipes in 16 games at Triple-A Durham before the call-up.

2022 MLB Prospects Getting Called Up Soon

We’re still on the Nolan Gorman, Jonathan Aranda, Bubba Thompson, and Matthew Liberatore bandwagons, but the following MLB prospects might have a clearer path to the majors right now.

Jake Odorizzi is injured and Houston has been using a six-man rotation. Hunter Brown, meanwhile, has been very good at Triple-A Sugarland this year. That’s the path. It’s that simple. Brown is a guy that’s been overlooked in his career and then, when given the chance, he’s excelled. A fifth-round pick in 2019, after his lone full-time starting season in college, he started at Double-A in 2021 but pitched most of his innings at Triple-A in his first full pro season. This year, through 29.1 innings, he’s posted a 2.76 ERA (3.42 FIP, 3.91 xFIP) with a 41:17 K:BB ratio. In a combined 80 innings at Triple-A since last year, he’s struck out nearly 28% of the batters he’s faced. The righty uses a four-pitch mix anchored by a double-plus fastball-curveball combo with both being power pitches. His third and fourth pitches are an above-average slider and fringy changeup respectively. Brown is a No. 3 starter who should get some run with Odorizzi out.

The entire Pittsburgh offense is a flop right now. Still, there’s help that could be coming soon. No, we’re not talking about Oneil Cruz, who’s been struggling a bit at Triple-A. Instead, it’s Ji-hwan Bae who can fill multiple spots defensively. In the last 115 games in the upper minors (Double-A and Triple-A), he’s hitting .278 with 10 homers, 85 runs, 43 RBI, and 30 steals along with 18 doubles and six triples. It’s not flashy, but it’s good production from a guy that profiles as a leadoff or No. 2 hitter. Bae was originally a shortstop but now plays primarily at second with some center field added in at the Arizona Fall League in 2021. Overall, he has an above-average hit tool, little pop, and plus-to-double-plus speed. The Pirates are thin in the middle infield with Hoy Park and Cole Tucker both in the minors, Kevin Newman injured, and Josh VanMeter being just a guy. There’s a path to see Bae come up.

The Red Sox have been stung by the injury bug and poor performances all season – especially in their pitching staff. Currently, they’re running with four starters in the rotation as Michael Wacha, James Paxton, and Chris Sale are all still down with injuries. Josh Winckowski has been pitching well at Worcester over his first six starts this year and his final two last year. Over those eight starts (37.2 innings), he’s posted a 2.15 ERA, 2.75 FIP, and 3.35 xFIP along with a 28.7% K-rate and 6.3% walk rate. The downside here is that he’s more like a Chris Paddack type – meaning he needs a more consistent third pitch. Winckowski's fastball-slider combo is a plus but for major leaguers, a third pitch is needed. If his splitter or changeup or whatever he wants to call it comes around, he’s a No. 5 rotation type that could get spot starts coming up for Boston as they’ll need rotation depth.