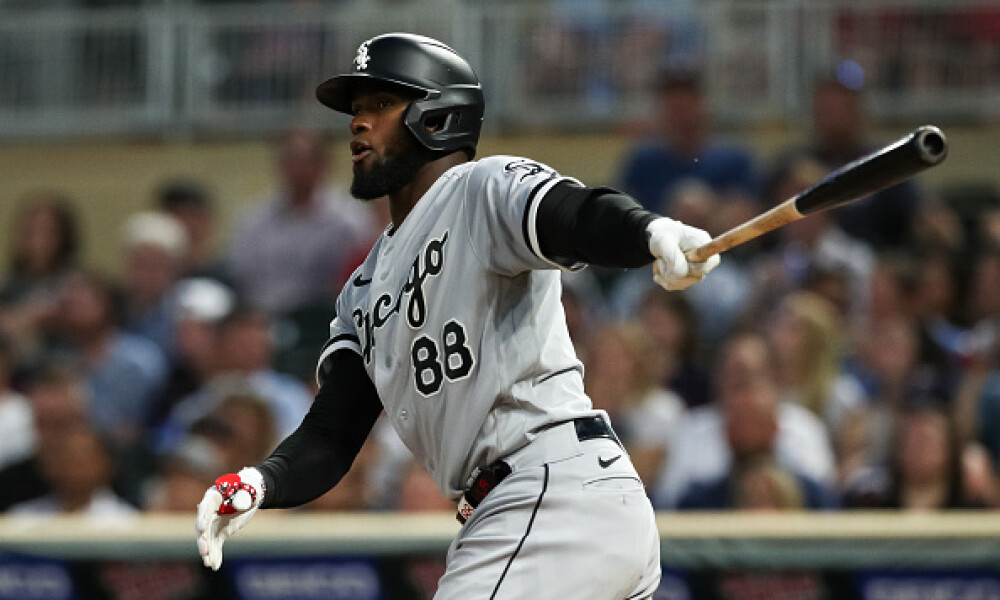 Fantasy baseball drafts are in full swing now that the MLB lockout has come to an end. Home leagues are setting draft dates again, high stakes leagues like the ones found on NFBC and RT Sports are seeing more and more drafts created and, of course, the fantasy baseball industry is going hot and heavy with Tout Wars and LABR. And let’s not forget about one of the most popular industry drafts of all – the BARF League.

If you haven’t heard of the BARF League, here’s the skinny – The Bay Area Rotisserie Fantasy League was created by Justin Mason in conjunction with the owner (and a few regulars) of the Wreck Room, a bar in San Francisco. As an avid listener to SiriusXM Fantasy Sports Radio and FanGraphs' Sleeper & The Bust Podcast, the owner of the bar and a few of his regulars wanted a chance to meet and compete with the fantasy analysts who lived out in the Bay Area, so they got together with Justin and created a league that included me, the late Lawr Michaels, Eno Sarris, Ray Flowers, Dalton Del Don and more.

The popularity of the BARF league has also recently inspired several other areas around the country to put together similar leagues. We have TARF in Texas, GLARF in the Great Lakes region and I believe NERF is either Northeast or New England. The emergence of these other leagues has brought about the EARTH League which is the overall governing body and the foundation of creating an overall championship format with a charitable spin on things. If you would like to consider starting your own regional division/league, you should check out the EARTH League Charter which should answer any and all of your questions.

As for the rules/style of this league, it is a 15-team 5x5 standard rotisserie format using NFBC rules. We each have $1000 in FAAB and there is no trading allowed. Not a fan of the no-trade policy but understand its need when money is involved, whether it’s all going to charity or not. Starting rosters consist of 2 C, 1B, 2B, 3B, SS, MI, CI, 5 OF, UT, 9 P and we each have a seven-player bench.

The BARF League is now in its seventh season and I am still looking for that elusive title. Is this the year I finally bring home the championship? We’ll see. Picking on the wheel in a 15-teamer isn’t easy, especially when drafting with such a strong group of players, but I feel like I did a pretty good job building a squad that has strong power and speed while also has a solid pitching staff as well.

What you have below is a look at all of my picks with thoughts written in real time, so you can follow my draft strategy, thought process and other reactionary moments.

Freeman remains unsigned, but he’ll hit no matter where he lands. He gives me a reliable, power-hitting first baseman which is not a deep position, by any means. Robert gives me the speed I need to start with early, but also augments my power nicely. Yes, I’m giving up front-line starting pitching in a 15-teamer, but I’m not concerned.

Still don’t feel the need to attack the pitching so going with more power and speed. Passed on some solid middle infield talent, but I’m not into Marcus Semien in Texas and Chisholm steals more than Lindor and Baez. He also has eligibility at both second and short so the flexibility will help with roster construction. Crazy to take another first baseman? I don’t think so, especially with a corner-infield slot to fill. I’ve always been a huge Olson fan, so maybe there’s some fandom in the pick, but you can still rationalize it as if you were taking any 40-home run bat.

Was hoping for a pair out of Flaherty, Lance Lynn and Joe Musgrove, but two of them went a couple of picks ahead of me. I believe Flaherty can return to what we saw in the first half of last year, before the oblique injury, and a full season of health puts him back into that ace category. Really liked what I saw from Manoah last year. He had solid numbers at home, has a strong K-rate and is definitely a young starter on the rise.

Disappointed Greg Smith took Carlos Rodón on the way back in the sixth. This is a Bay Area league…

Probably a bit of a reach on a pair of young arms but I love what both guys bring to the table. With so many picks between now and my next turn, I wanted to lock them down. Some surprisingly good offense still left on the board due to this being a pitcher-heavy draft. Should have no problem rounding out the rest of my hitting with quality bats. Need to hit catcher at least once. Looking at Tyler Stephenson. No one else to rush, though.

Greg Smith takes Tyler Stephenson and sadly I have to pivot.

With my top catcher gone, I wanted to start filling in my outfield and since you can still find power a little later, I thought I would lock down speed. I know Straw is more of a one-category guy, but he’ll be suitable help in runs scored and batting average as well. If there’s a category to lock down, speed is the one. I know Meadows’ batting average sucked last year, but I still believe in the player. Even if he just brings it up to .260, I’m happy because he’ll add power with a splash of speed. Gonna need some saves.

David Bednar is yet another snipe from Greg Smith.

I get an outfielder who has good power and hits for a respectable average…maybe splash in a few steals. I also get the same at second base with Wong.  Very happy with the way the offense looks right now, though I do need to grab a third baseman as that is drying up fast. Saves too.

Steve Paulo takes Mike Clevinger which makes me feel just as good as when he took Witt.

Lots of closers have come off the board in two of the last three rounds, so I had to grab Barlow for some saves. Thought about the double-tap, but none of the relievers on the board are worth getting excited about. Third base is a need and Escobar should fit in well on a competitive team. Park factors may hinder some power, but he fills the need here.

Dang. Adley Rutschman goes to Doug Thorburn. Might have to hit the catchers next.

What’s left down here for catchers should be a criminal offense. You either get power or you get batting average. You don’t really get both. So we’ll take one of each and simply move on. Going to now have to attack pitching in a major way.

Ynoa is a solid back-end of your fantasy rotation kind of guy and he becomes even more if he pitches the way he started out before the injury last year. And even the closer of a bad team like the Rockies is going to get me some saves. Pitching depth is going to be necessary, but can also do some of it with closers-in-waiting.

I don’t love the landing spot for Kikuchi, but maybe something clicks for him like it did Robbie Ray. Sulser is a decent reliever who is, at the very least, in the saves mix for the Orioles. No, not much to go around there, but still…as a third reliever who has a decent K-rate too? I don’t see why not.

High-upside rookie who could get a chance to start in the majors with whispers of expanded rosters for the month of April. My cousin Tony could grab a couple saves here and there, plus great strikeouts for a reliever.

Stable middle infielder who will help with batting average. Any power or speed he provides will be gravy. Greene gives me another high-upside rookie who could deliver 120 innings with decent ratios and strikeouts.

I get a 25-homer bat to back up Escobar at third for me? That’ll work. Moore provides depth and speed at both second base and the outfield.

This draft has been really, really long. Like five hours and counting…

According to my inside sources (Jim Bowden), Lodolo could find his way into the starting rotation before Hunter Greene, so if that’s the case, I’ll take his strikeouts nice and early and just monitor his match-ups. Farmer is a utility guy who is expected to hold down the starting shortstop gig until Jose Barrero is ready. But even when the youngster is ready for prime-time, Farmer’s versatility and solid bat will have the Reds finding him work all over.

So there you have it – my 2022 BARF League team. With no trading allowed, I will have to stay vigilant on the waiver wire, especially with regard to pitching, but I feel very confident that this team has a fantastic foundation to open the year.