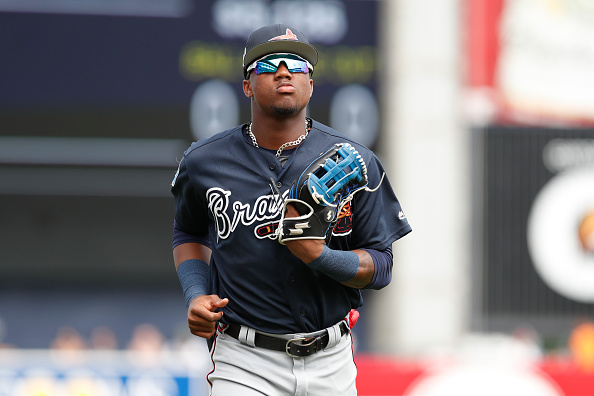 Suggesting the 60-game sprint season in the MLB for fantasy purposes as anything but frustrating would be an understatement. Trying to navigate around COVID-19 issues, pending doubleheader effects on rotations, fewer at-bats plus bullpens, transparency of injuries and teams trying to determine to buy, sell or hold puts fantasy players in the midst of a perfect storm. Not a fire tornado, or actually, maybe so.

Over the last week, these players landed on the injured list, and it does not even reflect all the names:

When speaking to trying to figure out the severity of injuries, how teams report them varies. For instance, Tyler Chatwood got scratched on Friday night, then reports surfaced suggesting he could start early this week then on Sunday he’s placed on the injured list. If a league runs waivers on Saturday and one owns Chatwood, the chance to get a replacement could have been lost. On Sunday, news broke regarding the Bo Bichette knee injury with one beat writer suggesting it could sideline him up to a month. Then, a couple hour later, this tweet emerged:

At this point, belief is no ligament damage and rehabilitation is expected course of action, but all that to be confirmed tomorrow. Possible, as @longleysunsport suggested, he could miss up to a month, but all that is pending specialist's read of MRI results.

For now, Bichette owners can sit him this week and hope for the best. Again, for leagues which run waivers or FAAB bids on Saturday night, a replacement may not be on the roster which places more emphasis on targeting players with multiple eligibility to weather this truncated season.

Our pandemic, COVID-19, continues to wreak havoc with St. Louis about to run a gauntlet of doubleheaders to make up lost contests while the Reds versus Pirates series evaporated over the weekend. As this does not feel like enough, this tweet by Jon Heyman clouds the already murky return to play protocol for players who test positive:

New MLB Covid rule: players who test positive can apply to return to play in 10 days even if they continue to test positive (but still need MLB joint committee OK) and r very likely to be allowed back after 14 days even w/continuing positives. Reasoning: contagiousness dissipates

Decisions by players also affected rosters with Cleveland sending 40 percent of its rotation to its off-site training facility when Zach Plesac and Mike Clevinger broke protocol going out in Chicago.

Taking all of this into account, the trade deadline looms on the horizon less than two weeks away with some clarity in the American League as to who may be buying and selling, but in the National League it remains wide open. Staying ahead of the competition may be tantamount to success in fantasy. But with caution as well. This quote from the Rays front office resonates not only for this season, but trying to decipher values for 2021 in fantasy baseball:

Neander’s speaking to the Rays feasting on the Red Sox bullpen fueling its run totals. Brandon Lowe appears on the precipice of a power breakout but does competition weigh in as well? Drafting Blue Jays made sense but how will playing their home games in a Triple-A park affect valuation for the future? Baseball can be fluid year-to-year in terms of performance as evidenced in this quote from future sellers in the market, Boston’s Chaim Bloom:

Should one wish for a Boston player on their roster to be traded? Well, perhaps as this quote in the article by beat writer Peter Abraham:

In an effort to sort out how the playoff odds appear as of Monday morning, August 17th, here’s the Fangraphs playoff odds for each league split into tiers.

“In the mix” Tier

Tough questions face the Tigers and Royals. Do they try to remain on the periphery of the playoff chase or do they sell expiring contracts on veterans with eyes on the future. This week may determine their fates. How in the world does a team with Mike Trout remain so low in the playoff odds with two more spots added in 2020? Can the newly restructured bullpen in Texas buoy their chances for the postseason?

“In the mix” Tier

It’s crystal clear the Pirates will be selling Keone Kela , so he needs a big week or two to push up his trade value to get maximum value. San Francisco’s bullpen blew leads of four and five runs to the A’s over the weekend only punctuating its need for high leverage arms. However, looking at the Giants playoff odds, promoting Joey Bart , no matter how much sense it makes may not happen to depress his service time. While the Dodgers continue to manipulate the time on Gavin Lux , an injury forced their hand promoting catcher Keiber Ruiz who promptly homered in his first at-bat.

Seeing the gaggle of teams in the mix means how they perform and withstand injuries may determine their course of action.

Random Thoughts, Observations and What To Watch For in the week ahead

Every year fantasy analysts, myself included, try to find a way to take someone over Mike Trout first overall. Since returning from the birth of his first child on August fourth, here’s his numbers:

How losing over 100 games may affect Trout’s career numbers for the Hall of Fame along with place in baseball records gets overlooked as he’s smack dab in the middle of his prime. With eyes on the future, next year’s debate will be Fernando Tatis Jr. first overall or Trout. Wash, rinse, repeat. Though, Tatis Jr. looks absolutely locked in right now leading the majors in hard hit percentage (65 percent) with nine home runs and five stolen bases in only 23 contests.

Does command or stuff determine if a pitching prospect attains fantasy relevance? When assessing players in the minors, statistics can be manipulated to serve one’s assessment but do pitchers who pound the strike zone get passed over for one’s who appear in GIF’s? For instance, Shane Bieber arrived in the majors without the acclaim of many pitchers taken ahead of him in fantasy drafts but he’s on a path to the American League Cy Young Award through his first five starts with a 4-0 record, a ridiculous 54:6 K:BB in 34.2 innings with a 1.30 ERA and 0.72 WHIP.

During his time in the minors, Bieber recorded a 24.1 strikeout percentage with a minuscule 1.8 walk rate with a 2.24 ERA and 0.975 WHIP. Detroit needs a starting pitcher on Tuesday with Iván Nova landing on the injured list. Could Casey Mize or Matt Manning get the call? How the Tigers move forward at the bottom end of playoff periphery remains in question, but for our purposes, here’s each pitcher’s numbers in the minors so far:

Atlanta also needs reinforcements in its rotation with the loss of Mike Soroka to injury and Sean Newcomb being sent to the training site to work on his mechanics. Many hope this guy gets the nod:

Should injuries be the only reason Clint Frazier plays on a daily basis in the Bronx? Not sure. However, he’s doing his best to prove why he belongs in the majors with a robust .533/.563/.1.133 slash line with two home runs and eight RBI his first 16 plate appearances. His Statcast numbers reinforce this with three barrels and eight hard hits (exit velocity of 95 MPH or better) fueling a 95.1 MPH average exit velocity plus a 72.7 hard hit rate.

Needing a boost, and taking attention away from its leaky bullpen, the Phillies called up Alec Bohm. He enhances the lineup and his spray chart from last year in the minors suggests his approach will translate:

Can fantasy owners or the White Sox afford full-time at-bats from Edwin Encarnación right now? Through 50 plate appearances, he’s hitting .149/.184/.277 with two home runs and three RBI. His swinging strike percentage sits at a career worst 15.9 percent, his contact rate remains in free fall to 66.7 percent (just under 10 percent lower than last year) and his Z-contact (in the strike zone) also resided 10 points lower than 2019. Using Statcast data, Encarnacion’s registered 24 batted ball events with seven hard hits but an average exit velocity of 81.7 percent. It may be time for Andrew Vaughn to take over at designated hitter so a stash of him could pay off if the White Sox truly remain intent on making the playoffs.

Cut short by the COVID-19 positive test in Cincinnati, the Reds games against Pittsburgh will not be made on Monday. But Jesse Winker remains on fire in fantasy. He’s hitting .365/.484/.712 with five home runs, eight RBI and one stolen base. He’s trading contact being more aggressive evidenced in a rise in his swinging strike percent but Winker’s also reduced his swings and misses at pitches outside the strike zone.

Dominic Smith lost his home run streak on Sunday but homered in four straight games prior. Not sure how the Mets kept him buried in the past but circumstance placed him in the lineup and Smith, like Frazier above, should not leave it going forward. His last 65 plate appearances yielded 42 batted ball events with seven barrels and 18 hard hits (42.9 hard hit percentage) at a 16.7 degree launch angle. In this 18 game sample, Smith’s hitting .309/.385/.505 with 10 runs, seven home runs and 19 RBI. Yes, it’s a small sample but he’s hit 31 home runs in 541 career major league at-bats (one every 17.5) and entering his power peak (Smith turns 26 next year).

This week’s Swiss Army Knife candidate to target goes to Erik González of the Pirates. Wait, there’s someone producing on this team? In traditional 20-game requirement leagues, Gonzalez only owns shortstop eligibility but Bichette owners may kick the tires on him as a short term replacement. However, on Yahoo, Gonzalez can be deployed at shortstop, third base and in the outfield meaning he’s eligible in five spots for leagues with middle and corner infield spots. Through 13 games, Gonzalez sports a .349/.349/.558 slash line, yes he’s not an on-base guy with what seems like an inflated BABIP (.400) but his career rate of .354 suggests it may not fall off by much. He’s hit a home run with nine RBI and his batted ball data of 38 events with an average exit velocity of 92.8 MPH plus a 58.3 percent hard hit rate makes him a player of interest.

As far as what to watch for in the week ahead, here’s some items of interest:

So many questions and so few answers in the week ahead. As to St. Louis, keep an eye on this guy emerging in high leverage ala Carlos Martínez last year:

Alex Reyes strikes out the side in the 5th #stlcards pic.twitter.com/8mPBOqGWdE

As always, be sure to stay with Fantasy Alarm to remain ahead of the competition and be safe.