Greg Jewett takes a closer look at Atlanta Braves shortstop Dansby Swanson to let fantasy baseball owners know what to expect during the 2020 MLB season...whenever it starts up. 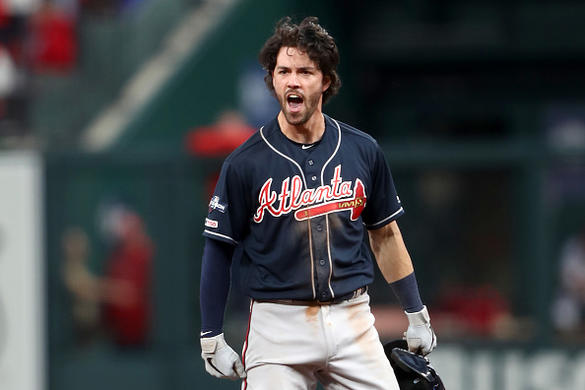 Playing through or returning from injury too soon can depress a player’s statistics. On the surface, Dansby Swanson turned in a breakthrough season in 2019 with 77 runs, 17 home runs, 65 RBI, 10 stolen bases and a respectable .251/.325/.422 slash line over 127 games. His walk (9.4-percent) and strikeout (22.8-percent) rates remained stable as did his underlying discipline metrics. Swanson did reduce his O-Swing (outside the strike zone) to 27.9-percent from a career-worst 36.5-percent the season prior as well.

When delving into his breakout, it’s even more stark within his results prior to a right heel injury suffered on July 23rd and his return in late August. Focus on the drop in power along with the dip in his slash lines pre and post injury: