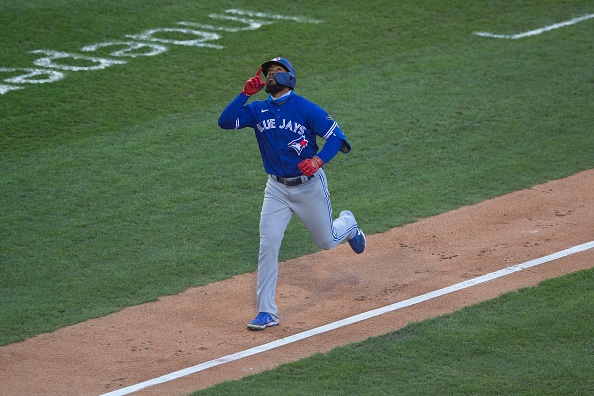 When healthy, you’re hard-pressed to find an offensive profile quite like Toronto’s Teoscar Hernández . In 2020, he posted an average exit velocity and barrel rate in the 98th percentile. In 2020, across 50 games, Hernandez slashed .289/.340/.579 with 16 home runs, 33 runs scored, 34 runs batted in and six stolen bases. The strikeout rate dipped a little, which is good, but it’s still a bit higher than one’s liking. However, the moral of the story remains the same. Hernandez’s durability concerns, as well as the increased propensity to reach the third strike are substantial hindrances to long-term, sustained production.

You can be successful and strikeout a lot, but it certainly makes it harder! Over the past three years, his strikeout rate has been in the 4th, 2nd, and 12th percentile, while his whiff rate has been in the 1st, 5th and 8th percentile. Yikes. There is always going to be some swing-and-miss in his game, and he’ll likely be a 30 percent strikeout guy each season, but if he continues to mark loud, hard contact, fantasy owners can live with a reduced batting average due to the increased frequency of punching out.

Is he going to hit .289 or anywhere near that? My guess would be no, however, it’s hard to be confident in that when Hernandez has posted a double-digit barrel rate and an average exit velocity above 91 miles per hour each of the last three seasons. Also, I do expect pitchers to attack him differently, based on his results from recent seasons. 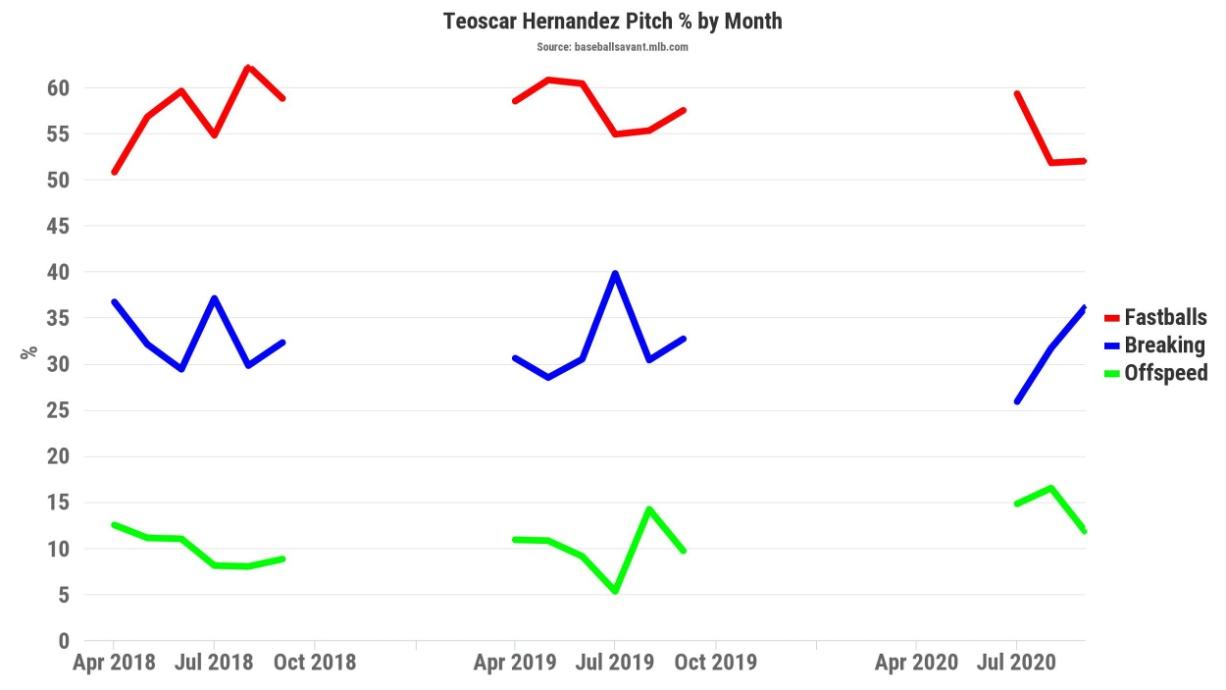 You could see it happening a bit there in 2020, as the fastballs dipped, and breaking stuff jumped. In 2021, it should be more pronounced, as Hernandez has and will continue to absolutely demolish fastballs.

Since being recalled from the minors in early June of 2019, Hernandez has been excellent. Spanning 136 games and 530 plate appearances, the slugging outfielder has hit .265 with a .560 slugging percentage, 39 home runs, a 41.4 percent fly ball rate (30.7% HR/FB) and 14.9 percent barrel rate. To hammer the point home further, since June 5th of the year 2019, here’s where Hernandez ranks amongst qualified hitters:

There are some durability concerns with Hernandez and he’s spent time on the disabled and injured list in recent years with knee and oblique ailments. There have also been some minor league stints mixed in there, but he’s yet to appear in more than 134 games in a season.

I am as intrigued as the next person by his batted ball profile, and his performance over the last year and a half, but his current average draft position (late-fifth/early-sixth rounder in 15 team setups) puts him in a position where I am paying for the upper tier of his outcomes. As the 21st outfielder off the board, per NFBC data, sure, he can outperform others ahead of him, but with a likely decline in batting average, if anything falters, it’s going to be tough for him to pay off his investing price.

Having outfielder eligibility is huge in this comparison, but if you want power upside and aren’t too concerned with batting average or anything else, why not wait for Franmil Reyes ? If you want the durability aspect in there, why not Giancarlo Stanton ? Again, the latter two guys are UT-only, whereas Hernandez can go in your outfield, but still.

There’s far more that can go wrong with Hernandez in 2021 at his price point. Again, he boasts an impressive batted ball profile, but there are other concerns in play, and he most certainly will not reproduce 2020’s .289 batting average. If the strikeout rate jumps back to 33 percent, don’t be surprised if he is a.250 hitter at best in 2021.